Orchestra tuning up for Party celebrations

Shanghai Symphony Orchestra will celebrate the 100th anniversary of the Communist Party of China from next month with a series of concerts, classes and exhibitions.

The events will include new commissioned compositions, a tour of places historically important for the Party, interactive exhibitions and classes that combine the history of music and the Party. 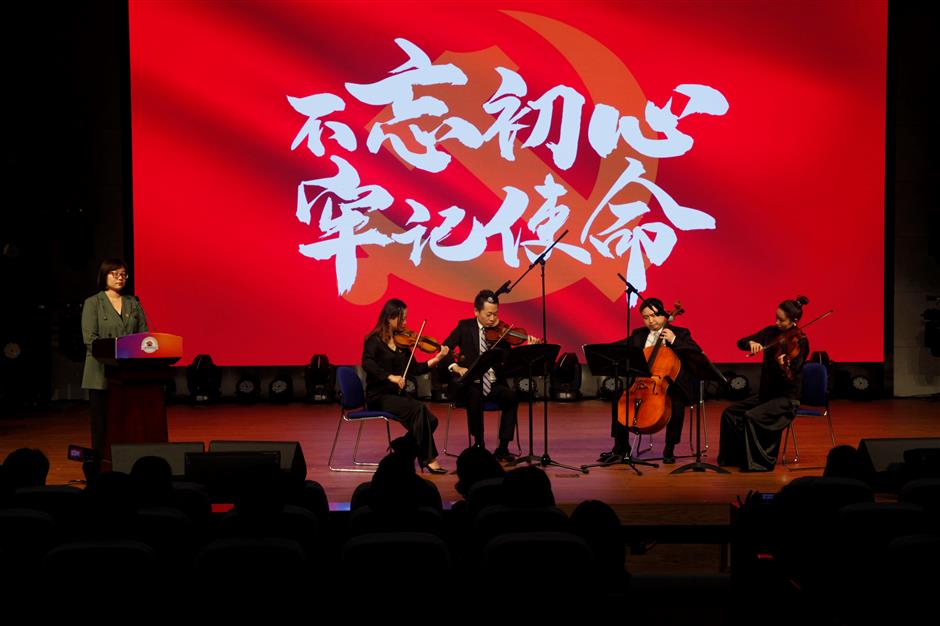 Shanghai Symphony Orchestra is launching a series of activities to celebrate the 100th anniversary of the Communist Party of China.

"Shanghai is where classical music started in China, and it was where the Party was founded. Naturally, many widely popular and important songs were composed or premiered here," said Zhou Ping, director of the orchestra.

"We have dug into our rich resources and started offering some music classes that combine the history of classical music and the Party last year. The one-hour classes include live performances, introduction of key musicians as well as stories behind some masterpieces."

The classes were only offered to groups of several hundred people last year. After interest from individuals and smaller groups, the orchestra updated the content, and small groups of 20 people and more will be able to take the courses together.

A recording of the classes is in production and expected to be launched in July.

Last year, the orchestra's music director Yu Long commissioned work from four Shanghai-based composers in celebration of the anniversary, based on their different age, backgrounds and understanding of the stories behind the Party. The orchestra will take these compositions on a "red" tour in six cities from April. The concerts will also be livestreamed.

In June, the orchestra will host an interactive sound exhibition with many archived sounds from the Party's history reinnovated through new technology. Visitors will not only be observant of the history, but also be time-traveling participants through interactive games and quizzes. A series of concerts will also be held in the same month.