When mentioning a foreign architect in Shanghai in the early 20th century, many would immediately think of Laszlo Hudec (1893-1958), who designed more than 60 buildings in the city.

However, Abelardo Lafuente (1871-1931), a Spanish architect who seems to have faded into oblivion, also designed a number of buildings in Shanghai during the 1910s-20s, in which his signature neo-Arabic style has stood the test of time for nearly a century.

Some familiar buildings designed by Lafuente are featured in a short video at "The Chinese Dream of Spain, 1845-1945," an exhibition currently running at the Miguel de Cervantes Library in Shanghai. Through pictures and related documentation, the exhibition comprises three chapters – "First Spanish Diplomats to China," "Spanish Community in China," and "China ... Not So Faraway."

With an approach that combines both macro- and micro-historical perspectives, the exhibition sheds light on how Sino-Spanish ties evolved from the mid-19th to the 20th century.

The opening chapter begins in 1844, when Sinibaldo de Mas became the first Spanish diplomat to arrive in China.

The second chapter chronicles the lives of Spaniards in China during that period by examining their preferred lifestyles in terms of multinational communities, new restaurants and sports such as jai alai and basketball.

Finally, by re-examining how writers, architects and photographers have contributed to good relations between the two countries, the last chapter explains how they helped rejuvenate China's image in Spain.

In addition to the exhibition at Miguel de Cervantes Library, an extension show titled "Spanish Architecture in Shanghai and Works" is on display at South Shaanxi Road Metro Station.

Throughout October and November, the library will also host a series of parallel events, including guided tours of existing Spanish-style buildings designed by Lafuente, enabling people to appreciate his architectural treasures at close range. 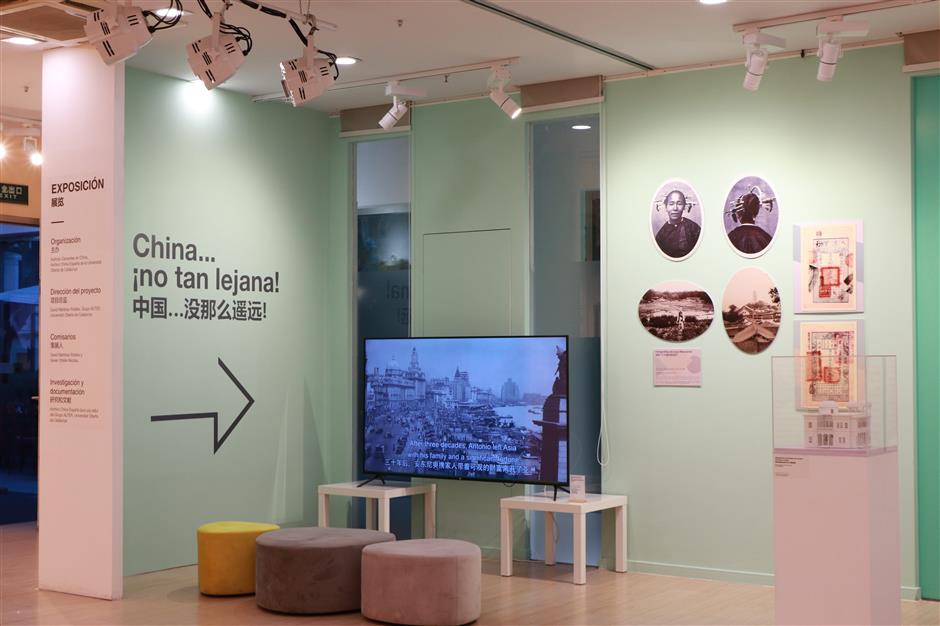 The exhibition at the Miguel de Cervantes Library features pictures and videos related to the life of Spaniards in China from the mid-19th to the 20th century.