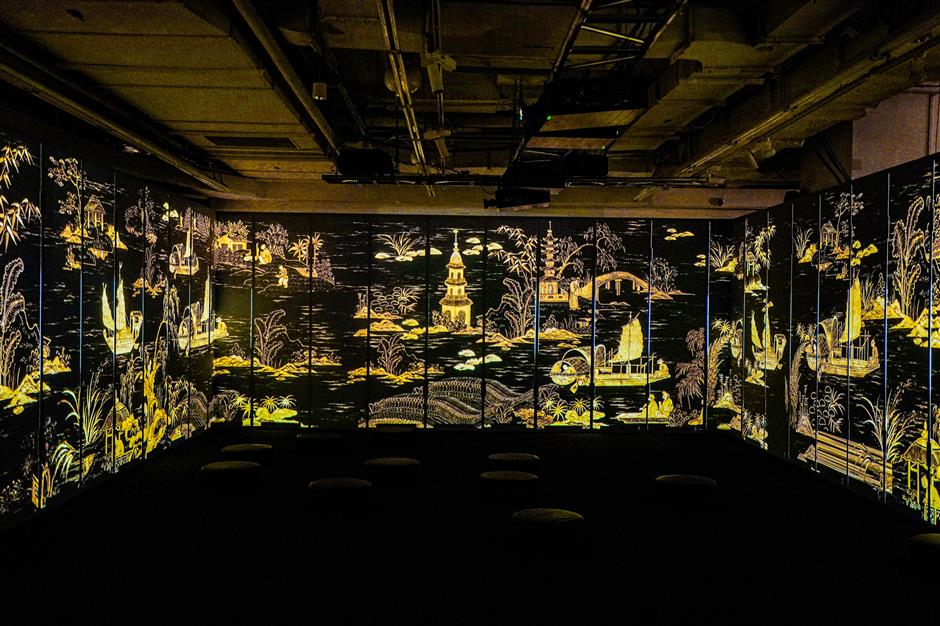 A copy of a letter written by French King Louis XIV (1638-1715) to Chinese Emperor Kangxi (1654-1722) is one of the highlights at a unique exhibition titled "Voyage de Savoir-Faire" underway at K11 Art Museum.

Although the letter written in 1688 never reached the Chinese emperor, it unwittingly alludes to the chinoiserie style that ultimately swept through Europe at the end of the 17th century.

The exhibition, organized by K11 Craft & Guild Foundation (KCG), reveals the charisma of the craftsmanship involved in creating gilt-decorated black lacquer items, a look that became a hallmark of the celebrated chinoiserie era.

Fourteen antiques from the period, collected by KCG, are presented in a digital way the craftsmanship behind them and its influence in Europe.

The exhibits offer an insight into the impact of Chinoiserie across Europe, allowing visitors to explore the far-reaching and explosive influence of this craft culture on the world at the time.

Founded in 2018, KCG, a registered charity for arts and culture, aims to conserve and rejuvenate fast-disappearing Chinese craftsmanship and make crafts more accessible to the community. 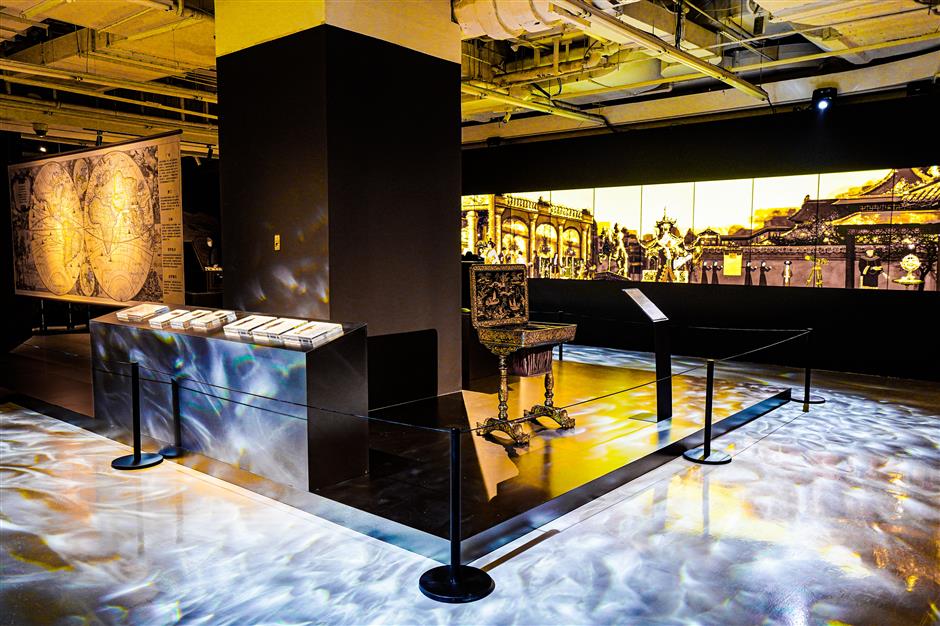 For example, a long screen showing the naval routes between China and Europe immediately catches the eyes of visitors.

The artisans of the Ming (1368-1644) and Qing (1644-1911) Dynasty palaces brought the craftsmanship of gilt-decorated black lacquer to the zenith of its development.

They skilfully infused, with exquisite subtlety, images of landscapes, flowers and birds, and legendary stories or decorations into daily utensils and items.

Some of these treasures crossed the oceans to the other side of the world where they contributed to igniting the popularity of this fashionable new trend.

For example, one of the screens shows that Louis XIV held a grand chinoiserie party at the Chateau de Versailles where guests "cosplayed" in Chinese costumes on January 7, 1700.

And the letter that he wrote to Emperor Kangxi is also proof of the great passion the "Sun King" held for Chinese culture and art.

One of the many highlights is an early 19th century gilt-decorated black lacquer game box consisting of six gold trays and four small boxes.

All the surfaces are gilt, and the cover depicts an elegant scene of Chinese aristocrats featuring four phoenixes on the four corners.

The side is also painted with traditional motifs such as double dragons playing with pearls.