Hoi An, an alluring slice of Vietnam heritage 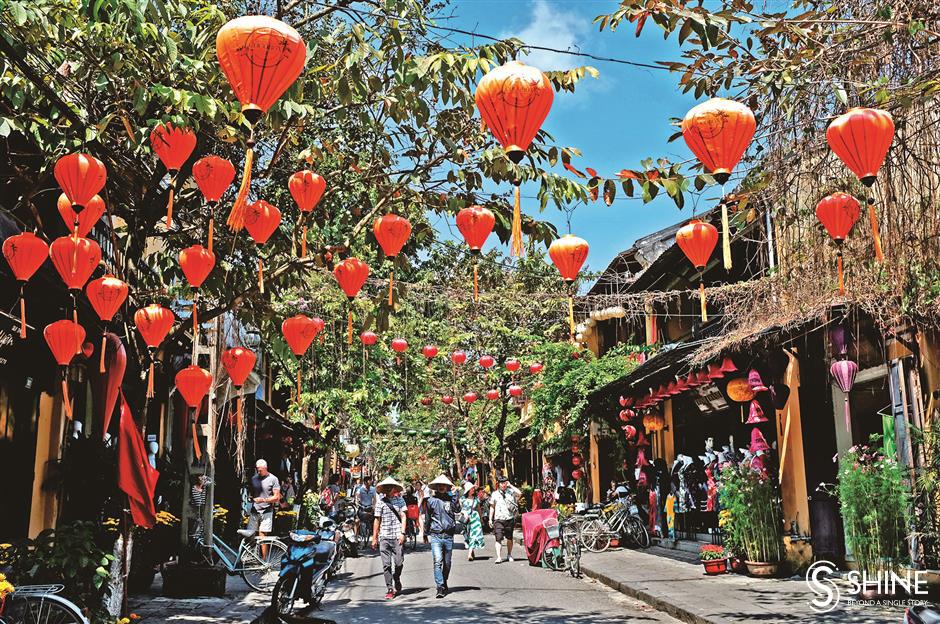 The old town of Hoi An comprises a well-preserved complex of 1,107 timber frame buildings.

Even as tourism reshapes Vietnam’s central town of Hoi An into a more worldly destination, the inimitable appeal of this ancient city and nostalgic vibe endures.

Historically Hoi An was known as a prosperous trading port between the 15th and 19th centuries, when many Chinese and Japanese immigrants and merchants settled. And the ancient town still beguiles its guests with a mix of heritage architecture from several cultural influences, illuminated lanterns, teahouses and vendors with their multi-colored offerings of exotic fruit and local snacks.

Despite its commercial side, Hoi An is a perfectly preserved port town with hundreds of 17th and 18th century timber frame buildings forming a captivating slice of Vietnamese heritage. It’s for this reason that UNESCO listed Hoi An Ancient Town as a world heritage site in 1999.

Tourists, both domestic and international, have been flowing into this former trading port ever since it’s acquired World Heritage status. They wander pedestrian streets populated with well-preserved unique architecture and soak up the energy of the bustling town. 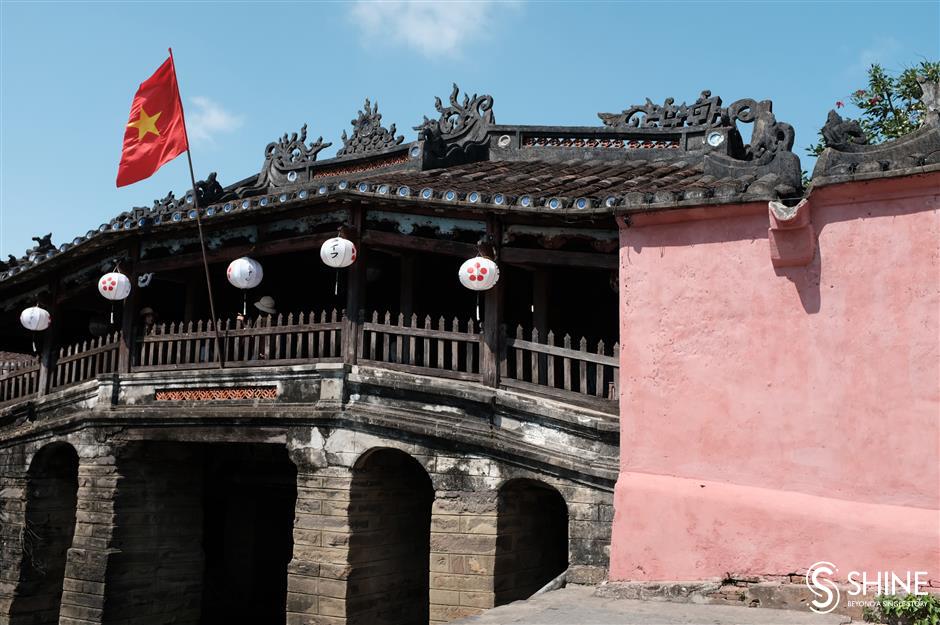 The Japanese Bridge at the western end of Tran Phu Street is hard to miss and is considered a symbol of Hoi An.

Hoi An is unique in Vietnam thanks to its fusion of indigenous and foreign cultures (principally Chinese and Japanese with later European influences) that have combined to produce this quintessential locale. However, avoid wandering around the ancient town from 4pm as it is usually packed with tourists.

It’s worth spending a full day from early morning to explore its many enhancing details and beauty. In the old quarter’s slow-paced lanes, tourists slowly wander around while residents pedal by on bicycles.

The town comprises 1,107 well-preserved timber frame buildings, with brick and wooden walls, which include architectural monuments, commercial and domestic vernacular structures, notably an open market and a ferry quay, and religious buildings such as pagodas and family cult houses.

The houses are tiled and the wooden components are carved with traditional motifs. Along narrow pedestrian streets, they are arranged side-by-side in tight, unbroken rows. Each passing house holds its own charm. Some are used for retail, teahouses or restaurants while others remain as personal dwellings. The historic landscape setting is also intact, consisting of a coastal environment of river, seashore, dunes and islands. 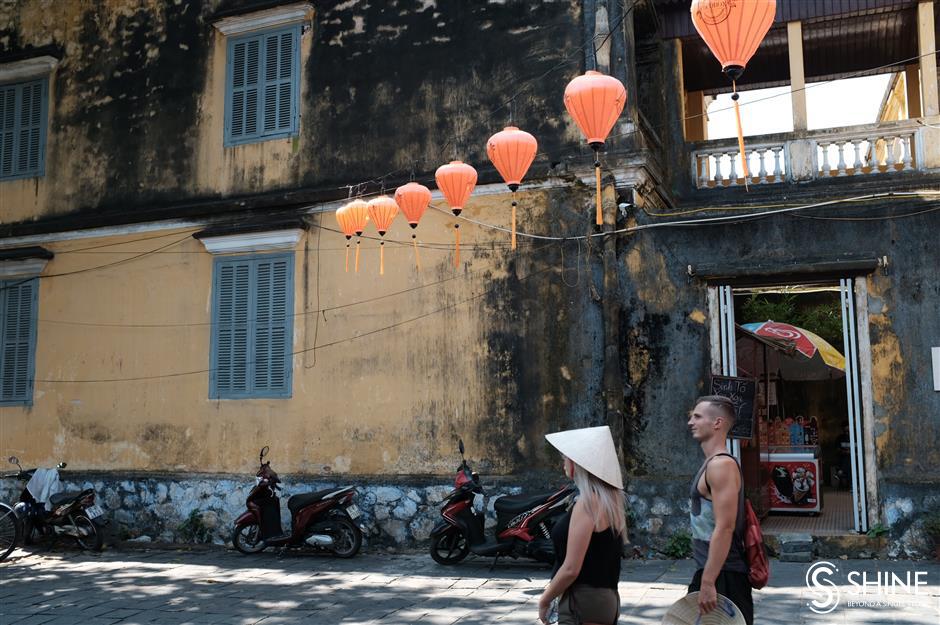 In the old quarter’s slow-paced lanes, tourists slowly wander around while residents pedal by on bicycles.

Hoi An Ancient Town is a living museum. They have chosen several important merchant houses, a Japanese bridge and temples as primary symbols for one wanting to know more about its history.

The Japanese Bridge at the western end of Tran Phu Street is hard to miss and is considered a symbol of Hoi An. It shows the significant impact the Japanese had in the region back in the 18th century as the bridge was originally constructed to connect the Japanese community with the Chinese quarter, separated by a small stream of water. After centuries, it still remains aesthetically pleasing and it is one of the most popular spots for picture taking.

The ancient town on the Vietnamese coast has charm, history and beauty to spare. It is also budget-friendly, and for foodies, a delight. 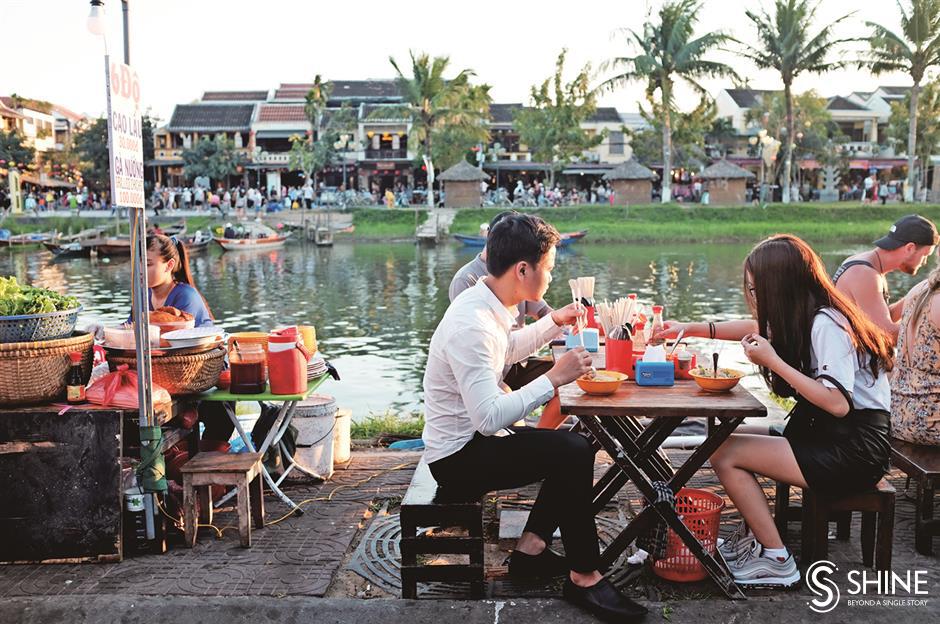 One would devour every kind of food experience here — grazing street food snacks from roadside vendors, slurp noodles on plastic stools or dine at a decent restaurant.

One would devour every kind of food experience here — grazing street food snacks from roadside vendors, slurp noodles on plastic stools or dine at a decent restaurant. Tourism these days is the lifeblood of Hoi An, so it is exciting to see new shops and restaurants bring a contemporary touch to the city’s layered culture and elevate the local gastronomy to a new level.

Didier Corlou is one such innovator. He was among the first European chefs to work in postwar Vietnam, at Hanoi’s iconic Sofitel Metropole. After establishing his own restaurant in Hanoi, he has been researching the influence of the sea and the spice trade on Hoi An’s culinary practices and opened a beautiful restaurant inside a former spice house offering his fresh take on local traditions. Local produces, herbs and spices are inventively used in the French chef’s cuisine and every single detail from tableware to service is done perfectly — a delightful experience during my trip. One can also bring back their special cinnamon coffee beans for souvenirs. 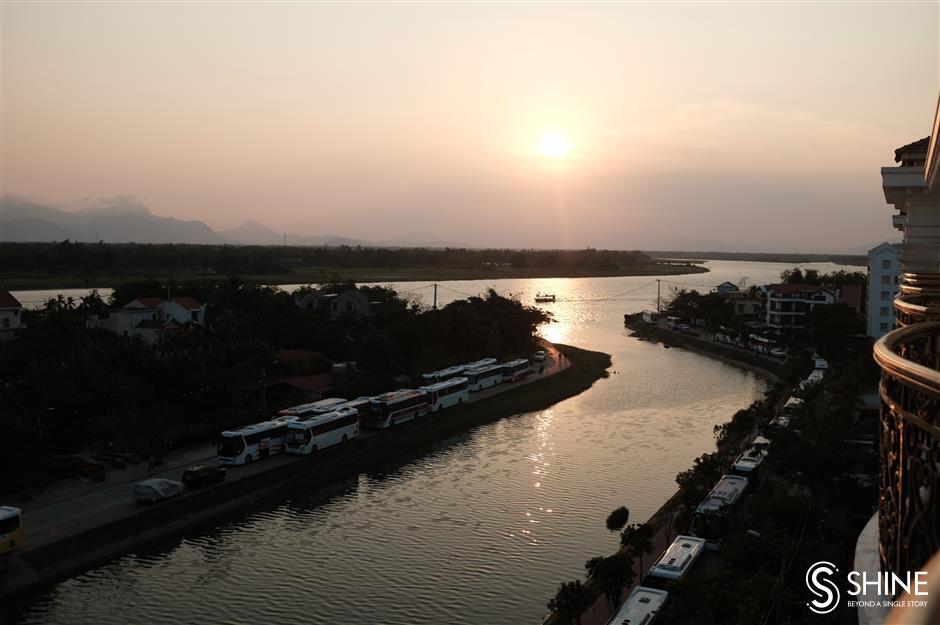 Bordered by the tranquil Thu Bon River, the sunset moment is enchanting at Hotel Royal Hoi An — MGallery.

There are frequent flights every day to Da Nang from Hanoi and Ho Chi Minh City. Da Nang to Hoi An takes about 40 minutes of driving by bus or taxi.

Hoi An has a wide selection of hotels and hostels for different budgets. Hotel Royal Hoi An — MGallery is highly recommended thanks to its close yet remote location. It only takes a few minutes walk to the old quarter yet it provides a peaceful escape from the tourist-cramped old town. Bordered by the tranquil Thu Bon River, the sunset moment is enchanting at the hotel. The 187 rooms and suites are tastefully designed and its rooftop pool and bar is the highest in Hoi An with spectacular views of the city.