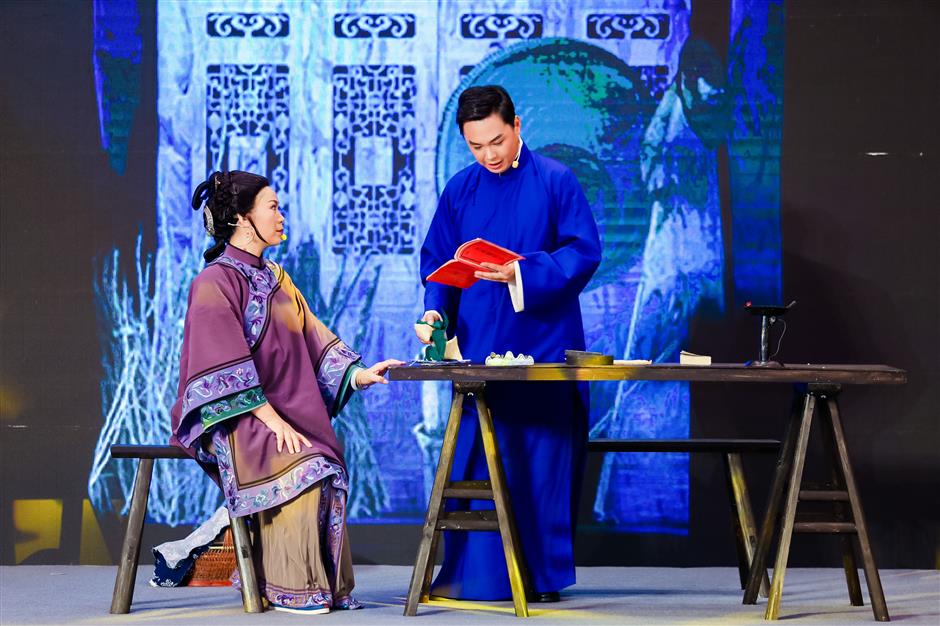 Wuju opera is on show at "Jinhua Week," recreating the impressive scenes of Chen Wangdao, the first Chinese to translate the full text of "The Communist Manifesto" into Chinese 101 years ago.

"Red" tourist attractions and programs have become popular as the nation celebrates the 100th anniversary of the founding of the Communist Party of China. And Jinhua Week, launched at Shanghai International Convention Center, is adding to the options available.

It is offering Shanghai citizens over 20 well-rounded, "red" tourism and culture-based travel routes in Jinhua, Zhejiang Province, plus an exhibition of the area's intangible cultural heritage.

The lead-in story of red tourism was on show at the launch event in the form of Wuju Opera, a traditional local opera and an intangible cultural heritage of Jinhua.

It recreated the impressive scene of Chen Wangdao, the first Chinese to translate the full text of "The Communist Manifesto" into Chinese 101 years ago, mistakenly dipping zongzi in ink when he was absorbed with translating the book, at his home in Yiwu, a city in Jinhua.

That's the beginning of the city's story with "The Communist Manifesto."

The "red" tourism in Jinhua has a focus on Chen Wangdao's former residence, and contains 20 different routes, covering other historic figures such as Chinese poet Ai Qing, Chinese composer Shi Guangnan, and Shao Piaoping, an author and political activist in China.

The all-for-one tourism has a total of 13 travel routes which emphasize "new products" and "digital and cultural tourism." 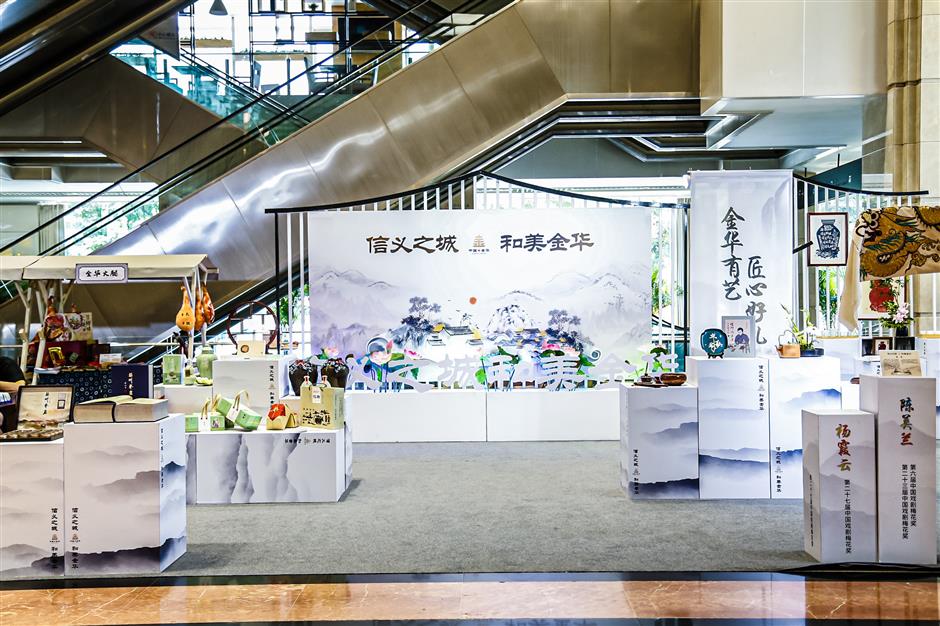 Jinhua's intangible cultural heritages are displayed at the exhibition.