Hidden behind a busy elevated road, Wanyi Fang, loosely translated as "Alleyway of Ten Thousand Conveniences," is easy to miss. Located on Chongqing Road S., its entrance is a hole in a large, pinkish building, with windows on both sides and above. The name Wanyi Fang is written in crimson characters on the entrance, above which appear the words Taofen Memorial Hall.

Taofen refers to Zou Taofen (1895-1944), a journalist, publisher and activist who rented a house in the alleyway from 1930 to 1936; his former residence, No. 54, has been modified into a memorial hall, which showcases the history of the area with diagrams of local architecture. 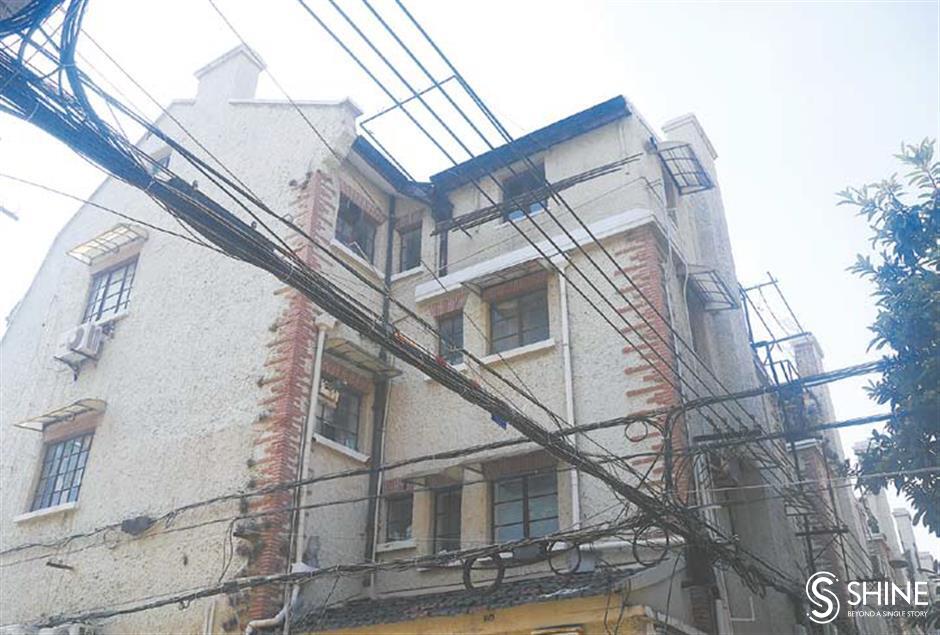 Wanyi Fang was once home to scholars, businessmen and officials.

In 1923, when Chongqing Road S. was called Dubail Avenue, a French financial company called International Savings Society invested in nearby land, which included rows of stucco townhouses. The houses had the best facilities of that era along with private driveways and 2-meter-high protective walls.

Inside the memorial hall, visitors can see from pictures how Zou and his wife, Shen Cuizhen, decorated their home. In the living room is a blue cloth sofa, a round table and several chairs. On the wall hangs a photo of Zou's parents and a work of embroidery done by Shen. The master bedroom, on the second floor, has French windows offering good views. The home's attic was Zou's office, where he worked as the editor-in-chief for Life Weekly. He also founded the Sanlian Bookstore, which remains popular today. 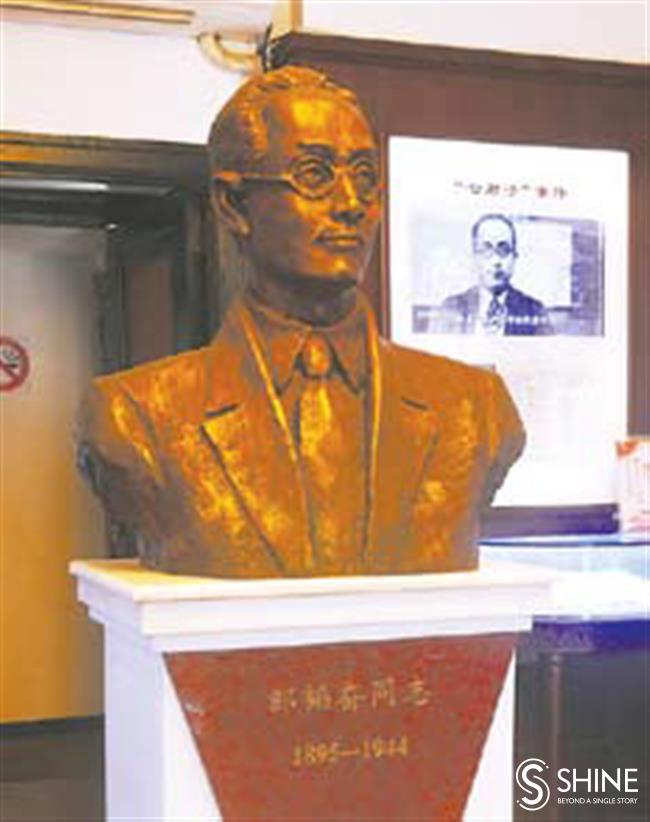 In 1936, Zou and another six scholars in Shanghai were arrested by the Kuomintang regime for protesting against the Kuomintang's suppression of the Communist Party of China. After his release a year later, he left Shanghai for Wuhan.

Walking further down the lane one reaches No. 88, whose driveway leads to the former home of a Kuomintang agent named Zheng Pingru (1918-40). The name might not ring a bell to most, but her experience inspired writer Eileen Chang to write "Lust, Caution," which a half century later was adapted into a blockbuster movie of the same name, directed by Ann Lee.

The main character of the work, Wang Jiazhi, is based on Zheng, while her target of assassination, Mr Yi, is based on Ding Mocun, a spy who Zheng had tried to kill, but failed.

It is recorded that Zheng was born in Japan, a daughter to a Chinese man and a Japanese woman. She spoke fluent Japanese since childhood and joined the Kuomintang's intelligence agency at age 20. As a college student and model, she was dispatched to lure Japanese officials and obtain intelligence from them.

In 1939, an intelligence agency was established by the puppet Japanese government at No. 76 on today's Wanhangdu Road in Jing'an District. Its mission was to assassinate those who posed a threat to Japanese control. Nicknamed "Section 76," the agency schemed to commit more than 3,000 assassinations in less than four years, and Ding was a key figure there.

Zheng, who had gained fame among the upper class, was tasked to kill Ding. After becoming his mistress, she tried to murder him on three occasions, but failed. She was arrested by Section 76 after the third attempt, and was executed.

Zheng remained obscure until "Lust, Caution" became a hit in 2007, but few know that she once lived in Wanyi Fang. Her former residence remains undisturbed. 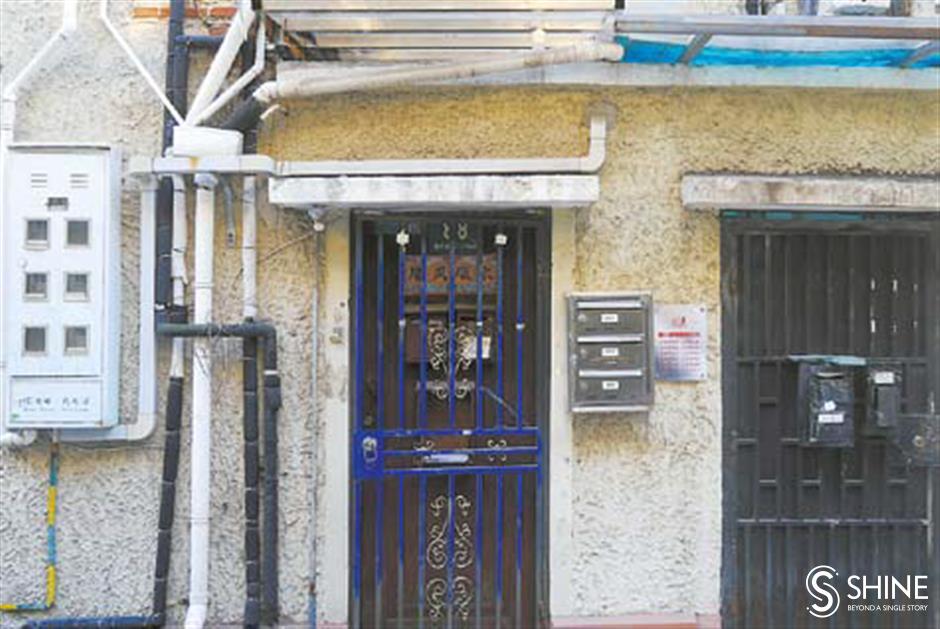 Behind these gates used to be the home of Zheng Pingru, a legendary agent.

When Wanyi Fang was first built, its properties attracted those with strong purchasing power, and most early residents were scholars, scientists, businessmen or high-ranking officials. After the establishment of the People's Republic of China, however, many residents left, and the single-family homes were divided into apartments.

Writer Yang Zhifeng moved into the lane with his family in the 1970s, and lived there until he graduated from university in the mid-1980s. He lived next door to Zou Taofen's former residence, but never felt proud to be so close to a celebrity. On the contrary, he said that life in Wanyi Fang had been a "nightmare," from which he yearned to escape.

"The house was perfect for just one family, but it held five when we were there," he recalled.

Half a century after its construction, the house had fallen into disrepair.

"Every year during the plum rain season (usually in June), the entire house was wet and moldy," Yang said. "Everything was old, dim, moldy and shared – very uncomfortable accommodations."

Several years after graduation from college, Yang moved abroad, leaving his youthful nightmare behind, which at first had provided a sense of relief. Years later, however, he said that nostalgia began to follow him. On trips back to Shanghai, he said he showed his friends the lane in which he had lived, and shared heartfelt stories of growing up, for better or worse, in an alleyway fraught with history.