City's largest sports park will be 'a world-class complex' 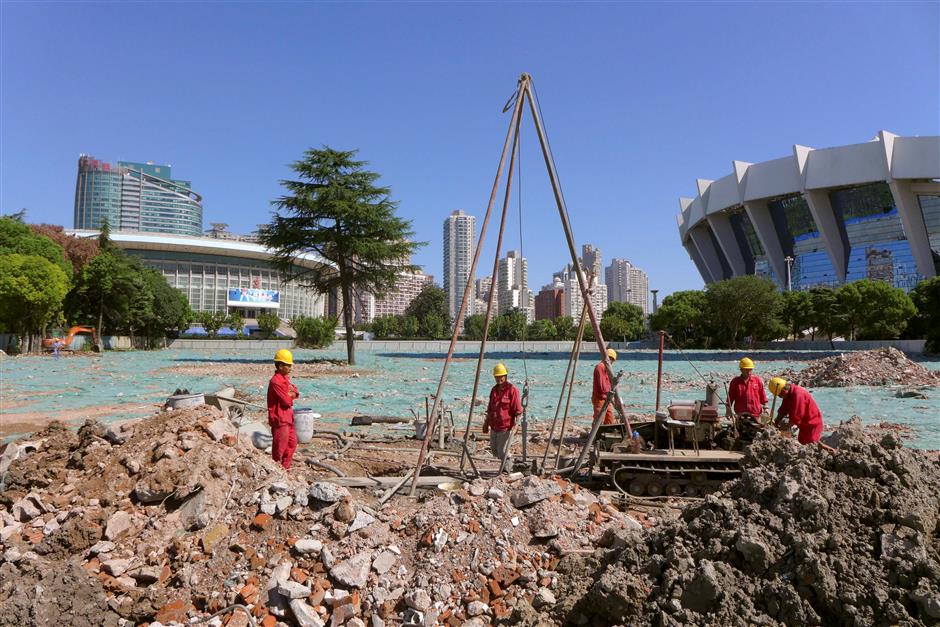 Workers start on the foundations for the future Xujiahui Sports Park.

The city's 2040 blueprint promises in future Shanghai "joggers can run through city parks freely and rest on grasslands when their legs tire."

That vision will be realized soon as construction has started on the city's largest public sports venue in Xujiahui, which aims to meet the rising demands of sports enthusiasts and residents to be able to undertake more exercise.

"It will become a future landmark and world-class sports complex," according to the city government's ambition.

The park will stay open round the clock and will incorporate the existing stadium, gymnasium and swimming pool, along with the high-rise office building Dongya Mansion — all four structures are undergoing major renovation.

Other existing structures within the designated park area will be replaced by trees, jogging lanes and outdoor sports fields covering about 300,000 square meters, according to the Shanghai Planning, Land and Resources Administration.

Shanghai Olympic Club hotel, for instance, which was opened in 1988 and once served foreign journalists for the Special Olympics in 2007, has been demolished. 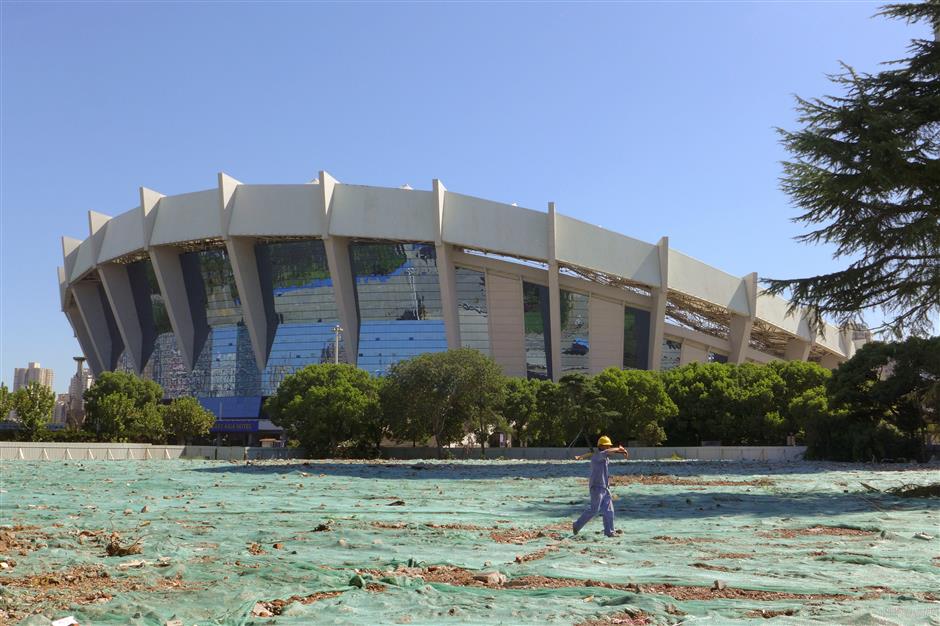 A worker passes by Shanghai Stadium, the city’s largest stadium, which was built in 1997 for the 8th National Games with 56,000 seats.

"They require upgrades to host more top international games as well as open more sports facilities to the public," an official with the bureau said.

According to the renovation plan, the three venues in the future park will form an "outstanding center for sports events, active paradise for public sports as well as classic cultural landmarks."

"The sports park will host top sports events, meet the rising demands of local residents on sports and recreation, carry out training for amateur teenage athletes as well as guide the development of sports industries,” the official added. 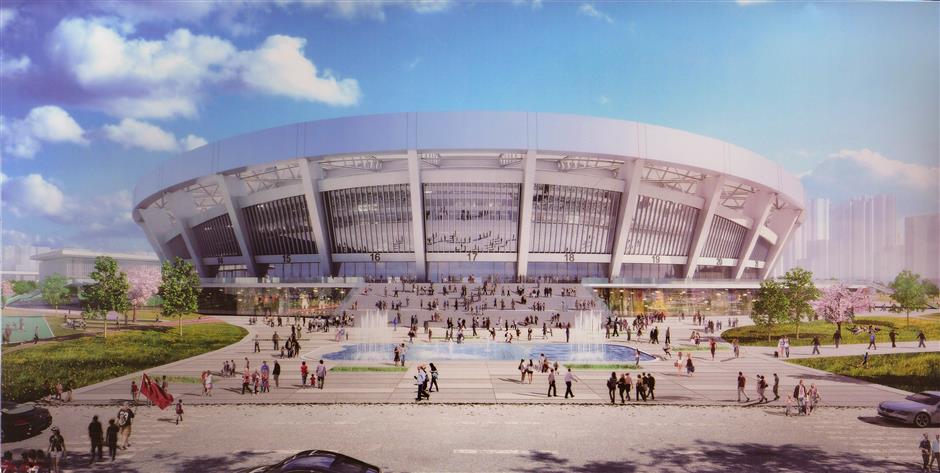 An artistic rendition of Shanghai Stadium in the future Xujiahui Sports Park.

Shanghai Stadium will be renovated to be able to host various track and field contests as well as other major sports events, such as football, rugby, baseball, rock climbing and squash.

It will remain the home pitch for the local soccer team Shanghai SIPG Football Club and host the IAAF Diamond League Shanghai. The city’s largest stadium was built in 1997 for the 8th National Games with 56,000 seats.

The neighboring Shanghai Gymnasium, built in 1975, will be stabilized on its structure with its historic appearance preserved. It will be able to host table tennis, badminton, basketball, volleyball and snooker events. It will also host boxing, kick-boxing and cyber games.

The swimming pool will serve as a training base for swimming and diving for teenagers. It will also be open to the public.

The management and operation center of the future park will be headquartered in Dongya Sports Mansion. The building will be renovated to synchronize its appearance with other park structures, as well as to make it more energy efficient.

The other parts of the park will be categorized into the northern "aerobics park" and the southern "athletics park," according to the bureau. There will be two ring-shaped running tracks — one 2.3 kilometers long, the other 1.8km. 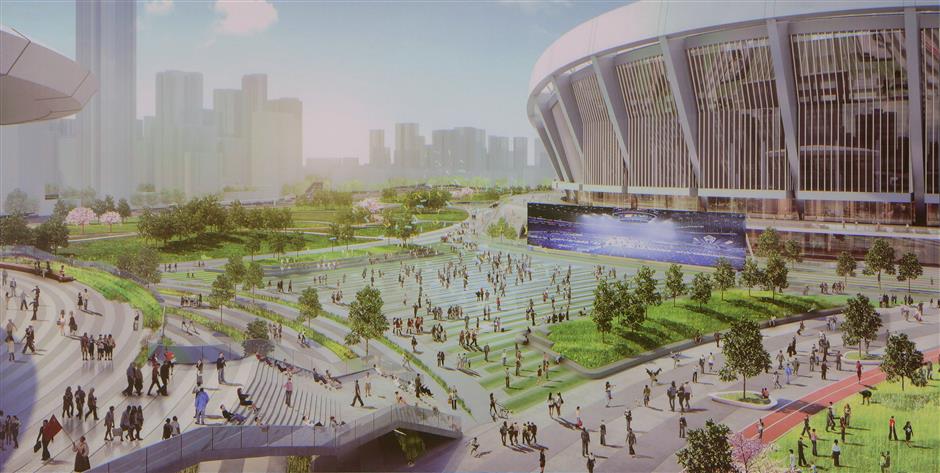 An artistic rendition of Xujiahui Sports Park which is scheduled to open by the end of 2019.

An underground venue will be built at the south of the gymnasium for the public to take part in sports. It will consist of 40 badminton fields, 30 table tennis fields, three tennis courts, and other sites for fencing, boxing, yoga and dancing.

Trees will be planted, especially along Zhongshan No.2 Road S., to block the noise and vehicle emissions from a nearby elevated highway. Shrubs will also be planted to separate various smaller outdoor sports venues within the park including football pitches and basketball courts. Many will open to the public free of charge.

To improve the traffic, an underground tunnel will connect Metro lines 1 and 11 stations with the sports venues. More than 1,000 underground parking lots have been planned beneath the park.