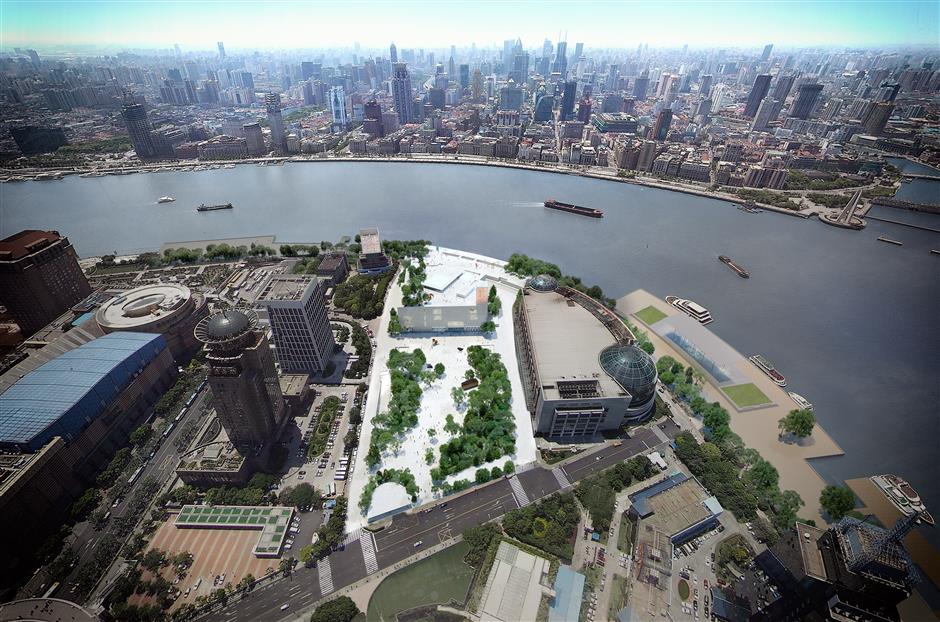 An artistic rendition of the Pudong Art Museum between the Oriental Pearl TV Tower and Shanghai International Convention Center.

Construction started on Tuesday on an art museum in Lujiazui financial center as part of plans to boost cultural venues in Pudong.

The four-story Pudong Art Museum will be 30 meters tall and will cover an area of 13,000 square meters by Huangpu River between the Oriental Pearl TV Tower and Shanghai International Convention Center.

The museum, designed by renowned French architect Jean Nouvel, will be covered by white granite on its facade to be in harmony with the riverside scenery of Lujiazui.

A "raindrops" pattern will be carved on the facade to symbolize that "traditional Chinese culture is a gift from  heaven," said Lujiazui Properties, which takes charge of the project.

Two large glass curtain walls, six meters wide and 12 meters tall, will be installed on the west side of the museum to enable inner exhibitions to be visible from the  Bund, on the opposite side of the river.

By making use of image projection and reflection, the two glass walls will be turned into "one of the world's finest art installations," the company said.

The museum will house exhibitions on traditional and contemporary artworks and will be involved in education, research, cultural exchanges and public services, as well as tourism, according to the Pudong government.

Two large glass curtain walls will be installed on the west side of the museum to make inner exhibitions visible from the Bund on the other side of Huangpu River.

An artistic rendition of the inner space of Pudong Art Museum.

"The building will also look comfortable but unique at night with its neighboring landmarks," Nouvel told a public forum organized by the Shanghai Urban Planning and Design Research Institute.

A riverside restaurant has been designed in front of the museum for artists and visitors as well, he added.

Residents in Pudong have long complained about a lack of art and cultural venues, especially in the Lujiazui area. Most major art landmarks are on the other side of the river — based in downtown areas.

The major art venue in the Pudong New Area is China Art Museum, which stands on the former World Expo 2010 site.

Apart from the museum, the city government also plans to open or begin building a batch of new cultural facilities in Pudong by the end of the year.

These include the Expo Culture Park, along with a new opera house as well as the Pudong branches of the Shanghai Museum and Shanghai Library. These projects are expected to address the increasing demand from residents for art performances and exhibitions, the city government said. 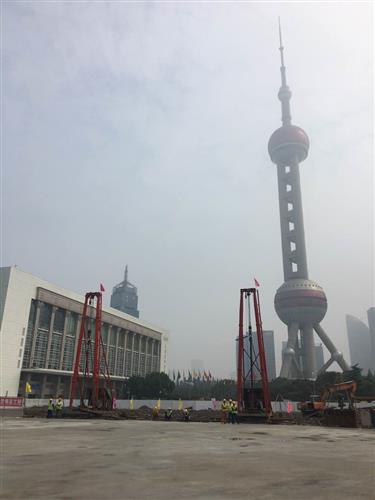