An 'eco-island' in the making

Li Cheng, 68, a retired teacher living at Ping’an Village on Chongming Island, is over the moon about the rehabilitation of a creek behind his house.

For years, the creek served as a sewage outlet for houses in the area. It stank and became a breeding ground for mosquitoes. The waterway was so noxious that locals avoided using the bridges that crossed it.

A few years ago, a village sewerage facility was built. However, the houses in the village are so far apart that the underground pipe that was supposed to deliver waste water to the facility didn’t function properly, leaving many families no choice but to dump sewage directly in the creek.

This March, a new underground septic tank project changed the lives of Li and other villagers. It provides a system to recycle clean sewage water back into the creek, using anaerobic filtration, precipitating and active biofiltration. The tank covers 6 to 8 square meters and can be built near houses.

The government covers the construction cost for each family.

The Chongming Water Board said the recycled water has reached grade A level. More than 100 families have already joined the project. By next year, the tanks will cover the whole island.

“The system really has changed my life,” said Li. “Next summer, when our grandson comes for school holidays, I can open the windows and not worry about the foul odor or the hordes of mosquitoes.”

Sewage treatment is only one of the government policies initiated to turn Chongming into an international “ecological island.”

China’s third-largest island is already a place of great distinction. About a quarter of the island remains forested. Organic farming produces vegetables and fruits sought throughout Shanghai. Natural wetlands, fresh air and cleaned-up waterways have made the island a favorite getaway spot for those seeking a respite from the urban hubbub.

At the beginning of the year, Shanghai announced its “Chongming World-Class Eco-Island Development 13th Five-year Plan (2016-20).”

It is a blueprint to turning the island into an eco-spot of distinction by 2020.

The island’s lanes offer a scenic, peaceful environment for jogging and cycling. Some 220 kilometers of cycling track and 42 kilometers of a marathon track along a riverbank will be completed by the end of 2018.

Along the pedaling and running routes, the environment changes in delightful ways. In Xincun village, there is the sweet scent of osmanthus, while Miaozhen Town features maple trees that turn brilliant scarlet in the autumn. In spring, Zhongxing Town is awash with cherry blossoms.

The paths through Luhua Town follow the banks of a scenic lake and pass by tangerine orchards. Changxing Town features a four-season scenic area, complete with four bicycle rental stations and service centers.

Chongming has long been a favorite site for bird watchers. Its protected wetlands are stopovers or wintering grounds for millions of birds migrating between Siberia and Australia. Last November, Chongming announced plans to step up the campaign against illegal poaching of wildlife, including birds.

Preventing illegal hunting, including the use of nets and poison, is a priority for Chongming, officials said.

The Xisha Wetland on the west side of the island, and the Dongtan Wetland in the east are the first priorities when it comes to law enforcement.

The district government has established law enforcement teams at forestry stations and wildlife protection patrols in every village.

The 13th Five-year Plan stipulates that the population of the island and land available for commercial development will be strictly controlled to protect the environment. The population will be kept to about 700,000 by 2040.

All buses on the island will be emission-free by 2020, and 80 percent of travel will be by public transport.

A Metro line to connect the island to Shanghai proper will link east Chongming to the Pudong New Area. Preparatory work is already under way.

Chongming Island wants to go beyond cycling and jogging in offering sports facilities and events for the public.

The island has been the Asian leg of the UCI Women’s World Tour for 15 years. The race brings the world’s best cyclists together to race across one of Shanghai’s ecological wonderlands.

Since 2014, marathons and other races on the island have attracted scores of professional and amateur runners from all over the world.

Plans call for four public sports centers and a sports park. The 50-hectare park in Chengqiao Town will feature facilities for football, basketball and tennis, and a water-sports area will be designed for rowers, kayakers and dragon boat racing.

Sports centers planned for Hengsha Village and the towns of Changxing, Buzhen and Miaozhen will include facilities for swimming, table tennis, badminton, indoor rock climbing, squash, basketball and jogging. Events will include the dragon boat racing, equestrian contests, roller-skating races and triathlons.

With its eco-friendly environment and good air quality, Chongming Island has the natural resources to become an outdoor sports paradise. 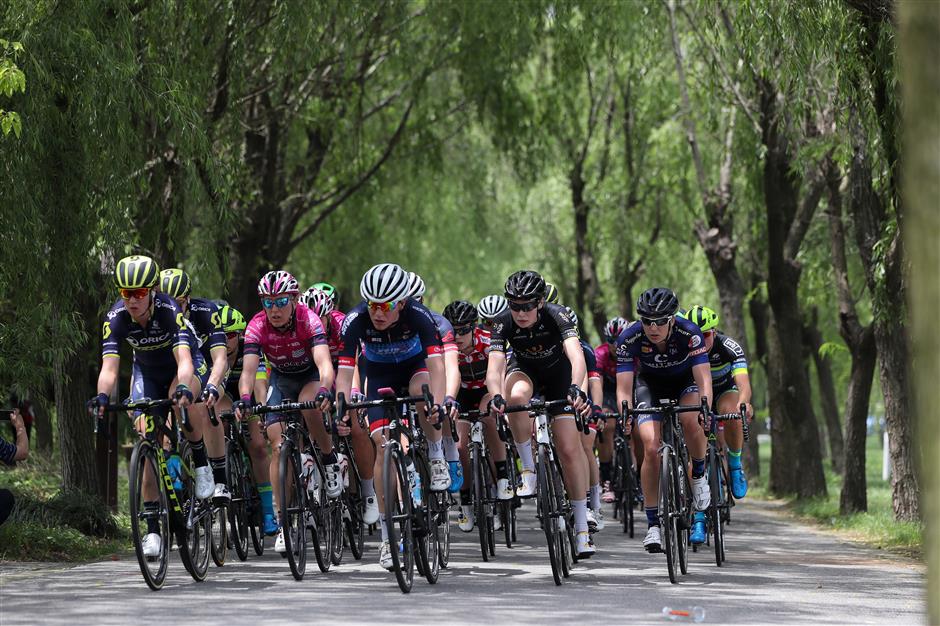 Competitors pushing hard during Tour of Chongming Island in May, a highlight of the UCI Women’s World Tour.

Chongming Island’s history is rooted in agriculture, and now the focus is on creating sustainable farming and enriching the lives of farmers.

“When my daughter was born, I started looking for ecological farms,” said Wang Gaoxiang, chief executive of 500 Families Farm.

“The effort was so disappointing that I decided to lease agricultural land and grow the vegetables myself.”

The idea caught on. Today, the 150-hectare farm has attracted 500 families.

The farm uses organic fertilizers, manual weeding and non-chemical pest control to ensure the quality and the safety of the vegetables.

Customers are invited to visit the farm, talk with farmers and taste freshly picked vegetables.

Many buyers are parents of young children who want to make sure their kids eat healthy food.

The farm is also an ideal getaway for a day or a weekend. Visitors can pick their vegetables, lend a hand in farming or fish in clear waters. 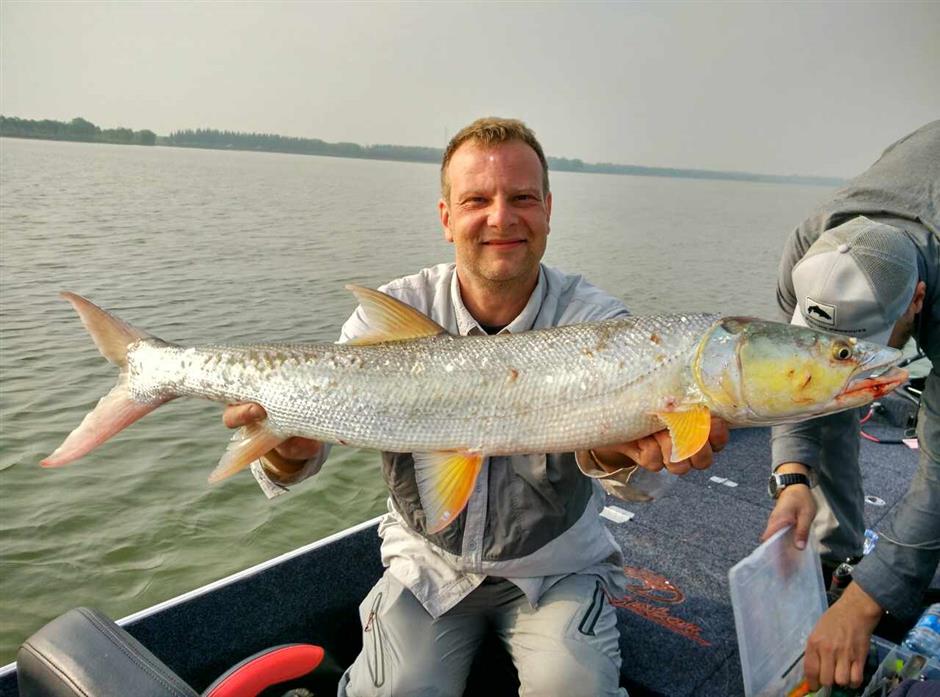 A foreign visitor shows off his catch. Fishing is major drawcard in Chongming’s plan to become a world-class “eco-island.”