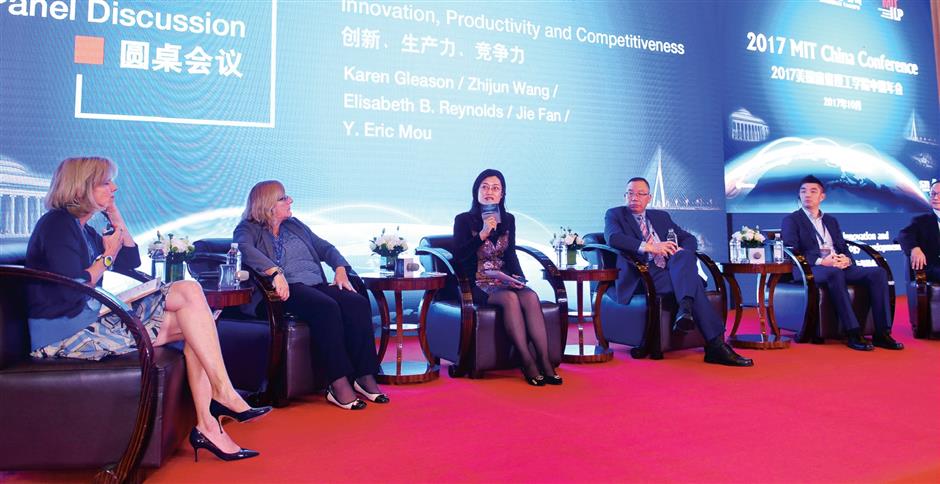 Professors and research colleagues on biomedicine, mechanics and computer engineers, from the Massachusetts Institute of Technology, share cutting-edge scientific knowledge developed in MIT laboratories with their Chinese audiences, most of whom are elite technicians and entrepreneurs, at the two-day 2017 MIT China Conference held in Yangpu District.

Urban innovation never comes into force without the participation of universities as a source of intelligence. However, it is not always a smooth ride to make an industry-university partnership work.

In this respect, Yangpu-based universities and businesses take great strides in the development of industry-university-research cooperation to better serve the economic and social development of the district.

One of their latest efforts was a two-day 2017 MIT China Conference, during which MIT shared its vision with Yangpu entrepreneurs.

A number of professors and research fellows on biomedicine, mechanics and computer engineers from the Massachusetts Institute of Technology shared cutting-edge scientific knowledge developed in MIT laboratories with their Chinese audiences, most of whom are elite technicians and entrepreneurs.

The topics were technical, including those on “innovative energy, acoustical material, biotechnology and the artificial intelligence.”

Organizers hope that local startups will be inspired or find some valuable technologies through the speeches, according to the district government.

AI, for instance, has become a popular choice for local startups.

The MIT experts are also sharing successful startup projects in Massachusetts, covering Big Data, 3D print and nanowires, a newly discovered material expected to be used for the next-generation computers.

The Americans are giving guidance and suggestions to entrepreneurs and company officials based in Yangpu during the conference.

The district government has signed an agreement with MIT to act as a bridge between Yangpu-based companies and the MIT Industrial Liaison Program, which helps enterprises to find appropriate resources from the university’s five colleges and 33 departments.

Cooperation has been carried out on intelligent manufacturing, robotics, medical big data, urban infrastructure and traffic data analysis between the institute and local firms, according to the science commission of Yangpu. 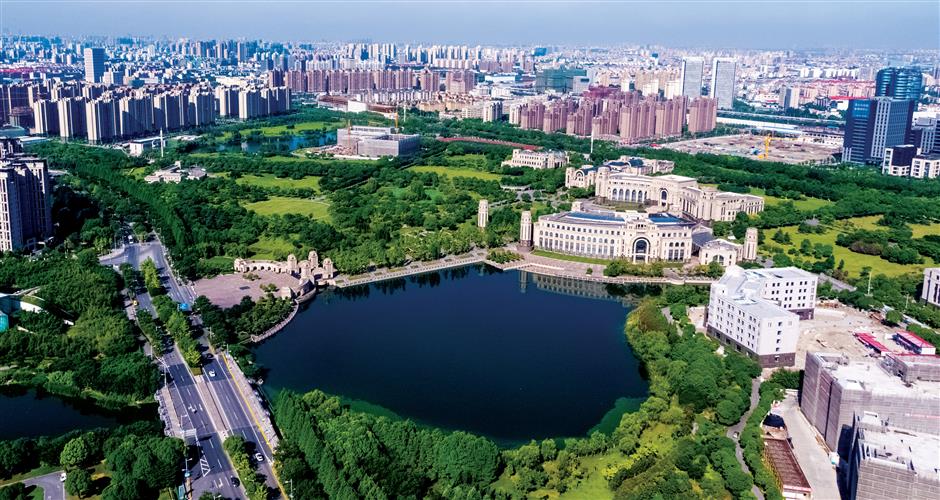 A technology startup named Techsun, for instance, which focuses on the development of anti-counterfeiting products, has bought a batch of newly developed anti-counterfeiting equipment from MIT through the introduction of the liaison program, according to the district government.

The Yangpu government has “top level” membership on the MIT program, while local companies can opt to pay a membership fee to have a “second membership,” allowing them to seek help and suggestions from MIT professionals anytime.

Yangpu has cooperated with Massachusetts Institute of Technology as part of its drive to develop a partnership with the world’s top universities to push its “entrepreneurship and innovation” campaign. 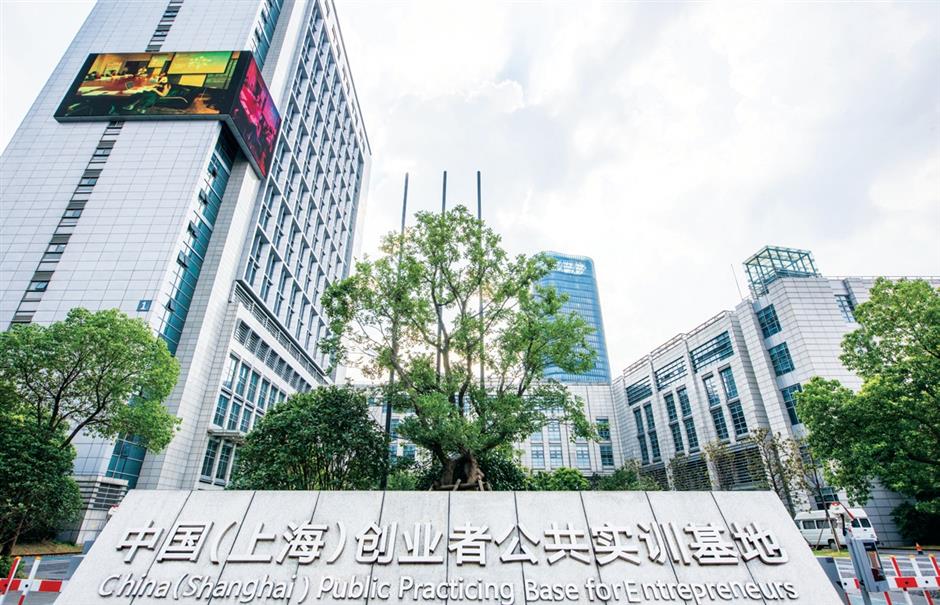 The district government hopes such cooperation will also boost the “international flavor” of the northeastern downtown district to make foreigners starting up businesses or working in Yangpu feel at home, while attracting more talent from abroad.

Meanwhile, Yangpu is turning itself into one of the easiest places for startups to succeed. The annual Yangpu Forum for Innovation and Entrepreneurship, held earlier this month, at the China (Shanghai) Public Practicing Base for Entrepreneurs was committed to promoting the coordination of universities, science parks and communities as well as the integration of industry, research and innovation to further enhance the industry-university partnership.

The forum also marked the fulfillment of a series of agreements for cooperation between the district and universities. The Yangpu mode and experience for innovation and entrepreneurship are expected to be replicated throughout the country.

Yangpu is the biggest and most populous downtown district of Shanghai. It is also one of the districts around the city with the most abundant resources in science and education.

Li Yueqi, Party secretary of Yangpu, quoted what President Xi Jinping said in his report to the recent 19th national Party congress that development is the top priority of the Party in governing and rejuvenating the country while innovation is the primary force driving China’s development.

“That’s why we shall make innovation as our driving force and reform as our source of vitality to fulfill innovation-driven development strategy, and accelerate the construction of science and technology innovation center with global influence to contribute to the construction of an innovative country,” Li said. “That is for the goals of ‘Two Centenaries’ to realize the Chinese Dream of the great rejuvenation of the Chinese nation.”

Li indicated to deepen the cooperation between the district and universities and consolidate the mechanism of cooperation; to agglomerate prevailing resources of the district and universities and jointly promote industrial upgrade; to take various measures to promote the transformation of scientific and technological achievements as well as create a friendly environment and optimized regional ecology for innovation and entrepreneurship.

Yangpu was nominated by the Ministry of Science and Technology as one of the country’s first pilot innovation districts in 2010, and identified as a key base of Shanghai’s efforts to become a global innovation center and demonstration zone. 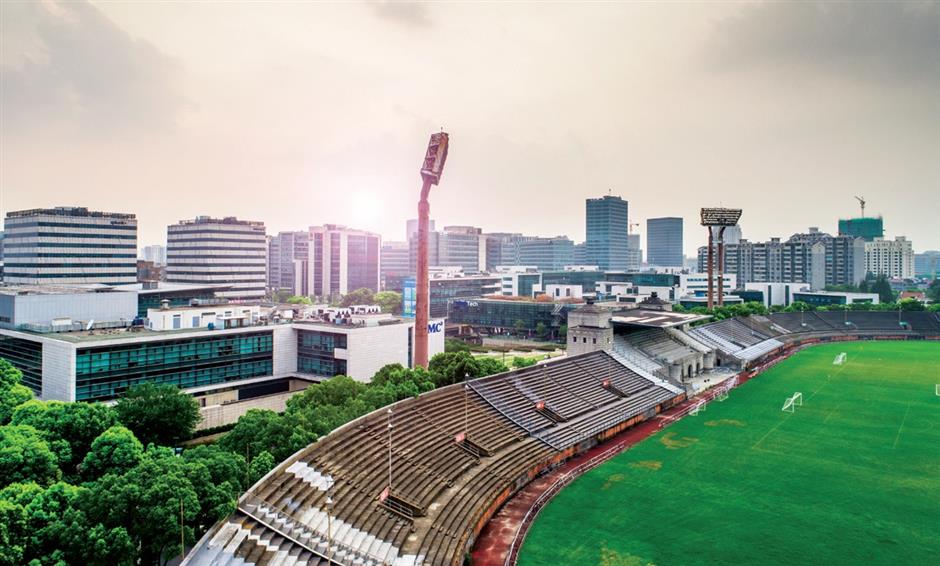 The district will further use its advantages in research and education to explore ways to transfer achievements of technology into production.

Yangpu authorities have launched cooperation with 11 universities within the district and around the city to build a number of key platforms.

They also pair up with 23 local research institutes and enterprises to promote high-tech projects in the fields such as the Internet of things and the application of China’s self-developed Beidou Navigation Satellite System.

Yangpu is creating a friendly environment through building a coordinative platform to better allocate innovative resources from university laboratories, engineering centers as well as research institutions.

The plan aims to transfer a number of leading technologies around the country and nurture a number of innovation centers under market-oriented cooperation of universities, research institutions and companies.

Moreover, Yangpu is improving its services through building specific platforms to enable the trade, display and transformation of sci-tech achievements.

The sci-tech parks will also play part of the role as incubators in the next phase of development and much more focus on transformation from research achievements into productivity. More high-tech firms will be involved or established and to form a variety of industrial clusters in the future.

Professors and research colleagues on biomedicine, mechanics and computer engineers, from the Massachusetts Institute of Technology, share cutting-edge scientific knowledge developed in MIT laboratories with their Chinese audiences, most of whom are elite technicians and entrepreneurs, at the two-day 2017 MIT China Conference held in Yangpu District.