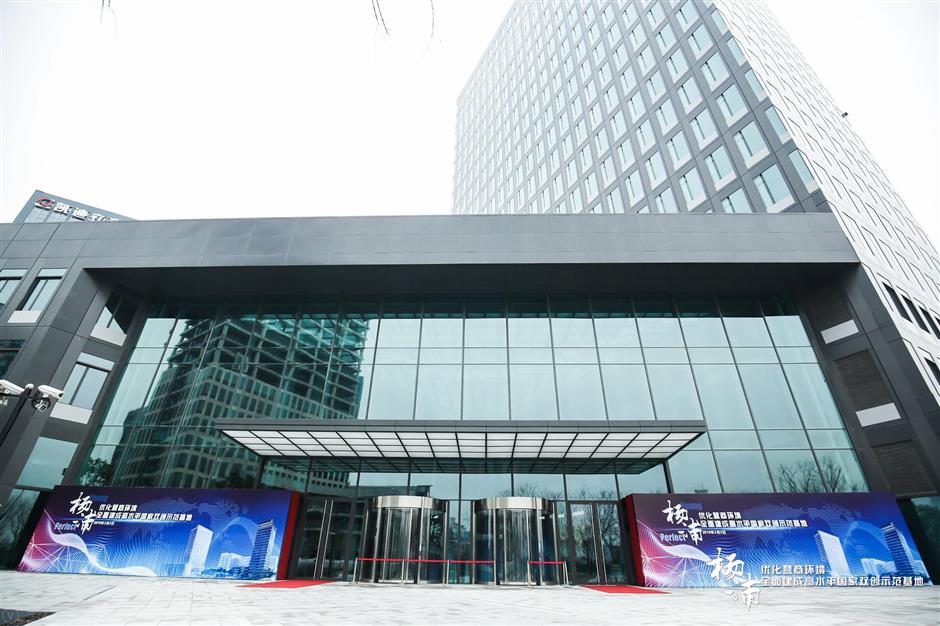 The International Entrepreneurship and Innovation Center building is unveiled in Yangpu District where startups can rent offices with lower rents.

The office rent offered to startup enterprises based in the district will be at most 70 percent lower than the price of nearby office buildings, while the government will further subsidize, the district government told a conference yesterday to optimize business environment and establish a quality entrepreneurship base.

In addition, the government will offer legal assistance to the startups, on both commercial affairs and intellectual property rights protections.

Under Yangpu's entrepreneurship and innovation "Little Giant" project, furthermore, the startup companies with the "Little Giant" title will be given a million yuan (US$158,770) financial support from the government.

These are part of the efforts initiated by the district, a national "demonstrative base" for the nationwide mass entrepreneurship and innovation campaign. The central government launched the campaign in 2015 to boost employment and increase residents' income. 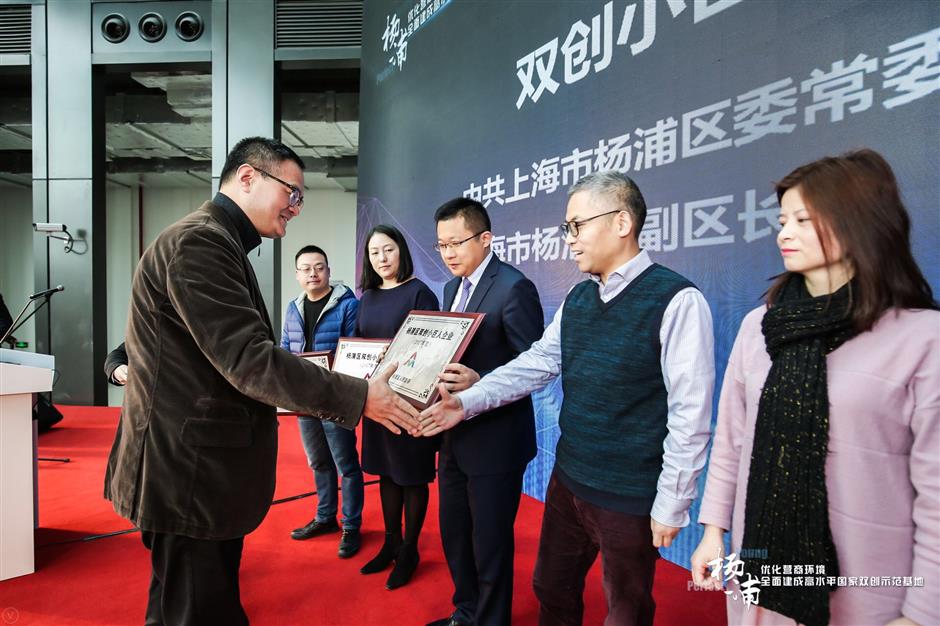 A Yangpu government official grants 10 outstanding startup firms the title of "Little Giant." Each of the company will win a million yuan supportive fund from the government.

"Thanks to incentives offered by the Yangpu government, my company's AI English teaching software has had over 70 million registered customers," said Wang Yi, a doctoral graduate from the Princeton University in US and the founder of the Shanghai Liulishuo Information Technology Ltd.

Wang returned to his hometown Shanghai in 2015 from a Silicon Valley enterprise and registered the company in Yangpu. His startup firm has employed over 1,000 staff. It has just attracted a new round of US$100 million investment, Wang said.

Wang's company has been granted as one of the 10 "Little Giant" startup firms in Yangpu yesterday. They were selected from 39 applicants by an experts' panel. Each company won a million yuan subsidy from the district government. 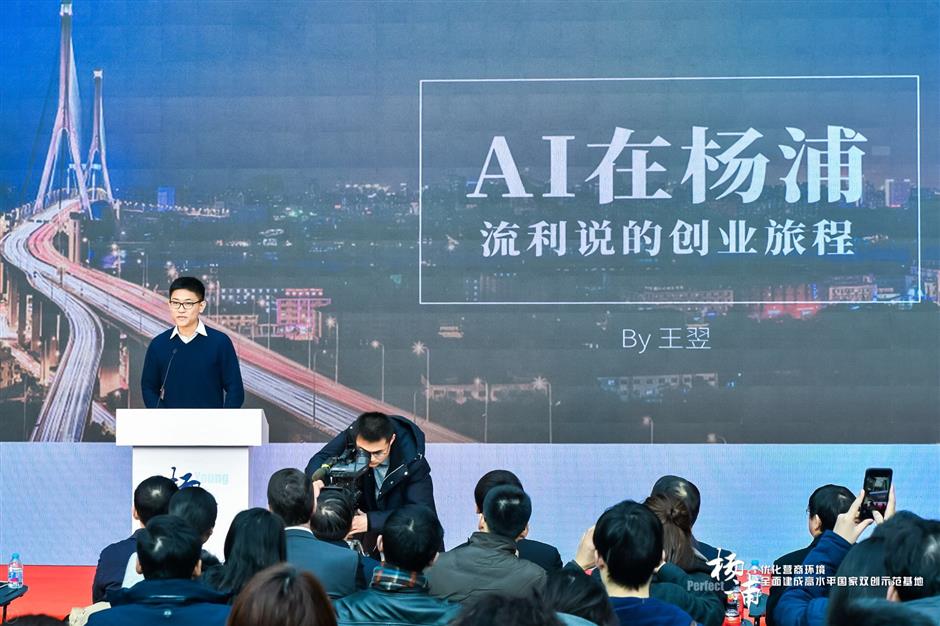 Wang Yi, a doctoral graduate from the Princeton University and the founder of the Shanghai Liulishuo Information Technology Ltd introduces his entrepreneurship experiences at the district government's conference on Friday to optimize business environment and boost entrepreneurship.

Yangpu also unveiled a new office building on 657 Songhu Road yesterday where startup companies can set up their offices with low rents. Another "Litter Giant" firm UCloud became one of the first to move into the building along with the Bay Area Council, a coalition of business interests from the San Francisco Bay Area.

To attract global entrepreneurs, the district government has also cooperated with the University of New South Wales to establish a new UNSW China Center in Yangpu.

"This partnership will further strength Sino-Australian bilateral relationship, and serve as an important platform to facilitate new startups and incubators, education, people-to-people links, research collaboration and innovation," said Ian Jacobs, president and vice-chancellor of the university.

Citywide, Shanghai has developed over 500 innovative parks for startup companies. About 12 percent of local residents have taken part in entrepreneurship businesses, a nearly 30 percent increase than that of 2013.