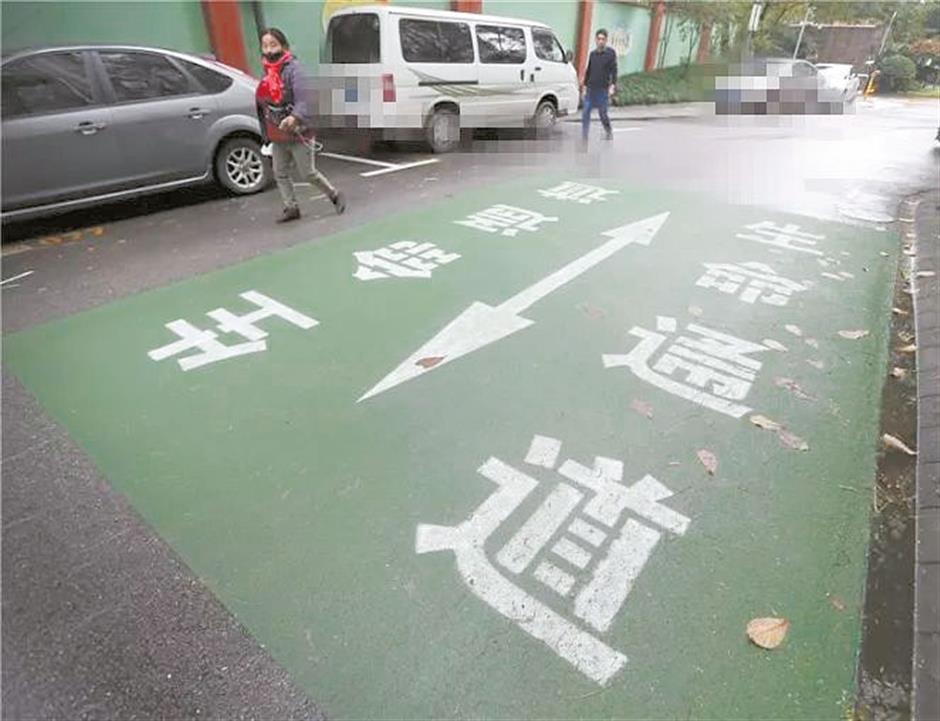 A road sign painted in green inside residential complex Jiuyang Wenhua Fudi in Songjiang District is for emergency vehicles.

RESIDENTIAL complexes in Shanghai, already struggling with illegal parking and unauthorized construction, will have “green zones” to ensure a quick and free passage for emergency vehicles like fire engines and ambulances.

The “green zones” will basically be a no-parking zone.

Zhou Hong, a deputy at the Shanghai People’s Congress, had earlier voiced his concern about emergency vehicles being unable to reach its desired destinations because of improper parking.

Zhou said he had checked the status of 31 ambulances in 24 hours on November 25 last year with the help of Shanghai Medical Emergency Center. He found that the ambulances had made 257 trips to residential areas across the city. Out of that, 98 times the ambulances were caught up in jams because they were unable to maneuver the illegally parked vehicles.

He said since the ambulance was smaller than the fire engine, it could be worse in case of fire.

The property management firms will be told to guarantee smooth entry to fire engines and ambulances for emergencies.

Shanghai Daily visited residential complex Jiuyang Wenhua Fudi in Songjiang District and found 23 areas along major paths inside the complex that were clearly painted green with Chinese characters “Life Channel” on the ground.

Next to them were signboards with the words “Green Channel” in both Chinese and English. A line in Chinese below said: “For the safety of all, please make way for life.”

For this complex, the community police officer, the neighborhood administration and the property management company are working together to ensure that drivers do not park on the “green channels.”

A notice about the green channels was distributed to every household. Drivers and car owners were also warned that they would be penalized for parking on the green blocks.

Songjiang police said over 120 tickets had been handed out so far as warnings. Repeat offenders will be fined up to 500 yuan (US$80) but as yet nobody had been fined. 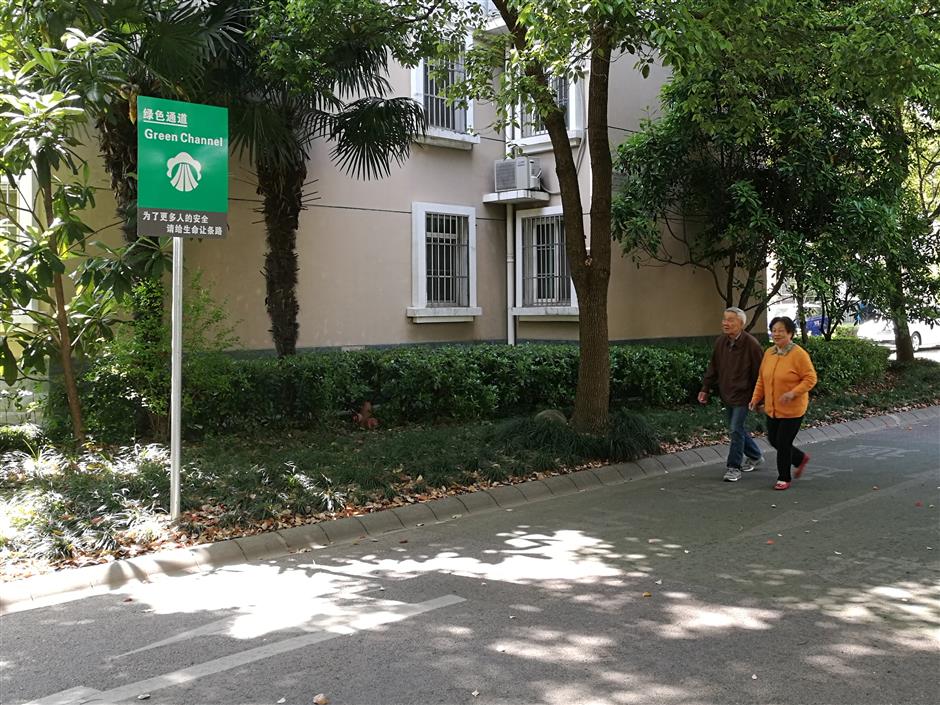 A signboard painted in green inside the residential complex is for emergency vehicles.

A 74-year-old resident surnamed Wu, who has been living in the community for 12 years, said security guards patrol the residential complex day and night and turn away drivers who park on the green blocks.

“We have already warned our relatives who come to visit us not to park on the green zones,” she said.

A 54-year-old resident surnamed Cai said the green blocks serve as a reminder to all residents on where to park cars.

Cai said that the project did not use the residents’ fund, but he wouldn’t have opposed it because it was for the general good of all.

The difficulty of car parking in residential communities is also being addressed by the city government. Local transport authorities have launched various actions including utilizing nearby land resources, promoting shared parking space and adding more parking areas. However, the soaring number of cars makes it even more tough for them.