The fight for workers' rights started in a Shanghai house

THE rights and welfare of workers were a primary focus of the Communist Party of China after its founding in 1921, and that campaign was initially based in Shanghai, where the Party held its first congress.

The site of the National Labor Union Secretariat, an iconic shikumen residential building, is on Chengdu Road N. near Xinzha Road and stands as a memorial to the strife of the early labor movement.

In those days, the Party had to operate in secret, and those who organized or supported strikes were subject to arrest by the concession administration. Indeed, the labor organization was forced to shut its Shanghai headquarters after only a year and had to relocate to Beijing.

In 1919, there were an estimated 2 million factory workers in China, triple the number just six years prior. About of a quarter of them worked in Shanghai, mostly in foreign-owned factories that paid menial wages.

Strikes against labor exploitation by foreign owners increased year by year. In August 1921, about the time of the founding of the secretariat, more than 8,000 workers at the British-American Tobacco Co in Shanghai went on a strike. 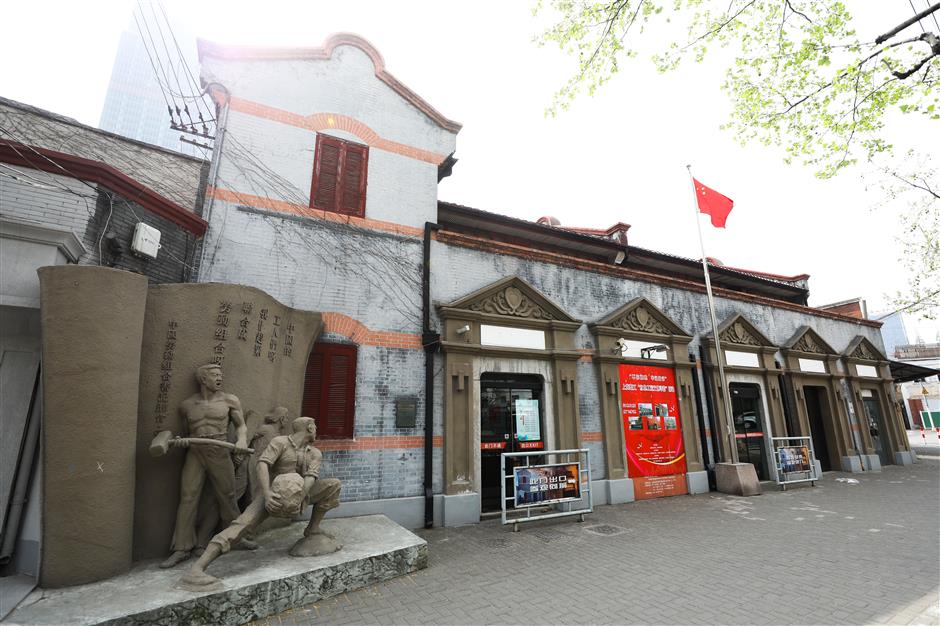 The exterior of the National Labor Union Secretariat on Chengdu Road N. The shikumen building stands as a memorial to the strife of the early labor movement. 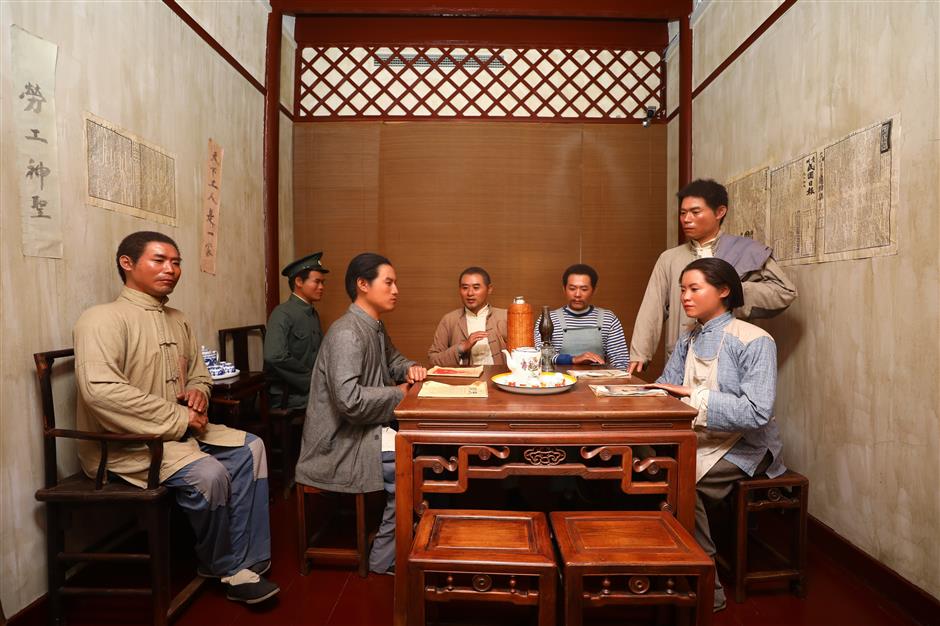 A setting depicts the founding conference of the secretariat.

The basic mission of the secretariat was to unite all workers in a class war. Labor organizations at the time were largely fragmented, and roughly a third of them were considered facades for management.

Workers in Shanghai, who came from all parts of the country, largely grouped themselves according to home provinces. In some cases, there was animosity between provinces.

By holding schools for workers and establishing personal relations with laborers, the secretariat staff was able to gain the trust of workers, according to witnesses at the time.

The site on Chengdu Road served as a place for needy workers to seek help from the secretariat. After initial talks, further appointments were usually scheduled elsewhere, away from prying eyes.

It’s not clear that the building even bore the name of the secretariat. Witnesses recalled later that work at the site proceeded with great caution, the threat of arrest always hanging over staff.

In Shanghai, the secretariat organized or reorganized trade unions of workers from the tobacco, machine manufacturing, printing, textile and postal service industries by the end of June 1922. At the same time, it was actively involved in strikes by the workers.

Some walkouts were successful. The tobacco factory strike in the summer of 1921 ended with at least some of the workers’ demands met. A strike by textile workers at a Japanese factory in April 1922 resulted in wage increases, but some workers who led the strike were fired from their jobs. 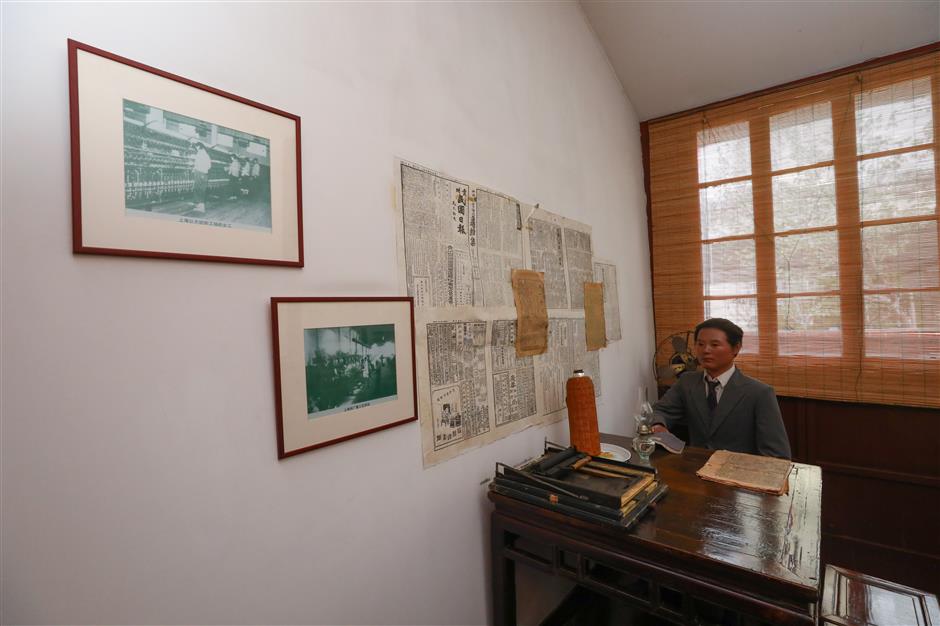 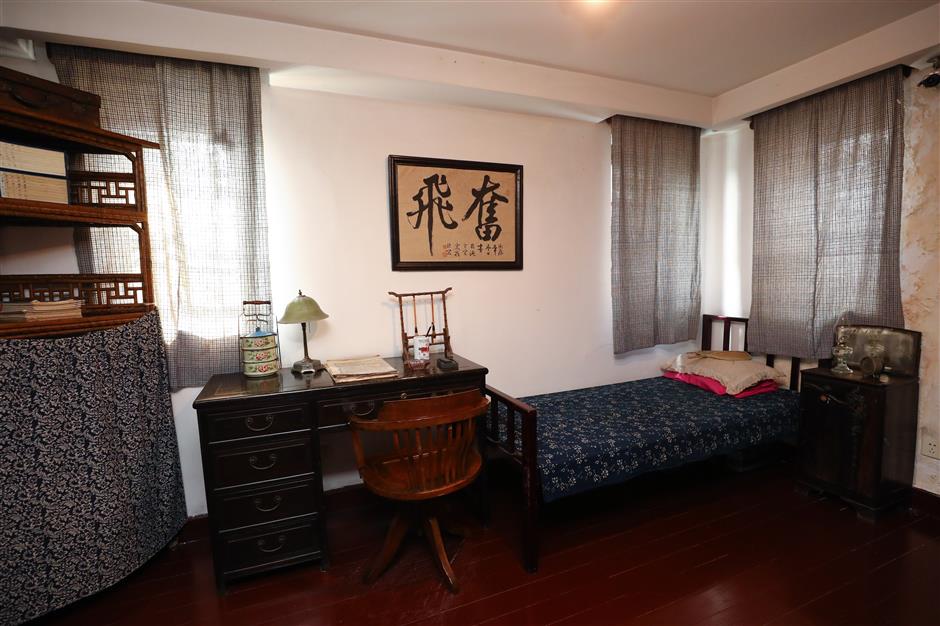 A setting depicts typical bedroom furniture of the 1920s.

Before the secretariat was ordered to close by the concession administration in July 1922, Li Qihan, secretary of the organization, was sentenced to three months in jail and expelled from the concession area for joining in the strike by postmen.

Around the same time, the secretariat publication Labor Weekly, which was secretly printed in a factory, was banned after 41 editions and 165,000 copies.

There is no historical evidence to explain why the secretariat rented this particular house for their offices, but it may have been because the area around the site was a factory hub in Shanghai at that time.

Not far away was Xiaoshadu — today, the area around the east end of Changshou Road in Putuo District — where the secretariat held a school for workers.

There were an estimated 100,000 textile workers in Xiaoshadu and Yangshupu, which is today an area on the northwest bank of Huangpu River in northeastern Shanghai.

At its founding, the organization was called the Secretariat of the Chinese Labor Congregation, not the National Labor Union Secretariat. 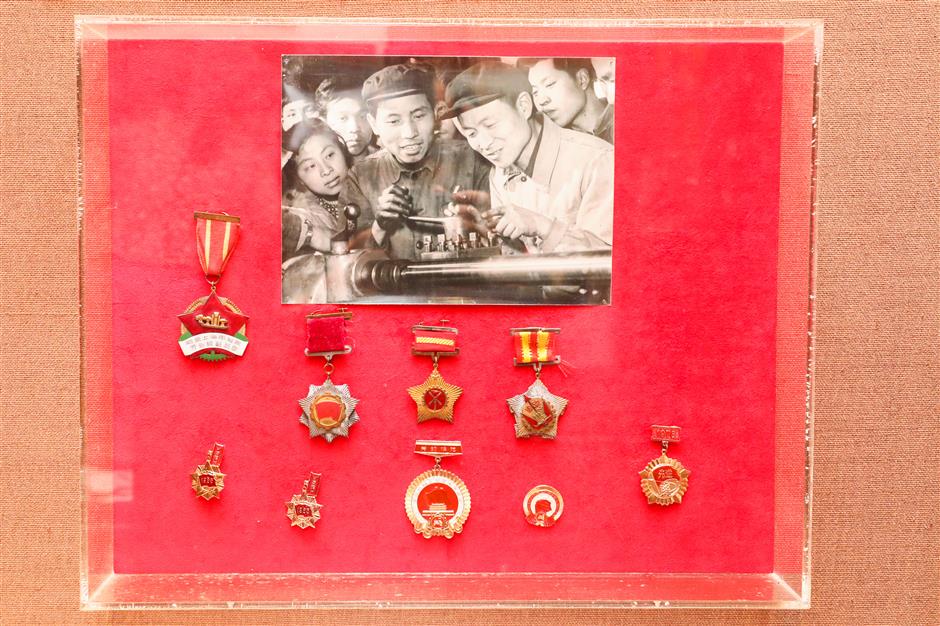 Badges of a "national model worker" awarded after 1949.

Credentials of model worker Zhuang Dekai who designed bicycles. A German newspaper reported his visit to the country. 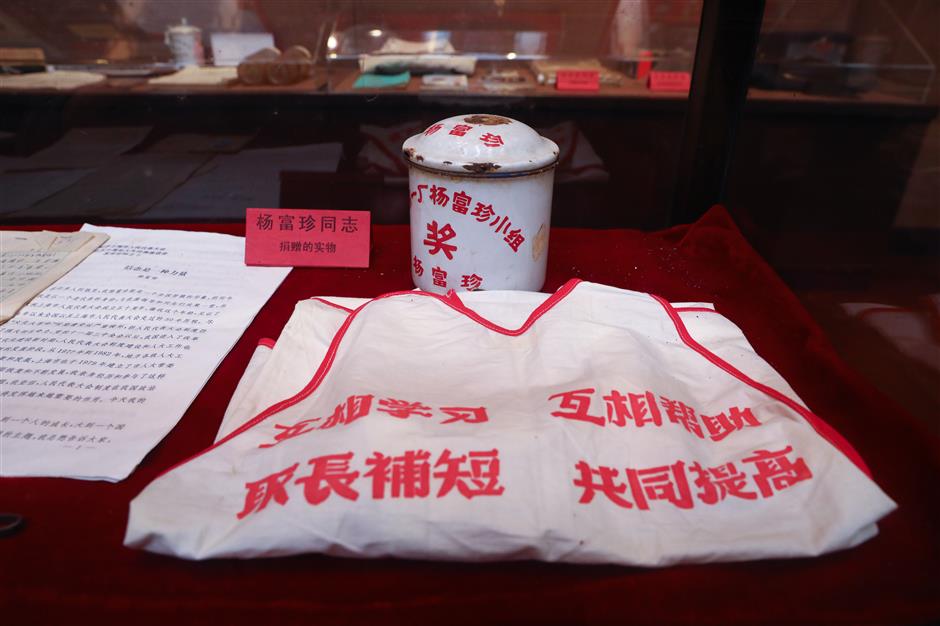 An old-style water jug and a working suit of a female "national model worker" who works in a textile factory.

Zhang Guotao, director of the secretariat, wrote in his memoirs that the name was conceived by Dutchman Hendricus Sneevliet, better known as Maring in China. Sneevliet was an executive board member of the Communist International and was actively involved in early activities of the Communist Party of China.

According to Zhang, the name was a compromise after he suggested that a national labor union should be established only after local labor unions are formed. “Workers in China, let us unite to form the labor congregation!”

Besides Shanghai, the secretariat also had branches in northern China and in Shandong, Wuhan, Hunan and Guangdong. Mao Zedong led the Hunan branch.

China’s National Labor Union was officially established in May 1925.

The memorial site is open on Tuesdays through Sundays from 9 to 11:30am and from 1 to 4:30pm. Admission is free.