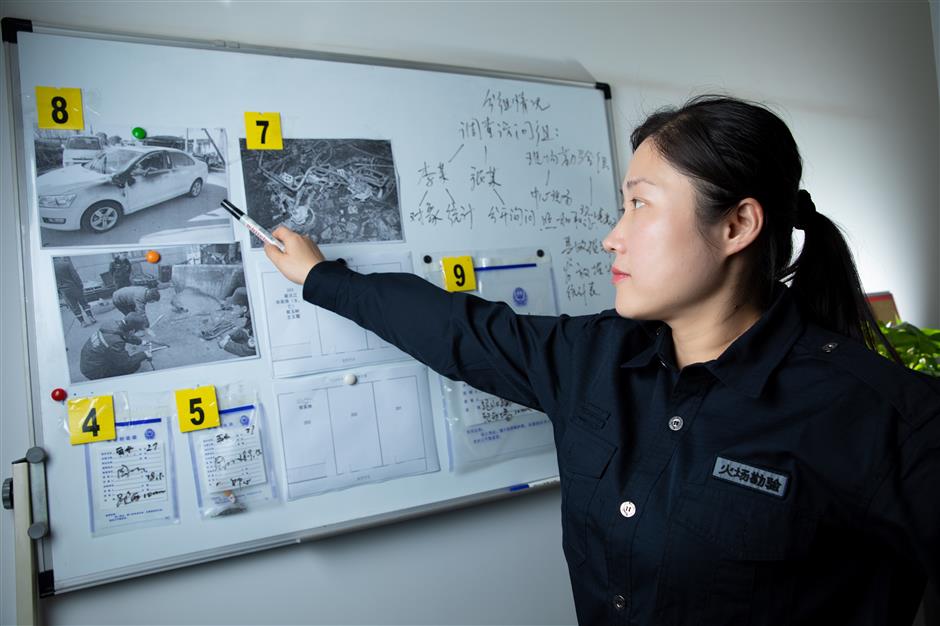 Shao Zhengya analyzes a fire case after returning from a fire scene. 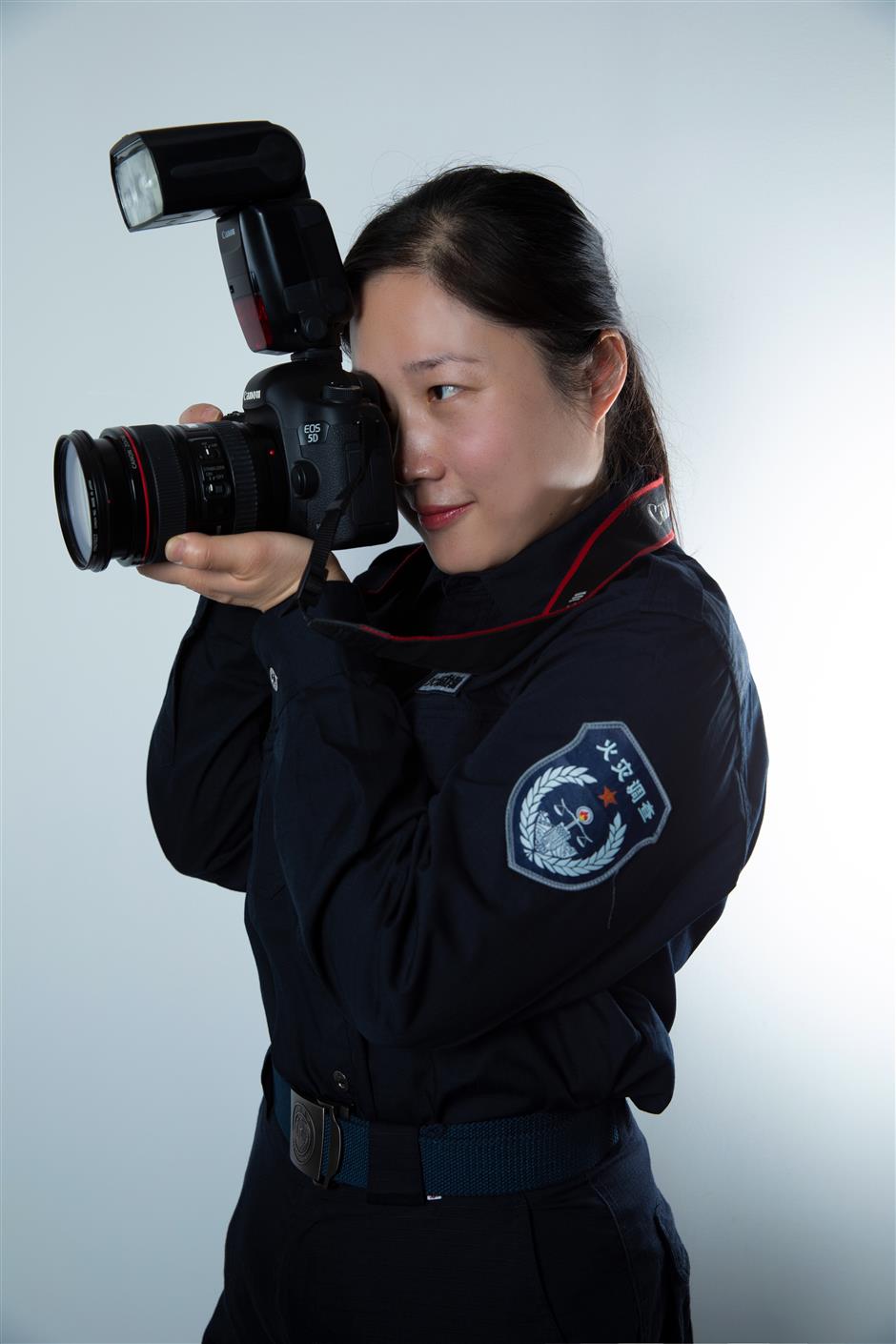 Shao Zhengya, 43, is the one and only female fire investigator in Shanghai.

She said she hadn’t thought it through when she chose to study fire investigation at the police university, but the job has turned out to be more challenging and fulfilling than she ever imagined.

“I feel really happy every time I unravel a fire case, and I’m fully motivated for the next case,” she said.

Although she was educated in fire forensics, Shao initially found the going tough as a woman. She spent the first 10 years of her career doing paperwork in a fire brigade.

In 2008, after having never given up hope of being able to apply her knowledge to actual cases, she became a full-fledged fire investigator.

A fire investigator’s job is to find the origins and causes of fires, and gather evidence to determine any responsibility of the parties involved.

The investigator examines the scene right after a fire is safely extinguished, whether it’s a cold winter night on a high floor with its windows blown out or a hot summer day when bottles of water don’t quench thirst.

There is no escape from the permeating stench of burnt rubble, and it’s inconvenient to wear a gas mask. The fire investigator also talks to witnesses when combing a scene.

A man might have an edge over a woman if a fire investigator has to lift heavy items during an on-scene investigation, but cases often boil down to an intellectual challenge that knows no gender, Shao said.

“For example, the firefighting process might make a scene initially misleading for investigators because the place that ends up burned the most heavily due to late application of water might not be the place where the fire started,” she said.

Shao recalled a fire that took place in a warehouse of lighting products at the border of districts of Hongkou and the former Zhabei. The fire started in a stack of cardboard boxes, probably caused by a cigarette butt. Investigators, however, couldn’t reach a conclusion at first because a cigarette butt wasn’t deemed cause enough to ignite cardboard that is not prone to accumulating heat.

However, footage from a surveillance camera next to the site showed a man throwing a cigarette butt into a small wall vent of the building before the fire started from that spot.

As a woman, Shao often has an edge in interrogating people who might have information about the cause of a fire. Not everyone is comfortable talking to officials. People are more likely to open up to a woman, especially when teenagers are being questioned, she said.

In simpler cases, it can take a week to draw conclusions about a fire. More complicated cases can take a month or two.

Shao, who works for Shanghai General Firefighting Squad, had to cover every fire involving at least one death when she started out on the job. Now, she and her colleagues need to handle fire cases only where three or more deaths are involved.

Apart from investigating fires, Shao’s job also is to review past cases reopened by the parties held responsible.

“A mentor once told me that we fire investigators should put ourselves in the shoes of the lawyer of the person who has filed a review questioning the conclusions of a fire investigation,” she said.

Her job also includes providing guidance to the investigations of puzzling fire cases, such as fires involving new products like electric or hybrid cars.

Shao said she’s a light sleeper, and in a half-awake state she sometimes goes over the math of a case in the quest for the how and why.

“People often ask whether a fire was caused by electrical appliance defects or by faulty circuits,” she said. “We try our best to answer them, but sometimes the answer went up in smoke with the flames.”

Shao, who is married with a 12-year-old daughter, has a supportive family. Her father, who was a senior engineer at a chemistry institute, shares his expertise in material sciences with her to help in some cases. Her daughter is keen to know details of her work.

There are 63 fire investigators in Shanghai and about 800 in the whole country. About 50 to 60 percent of fire cases in the city every year are related to electric appliances.