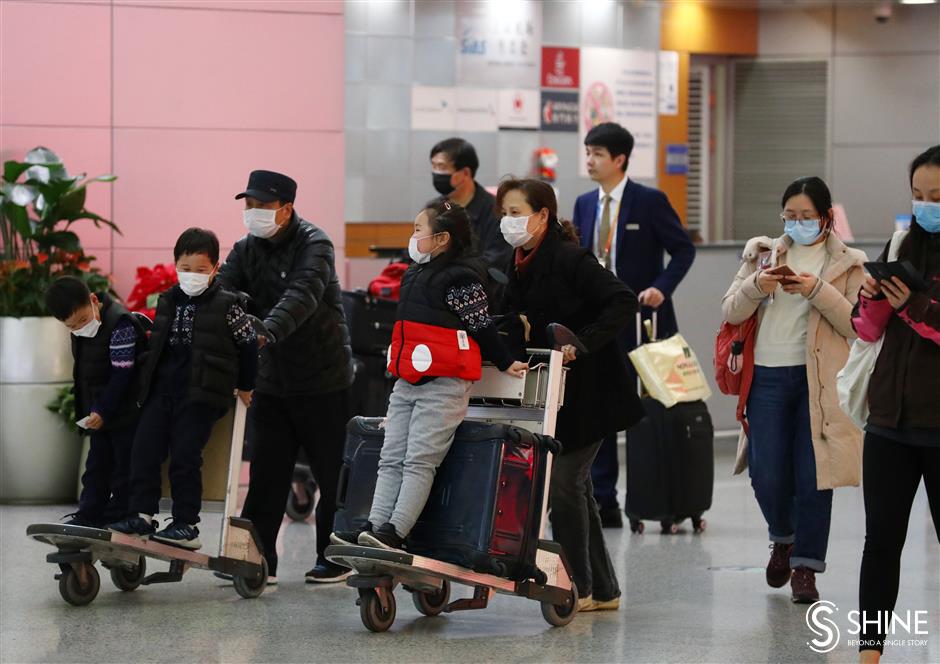 Parents made sure their children were also wearing masks at the T2 terminal on Wednesday.

Shanghai's airports, railway and long-distance bus stations began taking passengers' temperatures on Wednesday as part of the efforts to prevent spread of the recent coronavirus outbreak.

People with a high temperature are required to report and register at these transport hubs, the Shanghai Health Commission said.

The airport terminals as well as railway and bus stations have also enhanced sterilization processes and ventilation in addition to promoting prevention knowledge, it added.

Temperature checks have been set up near the departure gates at both Pudong and Hongqiao airports, the airport authority said. Staff at railway stations are using thermal detectors to check passengers’ temperatures.

Most passengers were wearing masks at Pudong’s T2 terminal on Wednesday. Staff at the airport's clinic said an increasing number of passengers had been coming there to have their temperature taken voluntarily.

A young mother surnamed Wu and her 7-year-old son were both wearing mask at the airport. "I learned about the current serious condition of the coronavirus-related pneumonia from the media. Since the airport is a crowded place, we should do something to prevent the virus," said Wu. "We wash our hands more often."

She said she was not too afraid of the disease because she believed the government and scientists would work out a solution.

Another woman, surnamed Xu, and her sister were wearing masks. They, along with Xu’s niece, were taking a flight to their hometown of Xi'an in Shaanxi Province. Although some family members believed they were in good health and didn’t need a mask, she thought it necessary to prevent the disease.

Some airlines require staff and crew to wear masks.

Shanghai-based China Eastern Airlines and Hong Kong-based Cathay Pacific and Cathay Dragon have asked flight attendants and pilots to wear masks while serving passengers on flights to or from Wuhan in central Hubei Province, where 375 novel coronavirus (2019-nCoV) infection cases have been reported, including nine deaths.

Most passengers at Pudong International Airport on Wednesday were wearing masks. 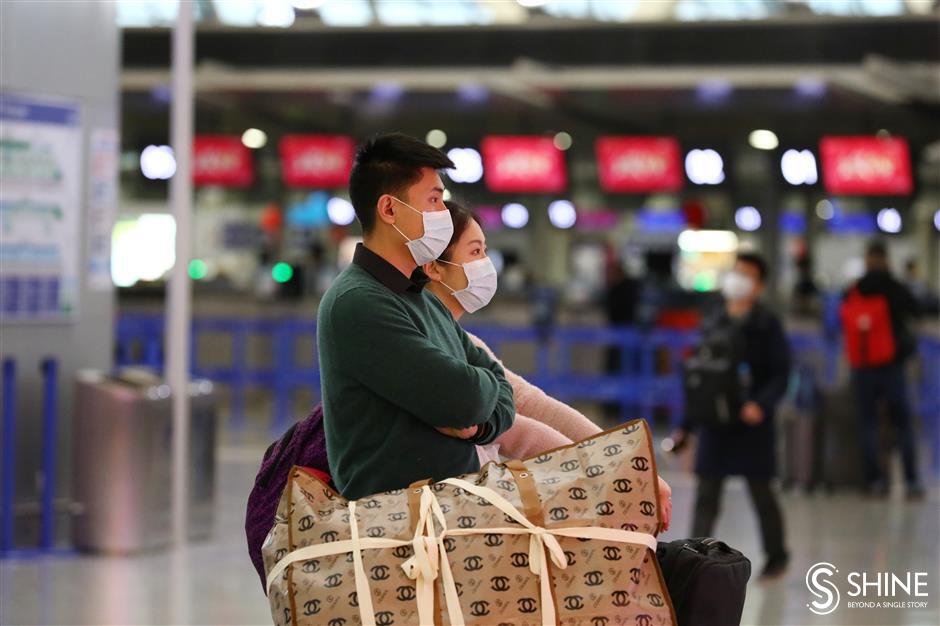 A couple wearing masks wait for their flight to be called at Pudong.

By Wednesday, Shanghai had reported nine coronavirus-related pneumonia cases and 10 suspected cases. All patients were being treated in quarantine. All were stable and none critical. Their close contacts were undergoing medical observation, said Wu Jinglei, the health commission’s director.

“The city will report the latest prevention and control on coronavirus according to law,” he said. “Information about all cases will be publicized by the health commission in time.”

The city has established a special taskforce to direct and manage coronavirus prevention and control.

Medical staff, with all the necessary medication and equipment, were on standby ready to treat patients, monitor suspected cases and deal with close contacts.

The government has ensured abundant production and supply of masks.

There are 110 fever clinics in hospitals in all 15 districts and the Pudong New Area and anyone suffering symptoms is required to visit. The clinics are open 24 hours.

Dr Zhang Wenhong, head of the city's coronavirus expert team, said Shanghai’s cases all had connections with Wuhan. The patients had either lived there, traveled there or had close contacts with an existing patient.

All nine patients were stable, though three had more serious lung conditions. None of them were using a respiratory machine. Compared with SARS and human bird flu, coronavirus spreads more quickly but patients’ symptoms are not so serious. However, close observation is needed to monitor its development.

People should avoid going to places where there is an outbreak, Zhang said. The incubation period is usually seven days while two weeks after returning to Shanghai was also a risk period.

He said tests could determine whether a suspected case was confirmed in 24 hours. 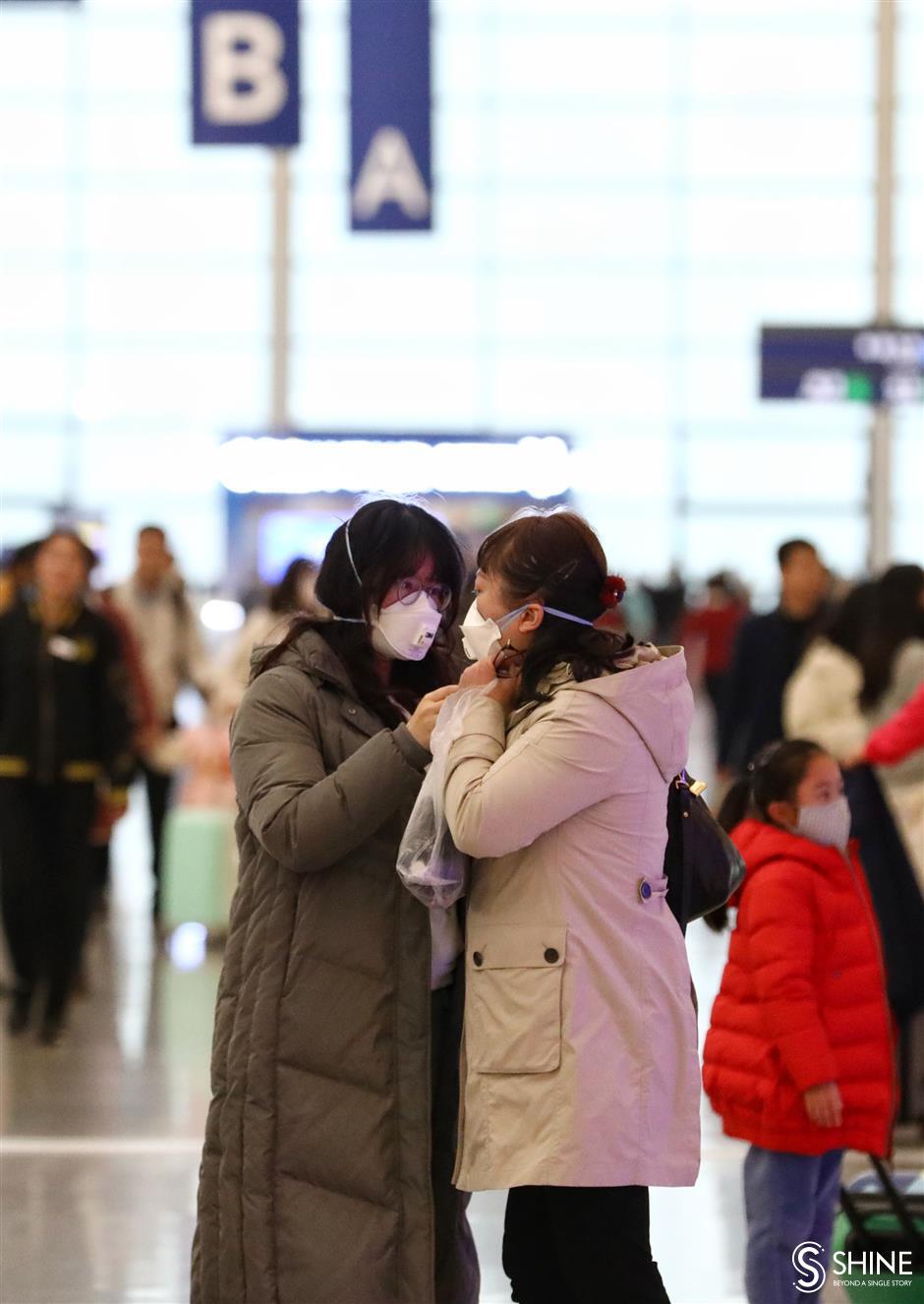