Up, up, and away for air crew students from poor counties 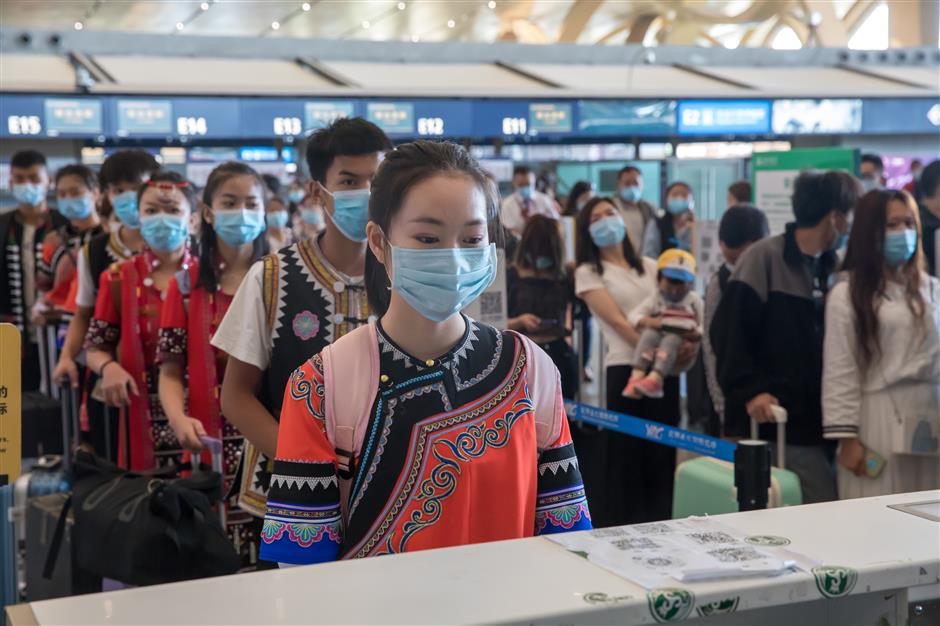 Eighteen students from impoverished mountainous regions of southwest China have arrived in Shanghai to study to become flight attendants.

The newly enrolled students from Honghe Hani and Yi Autonomous Prefecture in Yunnan Province have enrolled at Shanghai Open University, where they can gain college degrees and go on to become flight attendants with Spring Airlines.

The campaign aims to contribute to China’s ambition to eradicate absolute poverty by 2020. After graduating and starting work at the carrier, they can earn an average monthly salary of 8,500 yuan (US$1,197), triple the average income in their hometowns.

Spring Airlines, China’s biggest budget carrier, launched its “Blue Sky Dream Building” campaign with the air transport school at the university in January. The human resources official with the carrier went to Honghe in April and selected 18 high school graduates.

Seventeen are from the Hani ethnic minority.

“I regard the study opportunity in Shanghai as the first step to get rid of poverty,” Li Shunzhen, one of the  students from Honghe, said at the opening ceremony of the new semester at the university.

“I will definitely cherish the rare opportunity, obey the rules and study hard to become a qualified flight attendant."

The students, between 18 and 22 years old, will study for two-and-a-half years at the university’s flight attendant program. After passing an assessment and receiving further training, they can become flight attendants with the airline around 2022.

The university offers more than 9,000-yuan scholarships to each student along with meals and accommodation during their studies, while the airline will provide free transportation from Kunming, capital city of Yunnan, to Shanghai. It will also remit the 15,000-yuan training charge for each student. 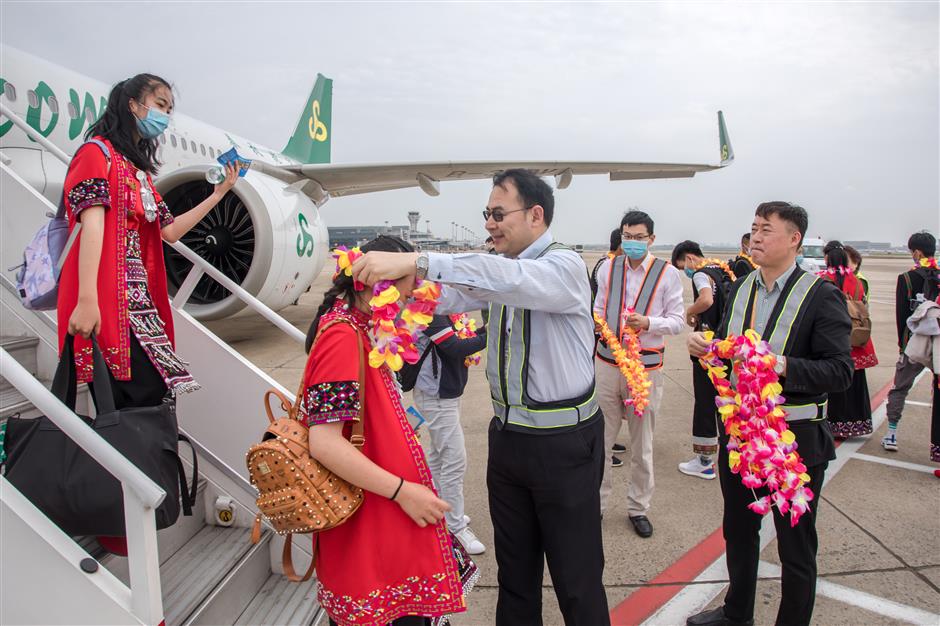 This is the first time that the airline, along with the university, is offering both degrees and job opportunities to young people in the impoverished counties, said Wang Yu, chairman of the airline.

“The goal is to help families get rid of poverty completely through the education and employment of their children,” Wang said.

Previously, the airline recruited 32 flight attendants from Honghe, Luchun and Jinping counties in the prefecture. They have been serving passengers in the air for more than six months.

Despite the COVID-19 pandemic that greatly impact the civil aviation business, the flight attendants from Honghe still managed to earn an average salary of 8,500 yuan per month. The carrier has tried to ensure work, despite reduced flights.

“We’ve allocated the best teaching resources and will try to help solve all difficulties for the students, especially during the pandemic,” said Chen Shenglai, the teacher in charge of the class. A teacher has been assigned to each student to offer full support both on study and life, she said.

Looking ahead, the airline plans to cooperate with Civil Aviation Flight University of China to train students from Honghe prefecture to pilot the Airbus 320, the major aircraft type in Spring’s fleet. They will cover the more than 800,000-yuan training cost for each trainee from the region.

The airline has subsidized more than 1.2 million yuan in grants and scholarships for students from Honghe, Luchun and Jinping counties, benefiting over 600 people in the region, according to Wang. 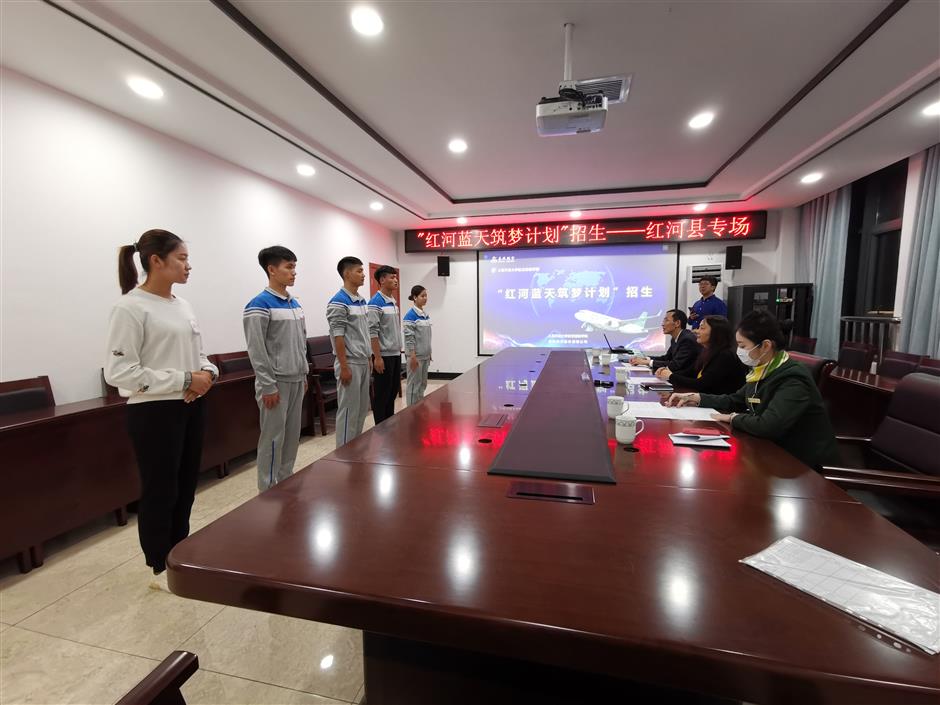 Special Reports
ADVERTISEMENT
Up, up, and away for air crew students from poor counties
First to third graders return to class on June 2
Shanghai first as domestically developed jet lands at Pudong
Experts share coronavirus experiences with African nations in online seminar
5 new imported coronavirus cases reported in the city
Summer arrives early with hotter days ahead
Think tank launches urban governance selection
Yuyuan Garden Malls bring customers back
North Bund to become blueprint for the future and a repository of history
The historic North Bund to be transformed with a futuristic look
EXPLORE SHINE