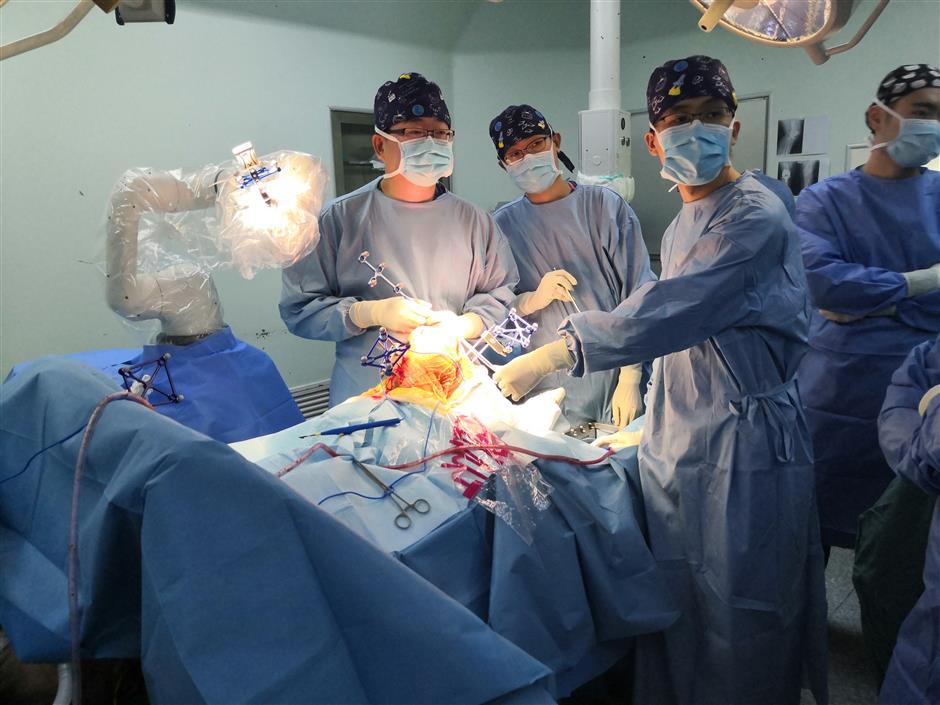 The patient was a 69-year-old woman with a pain in her left knee that had restricted her movement for years.

The surgical robot system, which is an orthopedic surgery navigation and positioning system, was developed by a team led by the hospital’s Dr Li Huiwu. All key parts are made in China. Previously, all such robots depended on imported parts.

“The robot can conduct pre-surgery planning and fulfil many surgery supporting tasks under the direction of doctors,” Li said. “With the help of the robot, there is less injury and damage to the patient, who has less bleeding, less trauma during surgery and a quicker recovery. The installation of an artificial joint is also more accurate than traditional methods.” 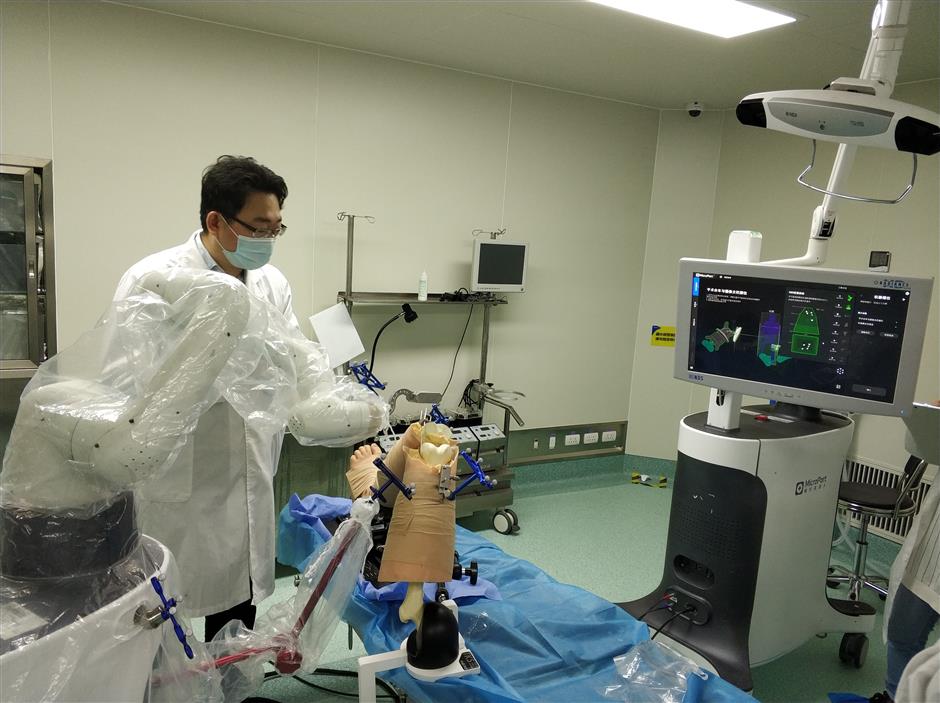 ﻿
Special Reports
ADVERTISEMENT
Robot 'surgeon' in city surgery a success
Over 320,000 products recalled in first half
No COVID-19 cases reported in Shanghai for Sunday
Raining in hot weather? It must be boiling water, says netizen
No locally transmitted coronavirus cases in hospital
Online lecture gives insights into infectious diseases
Lujiazui lights up at night with outdoor dining and entertainment
Pudong comes alive with festival of culture and art
No coronavirus cases reported in Shanghai
Forum focuses on rebirth of culture and tourism industries
EXPLORE SHINE