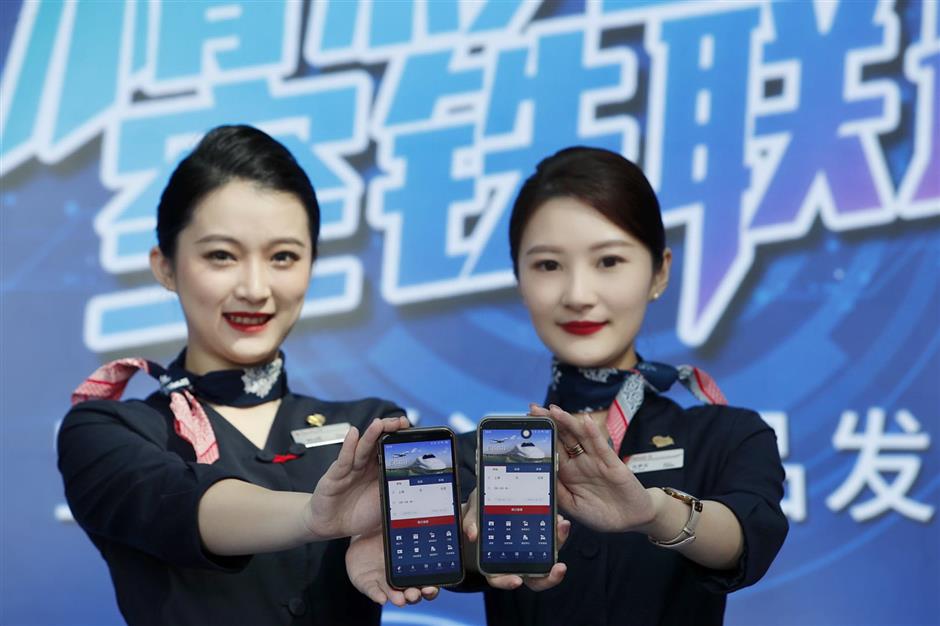 A new air-rail combined service was launched in Shanghai on Tuesday that allows passengers to transfer between domestic flights and trains by booking through a single app.

The service, jointly launched by China Eastern Airlines and China Railway Group, allows travelers to book combined flight and high-speed train tickets through either the China Eastern or 12306 apps.

The two parties have linked their ticket selling platforms and are sharing information with each other for the first time.

The initial phase of the service is mainly based around the Hongqiao International Airport and the Hongqiao Railway Station. China Eastern passengers can transfer to most cities in neighboring Zhejiang, Jiangsu and Anhui provinces via high speed trains. They can also reach the Hongqiao airport by train through the combined service more conveniently.

The service will be expanded to other domestic air hubs such as Beijing, Guangzhou and Shenzhen in Guangdong Province as well as Chengdu in Sichuan Province.

Railway operators and airlines have historically competed with one another for business. The deal between China Eastern and the railway group was signed in September 2019. 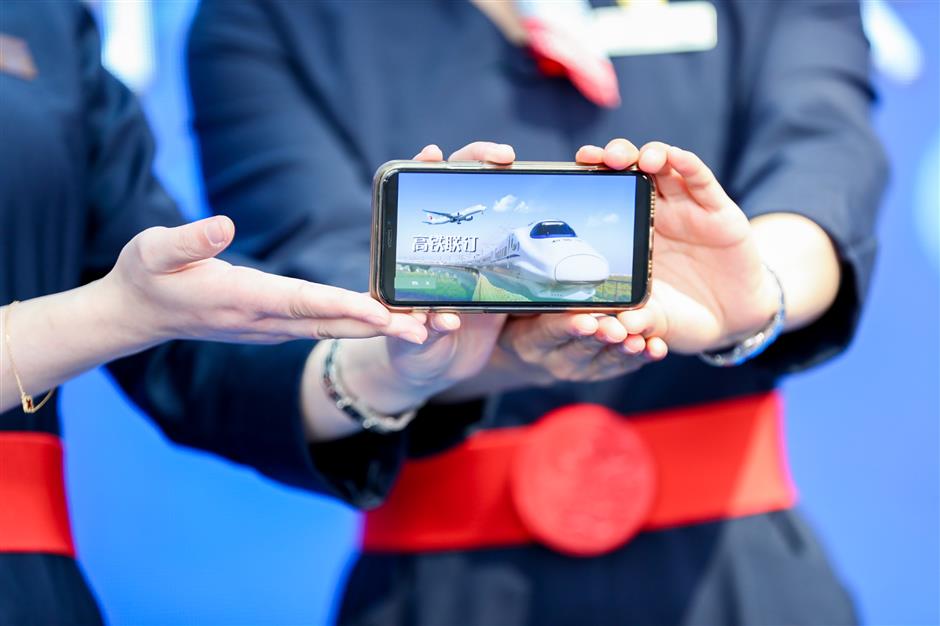 Travelers can book combined flight and high-speed train tickets through either the China Eastern or 12306 apps.

China Eastern formerly cooperated with local railway authorities in 2012 to launch an earlier air-rail service at the Hongqiao transport hub, but the ticket systems of both parties were not connected at that time, making it difficult for passengers to find suitable connections, said Yang Yong, a senior product manager with China Eastern.

The new service is part of the airline's efforts to make up for business lost as a result of the novel coronavirus outbreak.

The carrier, along with other domestic airlines, has launched promotional ticket packages.

China Eastern's package priced at 3,322 yuan (US$480) allows travelers to fly "free" only on weekends through the end of the year. It was so popular the carrier halted the first phase of sales on June 30.

Priced at 3,456 yuan, a new package from China Eastern allows users to take unlimited flights to any destination in the Chinese mainland on weekday mornings before 8am and on weekday evenings after 8pm. The package is valid for 180 days.