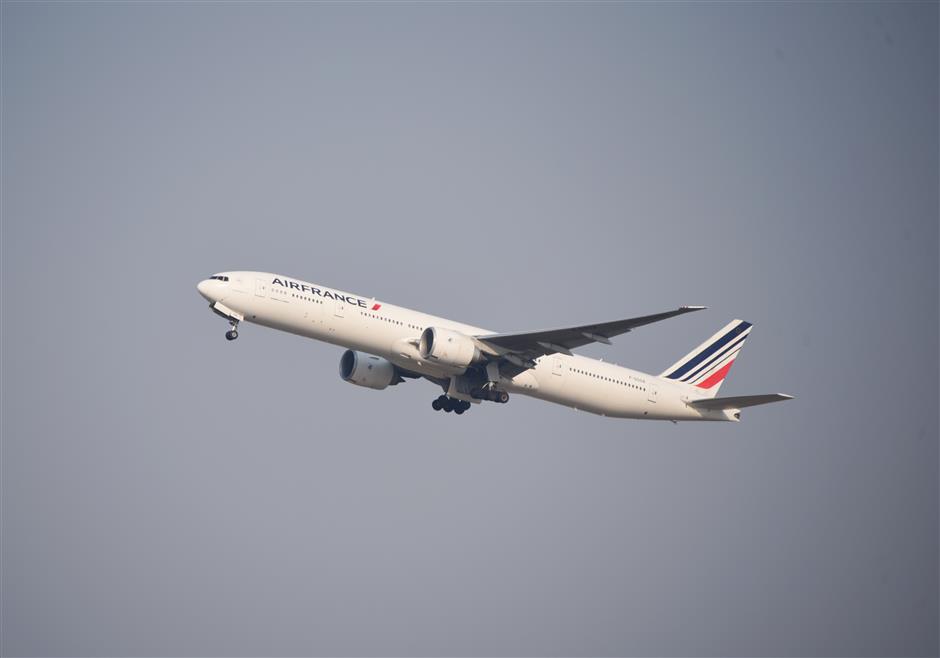 An Air France passenger aircraft loaded with cargo takes off from Pudong airport.

Air France’s flight from Paris to Shanghai has been suspended by China’s civil aviation regulator for a week from November 23.

Flight AF198 was suspended after six passengers on a flight from Paris tested positive for COVID-19 on November 6, the Civil Aviation Administration of China (CAAC) said on Wednesday.

The flight was one of the earliest international flights to Shanghai to resume after the novel coronavirus outbreak. The weekly passenger flight is operated by Boeing 777-300 wide-body aircraft.

Air France KLM, currently the largest European airline group with a China-Europe route, has said it will increase its cargo service to Shanghai to cap rising demand amid the pandemic.

Passenger aircraft have been converted to carry cargo.

According to CAAC policy, if all inbound passengers on an airline test negative for the novel coronavirus for three weeks in a row, the airline will be allowed to increase flights to two per week.

If five test positive, the airline's flights will be suspended for a week. The suspension will last for four weeks if 10 passengers test positive.

Over a dozen flights have been suspended since the policy was introduced in June.