HIV-positive man gets kidney transplant and new lease on life 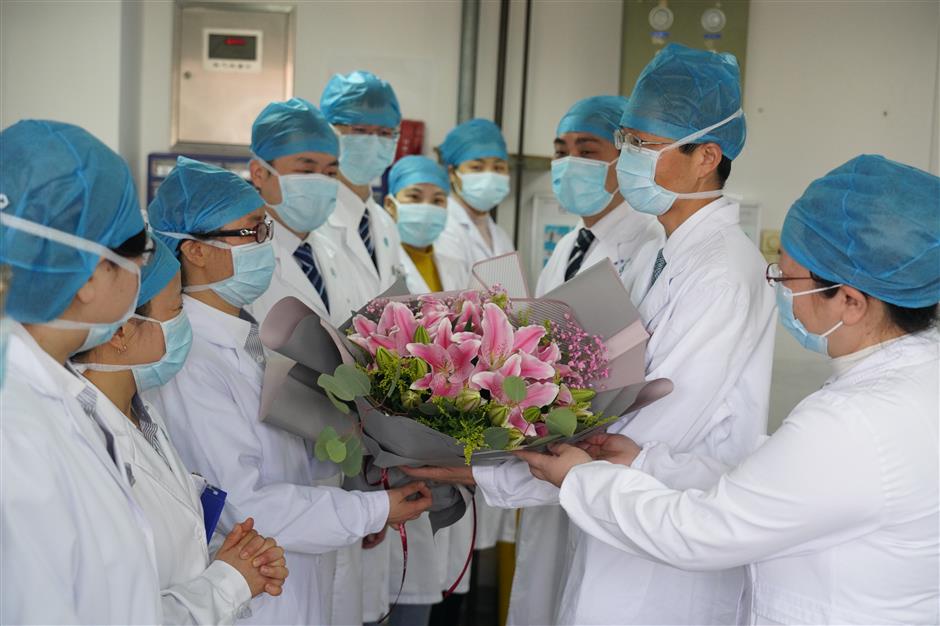 Doctors hold flowers given to them by Li Ming (not his real name), an HIV patient who received a kidney transplant, as a gift to express his thanks at the Shanghai Public Health Clinical Center on Tueday.

After a kidney transplant and one month of treatment, an HIV-positive man with uremia was discharged from the Shanghai Public Health Clinical Center today, the 33rd World AIDS Day. The medical procedure was the first of its kind in the city.

“I am very grateful to the doctors and nurses from the Shanghai Public Health Clinical Center," said the patient Li Ming (not his real name). "They give me a new lease on life.”

The 52-year-old suffered from genetic kidney disease. Four years ago, he began to receive hemodialysis treatment at the clinical center to sustain his life after his kidney could no longer excrete waste and to help maintain his body's electrolyte balance. 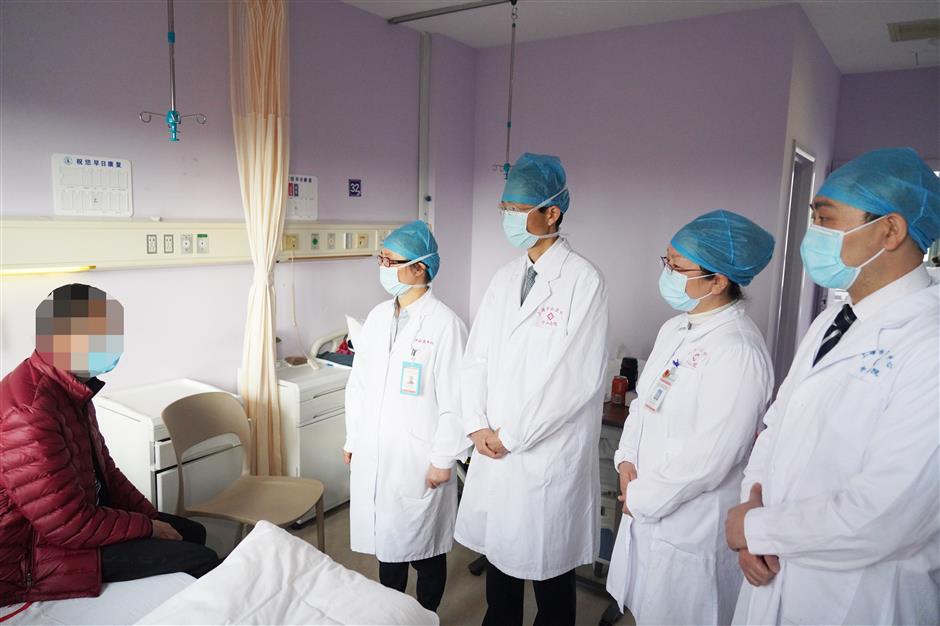 The doctors ask about the situation of Li Ming, the HIV patient who received the kidney transplant in the Shanghai Public Health Clinical Center on Tuesday.

He went to see a director of the center Zhu Tongyu, who is an experienced kidney transplant doctor, to make every possible effort to save himself.

Zhu told him that the risk of infection will increase after the HIV patient with low immunity take anti-rejection medicine for term and there are only a few HIV sufferers having the transplant in the world. But the related medical and surgical treatment is well-established. The main problem is finding a matched kidney and having the approval of medical ethics.

Through medical testing, his wife is able to and willing to donate her kidney to Li. At the end of September, after the approval was received, a team for the transplant was established to plan the treatment from many aspects including system, urinary system postoperative care.

On October 23, the operation was plain sailing. A week later, the wife left the hospital after recovery.

Though Li suffered from infection after the surgery, he recovered from the infection and the kidney failure a month later.