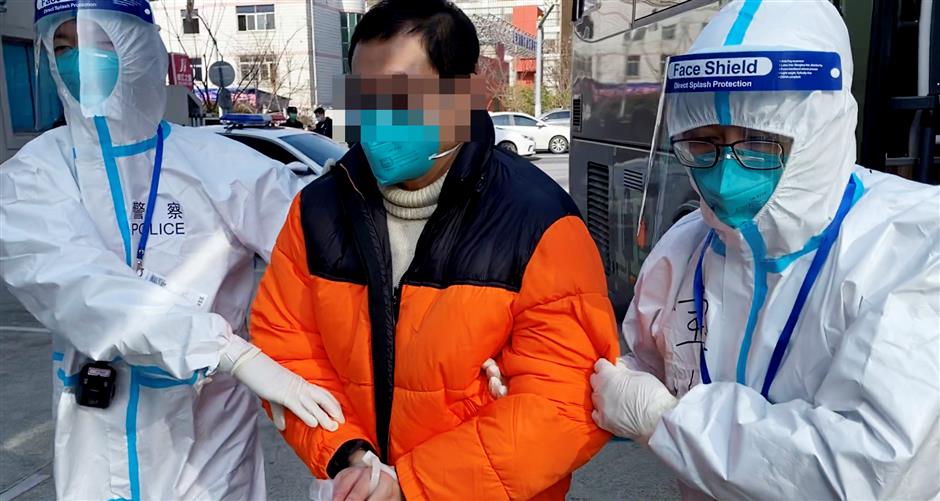 The suspect arrives in Shanghai on Saturday.

The suspect in a 2019 Shanghai fraud case was repatriated to China from Thailand on Saturday.

The suspect, a man surnamed Li, allegedly signed wine deals with the victim in May and June 2019 and had fled when police in Baoshan District started their investigation in July that year.

Li received wine worth 12 million yuan (US$1.9 million) from the victim and sold it to others before he fled with the earnings, police allege.

He was caught by Thai police earlier this month. He was repatriated to China through the coordination of the Chinese embassy in Thailand, according to Shanghai police.

Li was the first fugitive netted by local police this year under their “Fox Hunt” campaign, an ongoing law enforcement program which aims to bring economic crime suspects back to China from overseas.