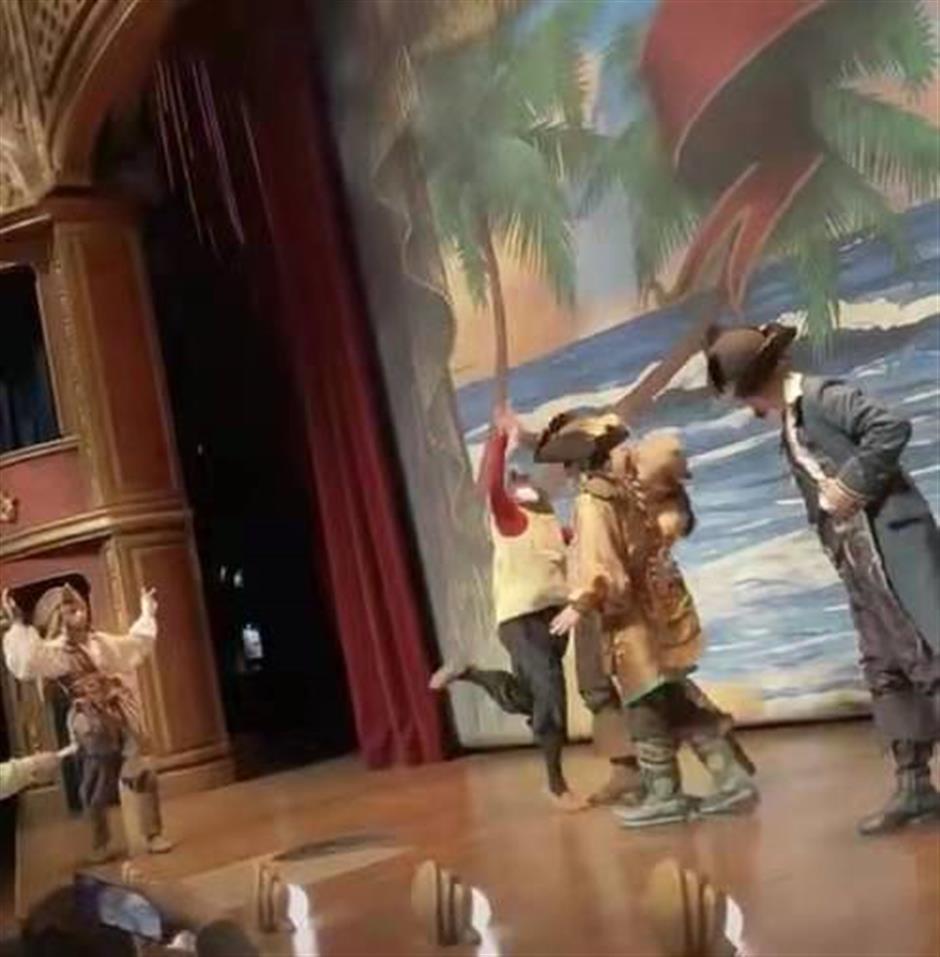 A screen grab of the video clip of the incident.

A woman who allegedly attacked an actor during a show at Shanghai's Disneyland on Saturday has mental health issues, police said on Sunday.

The incident happened at 5pm on Saturday.

The woman, 35, surnamed Guan, allegedly went onto the stage during the show and beat an actor with her hands, interrupting the performance.

Guan was summoned by police, but was unable to communicate with them. Her family reported they believed she had a mental illness.

Later at the Shanghai Mental Health Center, she was diagnosed with an acute mental disturbance.

Guan travelled to Shanghai on her own, and claims on the Internet that she had visited the Disneyland with her daughter were a misunderstanding, according to the police.

No actor was injured in the incident.