Jiading signs projects worth over 25b yuan 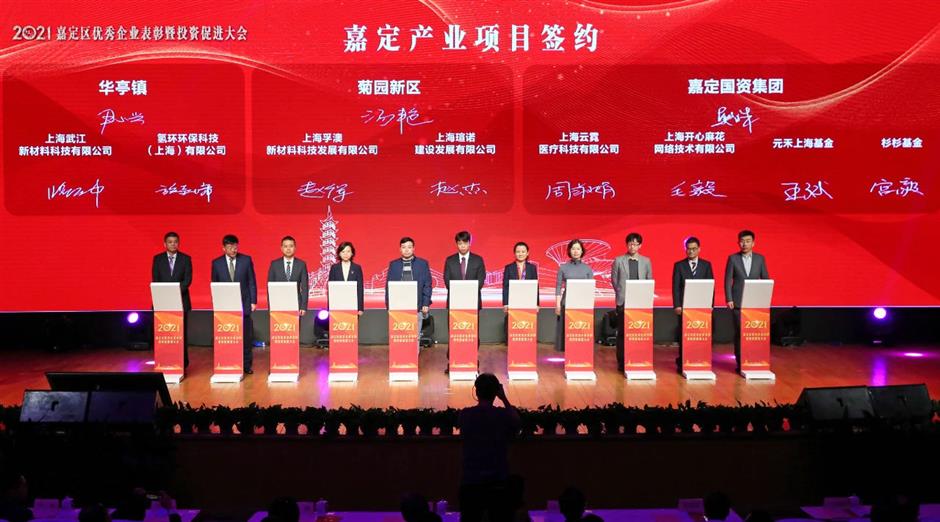 A total of 93 new projects with investment of over 25 billion yuan (US$3.9 billion) were signed in Jiading District on Wednesday.

Most of the projects related to smart manufacturing, biomedicine, digitalization, financial services, the online economy and smart, electric, connected and shared automobiles.

A total of 3,233 businesses set up shop in the district in January this year, 75 percent more than in the same month last year, according to the government.

The district government also predicts that in the first quarter of this year the output of larger industrial companies grew over 30 percent from the same period last year to stand at 110 billion yuan.

Jiading’s New Town, which will cover a third of the entire district, expects to see a total annual output of a trillion yuan by 2025, with 350 billion yuan generated from the advanced manufacturing sector and 650 billion yuan from trade and service industries, according to the district government.

A district-level investment promotion and service center was also established on Wednesday. The center aims to better focus resources in attracting investment to the district.