Shanghai Jiao Tong University’s Ruijin Hospital and gaming company MiHoYo have signed an agreement for a laboratory to explore brain-computer interface technology and its use in clinical medicine.

The two parties will work together in technology development and talent cultivation to make the lab influential in education, research, application and industry in terms of brain-computer interface technology.

According to Lu Bao-Liang, a professor at the university and director of the new lab, the team is currently using videos and interactive questions to collect data on indexes for diagnosing depression, a primary stage of their research.

“In the future, MiHoYo will design games for the program in which we can collect information such as brain waves and eye movement data to assess attention of patients from depression during playing,” he said.

In the process, Lu said, the company can also collect interactive data for future game designs. 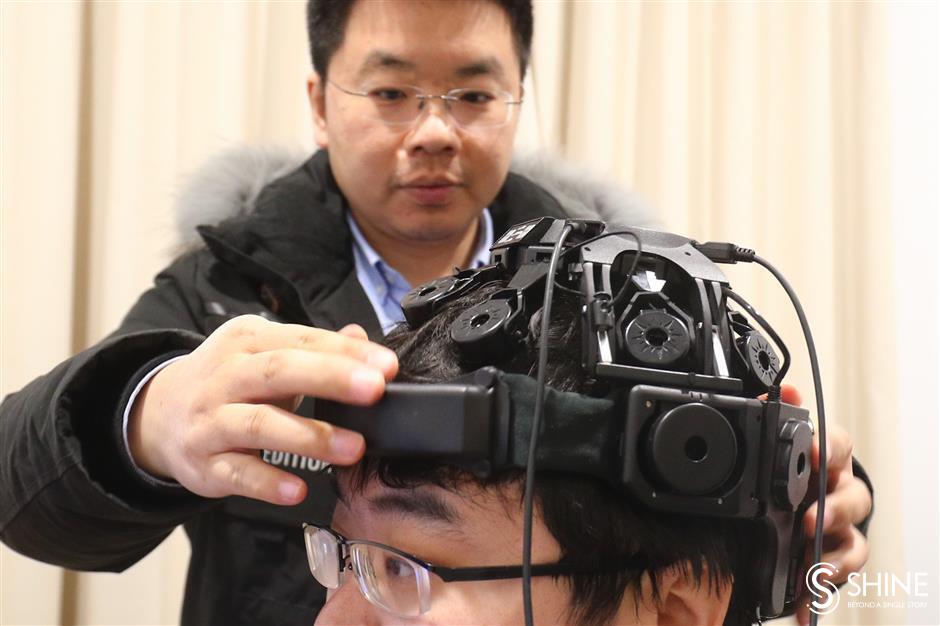 A researcher helps a subject put on a helmet that will track his brain waves.

On Thursday, Shanghai Daily saw a computer equipped with devices tracking eye movements and brain waves at the lab. When a user put on a helmet to watch videos and answer the interactive questions, his brain waves and eye movements were recorded.

"We've found some differences in these indexes between healthy people and depression patients but will try to find out some definite rules or standards to help doctors make judgments," said Lu.

More indexes, including facial expression, voice and skin conductance, will be added to the system.

“Currently, the diagnosis of depression mainly depends on description by patients and observation of doctors, which are subjective,” said Lu. “Our research is expected to add more objective parameters to the process and help better treat depression — a short-term goal of our research.”

In the long run, the lab is looking forward to developing products for treating the illness.

“For example, we can develop a game to adjust patients’ emotions,” said Lu. "Or we can also create a robot which the patient can have at home to record his life so as to assist doctors monitoring his condition and therapy efficacy. The robot can also interact with the patient according to his condition.

“Also, we can help collect data to support deep-brain stimulation therapy for refractory depression patients — which uses a technique called neuromodulation to either enhance or reduce activity in the nervous system.” 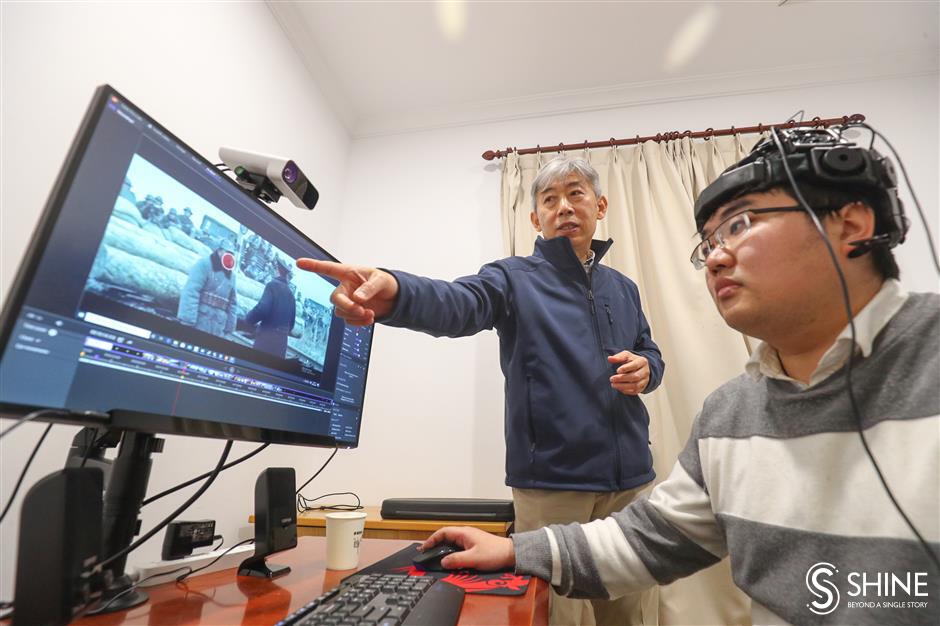 Lu Baoliang (left), a professor at Shanghai Jiao Tong University and director of the new lab, shows how the system tracks eye movements.

Zhang Chencheng, a doctor at Ruijin's functional neurosurgery department, said the research was important for treating depression as a kind of digital therapeutics, a frontier in medicine featuring evidence-based therapeutic interventions driven by high-quality software programs to prevent, manage, or treat a medical disorder or disease.

"Depression cannot be diagnosed with conventional tests, such as blood tests," he said. "We have to make a judgment according to patients' behavior. Some digital approaches can help us collect information and analyze their behavior and then work out individualized therapies, including traditional therapies and new technologies. And also, curing depression takes a long time and we need such approaches to help us monitor the condition of patients and take preventative actions, such as a caring robot at home."

Lu said that when the brain-computer interface technology matures, it can be used to treat other mental diseases.