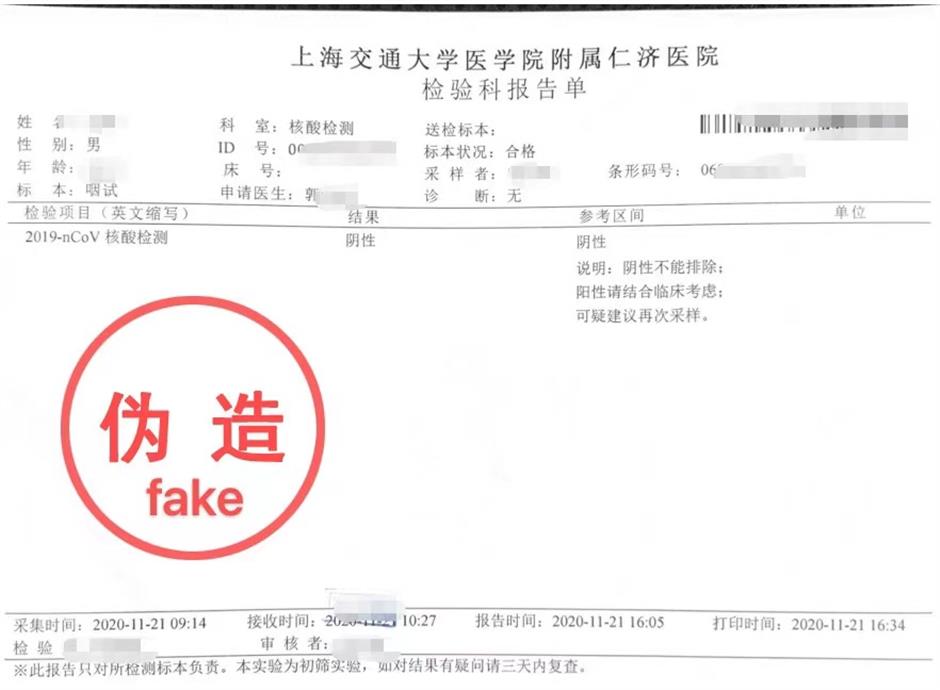 A fake negative nucleic acid test report said to be from Renji Hospital made by a seller on Taobao.

Qingpu District’s procuratorate has approved the arrest of a man who made over a thousand fake medical reports, including more than 90 negative nucleic acid test reports, over a six-year period.

In January, police found a shop on e-commerce platform Taobao selling fake reports said to be from hospitals that included Shanghai’s Renji Hospital and the Peking University Third Hospital.

Customers were told they only needed to provide name, gender and age and were promised that everyone would see them as genuine, the procuratorate said on Monday.

He downloaded pictures of medical reports and made fake documents using Photoshop. He also made nearly 50 fake hospital seals.

During its investigation, the procuratorate found he also sold fake negative reports for COVID-19, with false official seals and faked doctors’ signatures.

The man said that many people from cities all over the country had placed orders for fake negative COVID-19 reports.