Man with 'cocoon' in abdomen cured by surgery

A man with a very rare disease that caused ongoing abdominal pain and intestinal obstruction over the past year has been cured through a surgery conducted at Renji Hospital.

He began vomiting and experiencing serious abdominal pain and intestinal issues last April. All treatments were ineffective and his weight dropped from 80 to 50 kilograms within six months.

Because surgery was a risky option, many hospitals turned him away.

During a visit to the south branch of Renji Hospital, doctors found a mass in his left abdomen but all tests for cancer were negative.

Doctors determined the man suffered from an abdominal cocoon, which occurs when the small bowel is encased in a thick and fibrotic membrane.

“An abdominal cocoon is a rare abdominal disease with a pre-surgery diagnosis rate of only 4.6 percent," said Dr Liu Yingbin, the patient’s chief surgeon. "It can be related to a congenital deformity, cancer, autoimmune reaction, chemotherapy, dialysis, viral infection and some medications. It's called an abdominal cocoon because the mass looks like a cocoon." 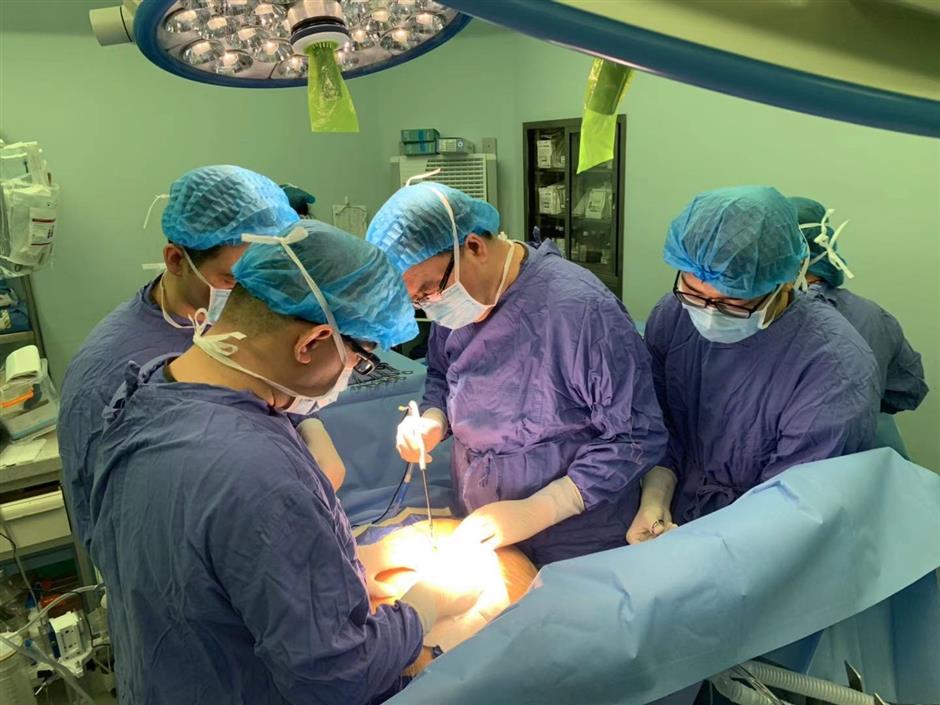 Doctors from Renji Hospital perform the surgery to remove the abdominal cocoon.