As of May 31, Shanghai Railway Transportation Procuratorate had arrested 201 suspects in 120 food crimes since it took charge of prosecutions in 2018, according to a press release on Monday.

It also filed suit against 169 individuals in 79 food crimes with 151 suspects convicted in 75 cases.

The most prominent cases featured banned clenbuterol detected in frozen beef, water-injected beef and the poisoning of livestock.

Food crimes involved many links, such as raw material purchases, production, packaging and sales. In recent years, with increasing efforts to crack down on sales and sources of inferior food, food crimes gradually developed into a well-organized, integrated industrial chain, prosecutors said.

The cost of online sales is low and the profit is high, prosecutors said. More such crimes are being conducted by families, with members playing different roles and working in close cooperation to commit crime. 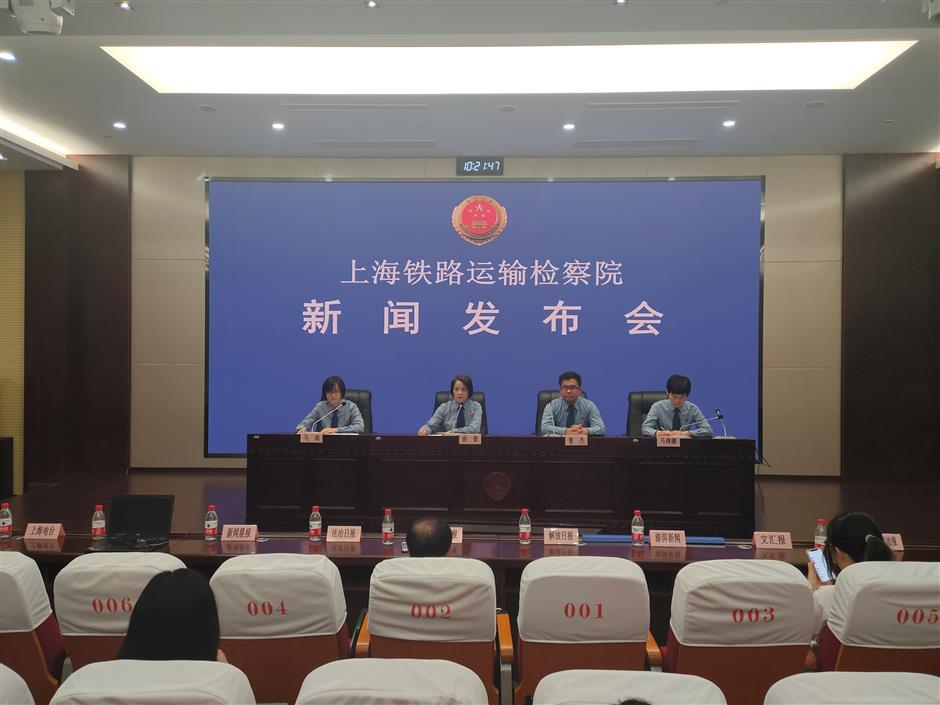 Prosecutors issue a press release on food crimes on Monday.