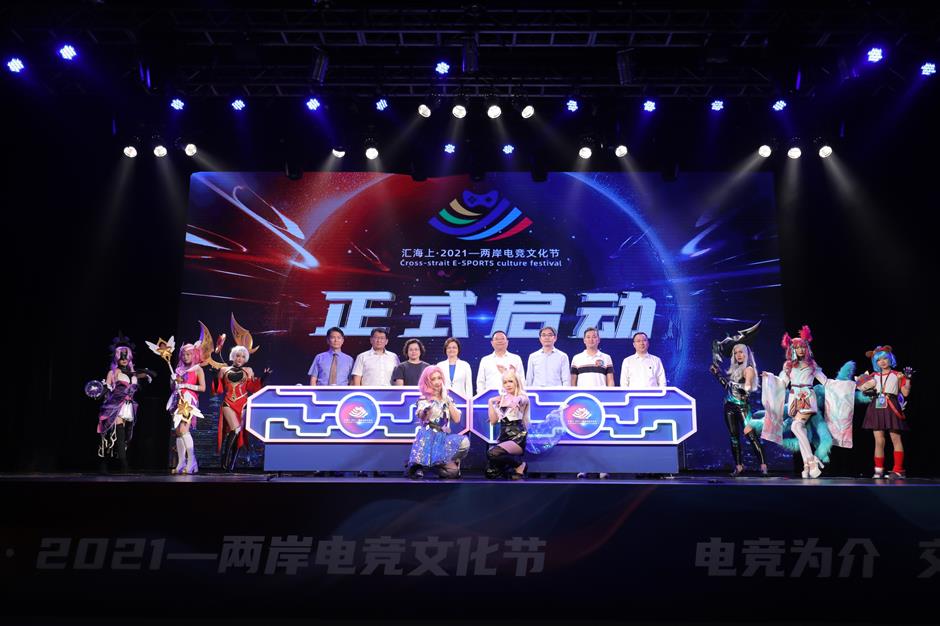 The 2021 Cross-Strait eSports Culture Festival kicked off in Putuo District, Shanghai, on Thursday.

Performances, including a cosplay show based on the famous digital game League of Legends, kicked off this year's Cross-Strait eSports Culture Festival in Shanghai's Putuo District on Thursday.

The event, the third of its kind, is organized by the Shanghai Taiwan Affairs Office, the Shanghai Cross-Strait Communication Promotion Association and Putuo's Taiwan affairs office and culture and tourism administration.

It will run through December in both Shanghai and Taipei, Taiwan, featuring eSports games, cultural events and creative activities.

The event has become a platform to promote cross-Strait exchanges and cooperation among young people, as well as boost the development of the eSports industry.

Despite the COVID-19 pandemic, the festival was held as scheduled last year, attracting more than 110 teams from 86 colleges and their competitions were watched online by more than 800,000 people.

At the opening ceremony on Thursday, 11 enterprises from the fields of games, animation and cultural creativity offered 108 internships, such as livestreaming managers and animators, to help cultivate eSports talent in the city. 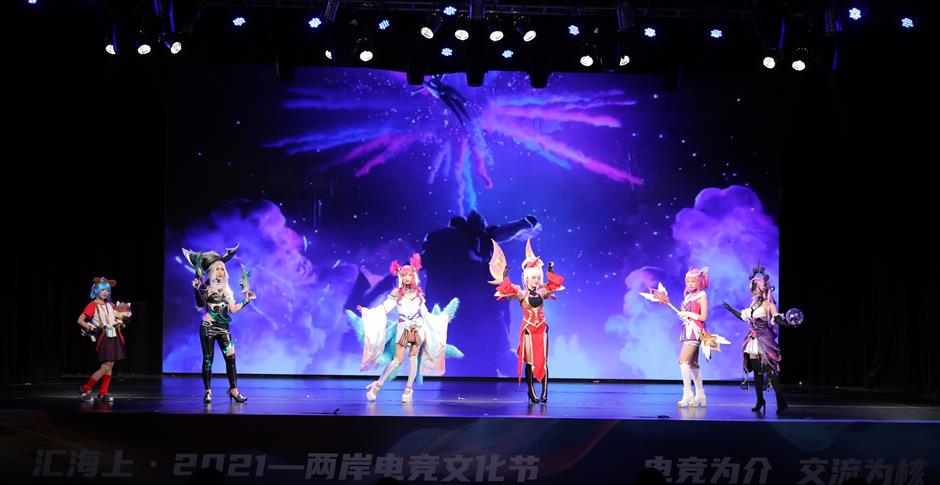 A cosplay show is staged during the opening ceremony of the festival.