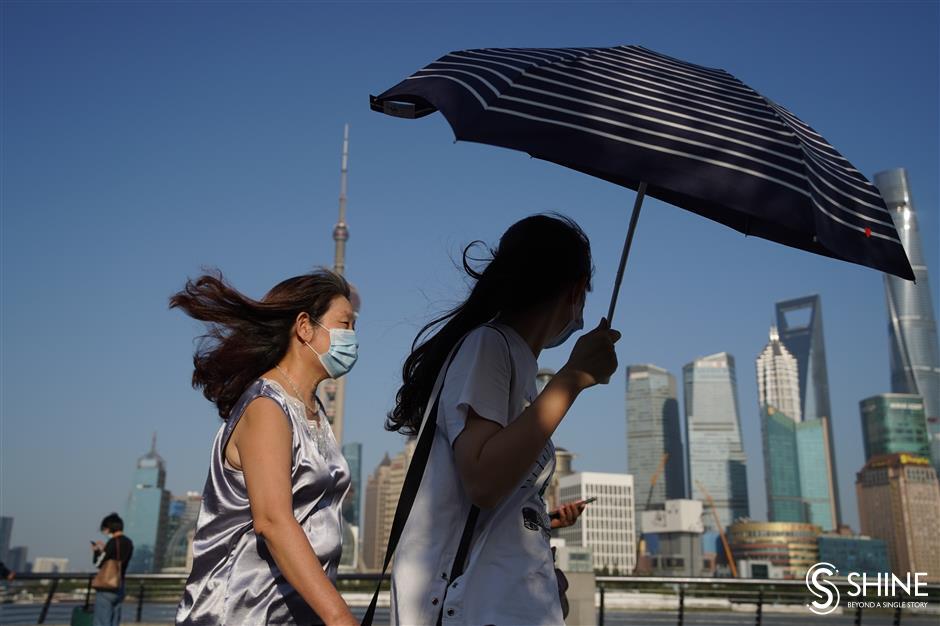 A woman uses an umbrella to protect herself from the scorching sun on the Bund in downtown Huangpu District on Thursday. 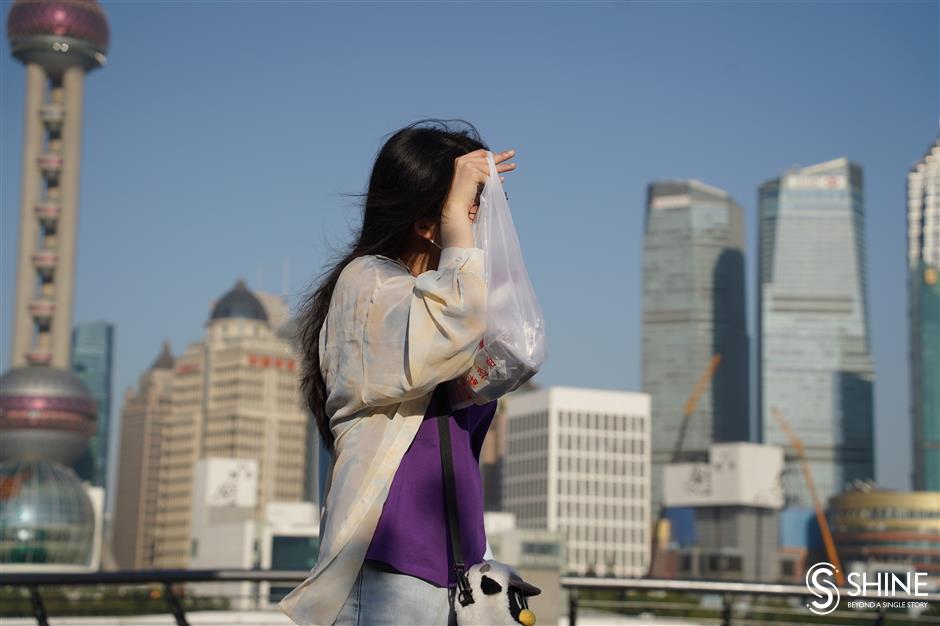 A woman swelters in the hot weather on Tuesday.

Thursday's temperature in Shanghai triggered a yellow alert, marking a scorching start to the 16th solar term qiufen, or the Autumn Equinox, according to local weather authorities.

Thursday was this year's 14th high-temperature day, and the weather was sunny and sizzling with the mercury soaring to 35 degrees Celsius.

Usually, the arrival of meteorological autumn comes in this period or the following solar term, bailu, however, the highs over the next two weeks are expected to remain around 30 degrees due to the tropical high pressure, weather officials said.

After qiufen, days become shorter than nights with the temperature difference growing bigger.

Showers are expected to cool the city at the end of September, with the temperature dropping to lows of around 23 degrees.