Here's the auto lesson: Sit on a chair and learn to drive

Instead of sitting in a car, now you can sit on a chair and learn to drive, albeit wearing a virtual reality headset.

The driver training machine that has been widely popular in Beijing has now come to Shanghai.

At Yindu Driving School, a 31-year-old woman surnamed Wang who has passed the written test for driving, was learning to drive on such an VR machine on Tuesday afternoon.

Wang learned to make turns as well as other basic driving skills on the machine under the guidance of a coach.

"I would be scared if I was sitting in a car at this stage, but on this machine I feel safe," she said. "I feel like I'm really driving on the road because when I bumped into something my chair rocked a little bit." 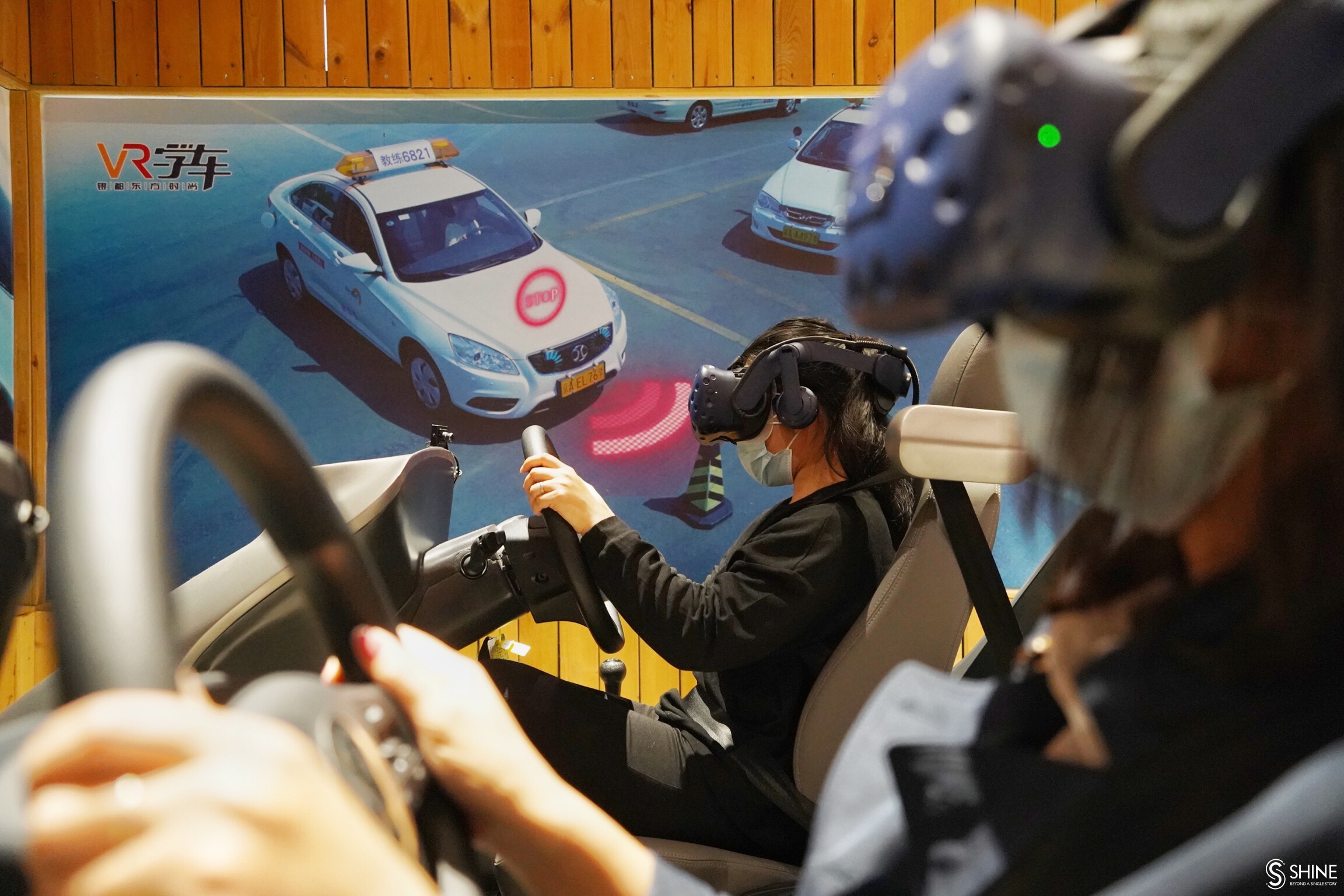 The machine offers all kinds of settings in driving tests for learners, such as reverse parking, backing, curve driving and slope stop and start. It also has settings for rainy, snowy and foggy environment for future drivers to challenge their driving knowledge and skills.

About 300,000 people in Beijing have got their driving licenses after being trained on the VR machines, and the test passing rate among people who used the machines is 20 percent higher than those who learned driving the traditional way, according to the company that developed the machine, the first of its kind in China.

Yang Chao, an experienced driving coach who helped Wang and her fellow students at the driving school in using the machine, said the machine has several benefits for driving schools and people learning to drive.

"Driving schools are often crowded with trainees, and people often have to wait in line to practice, but on this machine they can practice undisturbed however many times they want," he said. "It also enables them to train in a comfortable environment regardless of the weather outside."

However, it doesn't mean that people don't need to hit the road at all before taking the driving test. They will still be coached to drive through the streets later.

So far, 28 such machines are available for people learning to drive in Shanghai, and Yindu Eastern Pioneer, the company that introduced the machine to the city, said it plans to make 100 available by the end of this year.

Just like in Beijing, most of the machines will occupy space in office buildings in downtown so that people don't need to travel to driving schools which are mostly located in the suburbs.

The company said it will develop an English version of the software for the machine to enable foreigners to use it.

The driver training industry in Shanghai has been actively seeking tech solutions in recent years. Since 2017, some driving schools have been using cars equipped with artificial intelligence to train drivers without coaches being present.