City basks in autumn weather but cold wave is coming 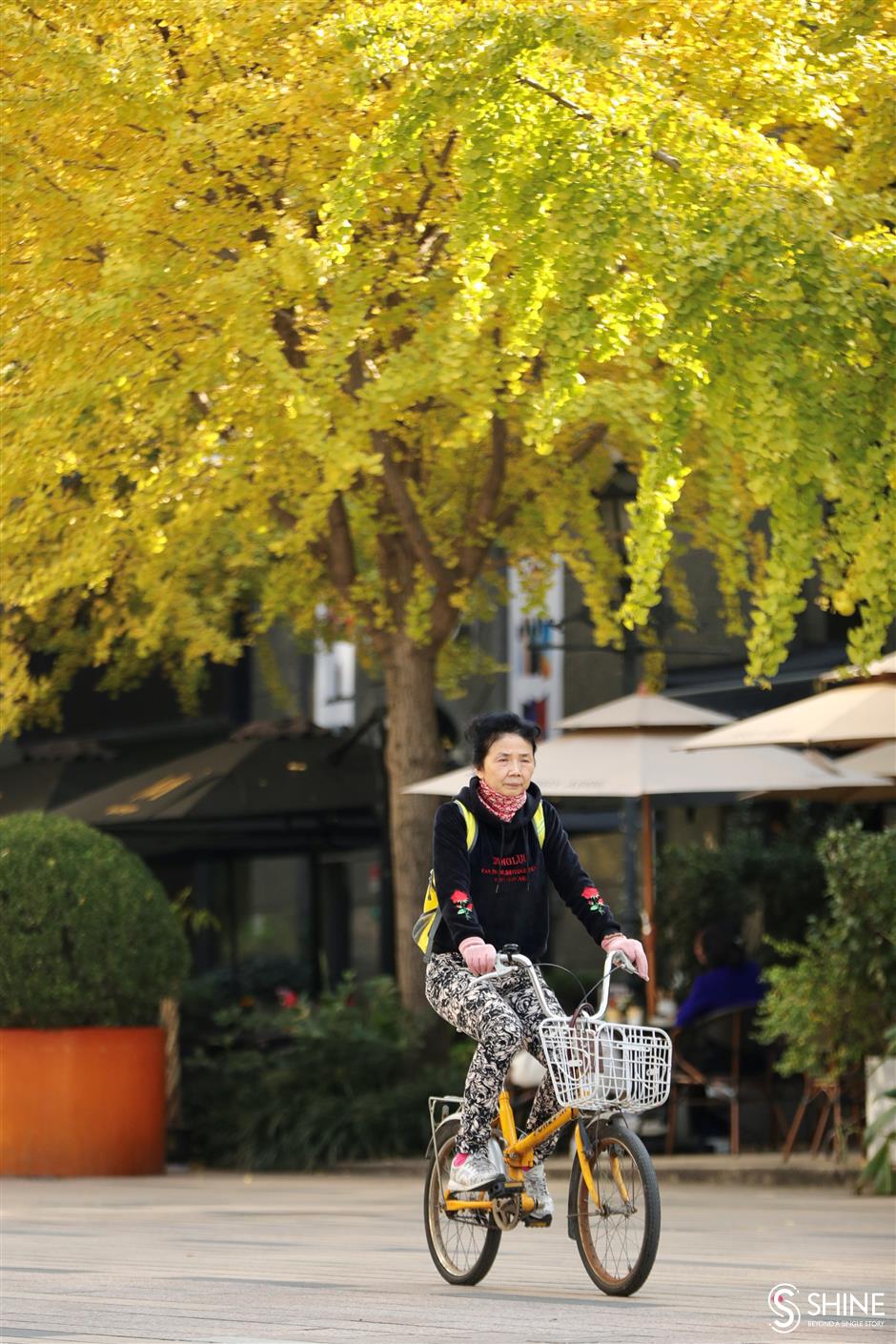 A woman rides a bike in the beautiful autumn weather on Golden Street in Gubei, Changning District, on Monday.

It was a day when the temperature ranged between 10 to 20 degrees Celsius, the city's weather authorities said.

The pleasant weather is expected to remain until Friday with mercury fluctuating between 10 and 19 degrees, while Saturday is likely to be hit by a new round of strong cold air and stronger wind, making the lows drop to below 10 degrees.

However, showers are expected to hit the city later in the week because of the thick clouds, the forecasters said. 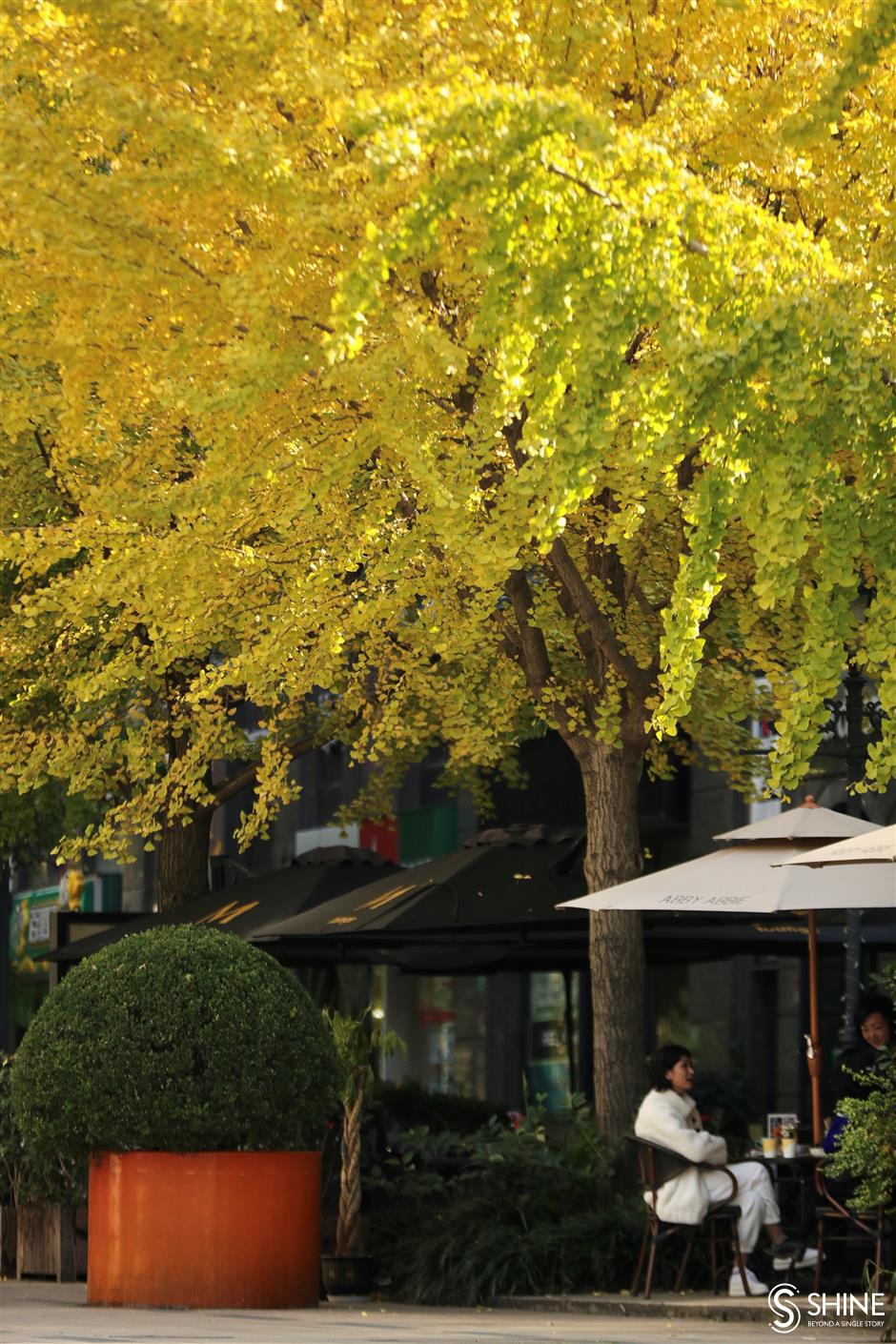 People enjoy the autumn weather under a ginkgo tree with yellow leaves.