Doctors from Shanghai Children's Hospital have successfully removed a nail with a star shaped head from the skull of a 3-year-old girl.

The accident happened after the child fell while playing with another child at home on Thursday.

The nail stuck into the skull to a depth of 1.3 centimeters, causing a skull fracture and bleeding, but hardly injuring the functional brain area.

Doctors conducted a 5-hour surgery to remove the nail, while protecting the brain. The girl is in a stable condition, and is recovering well, the hospital said on Sunday.

Experts said children can suffer complications to the nervous system after such injuries. 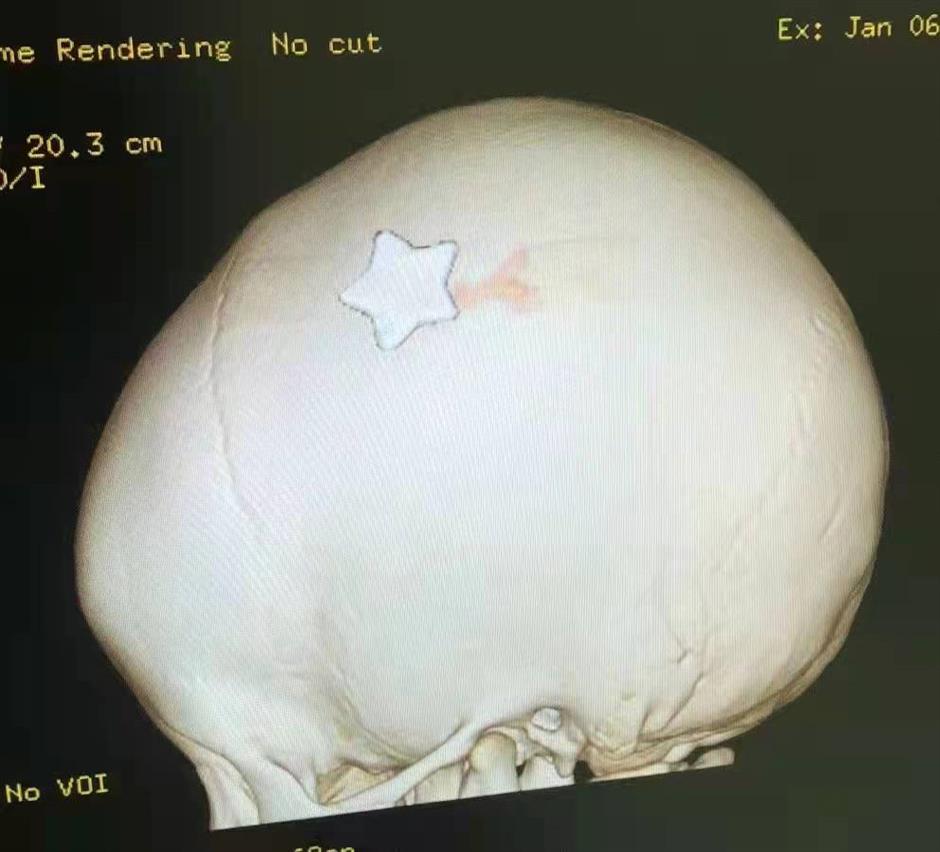 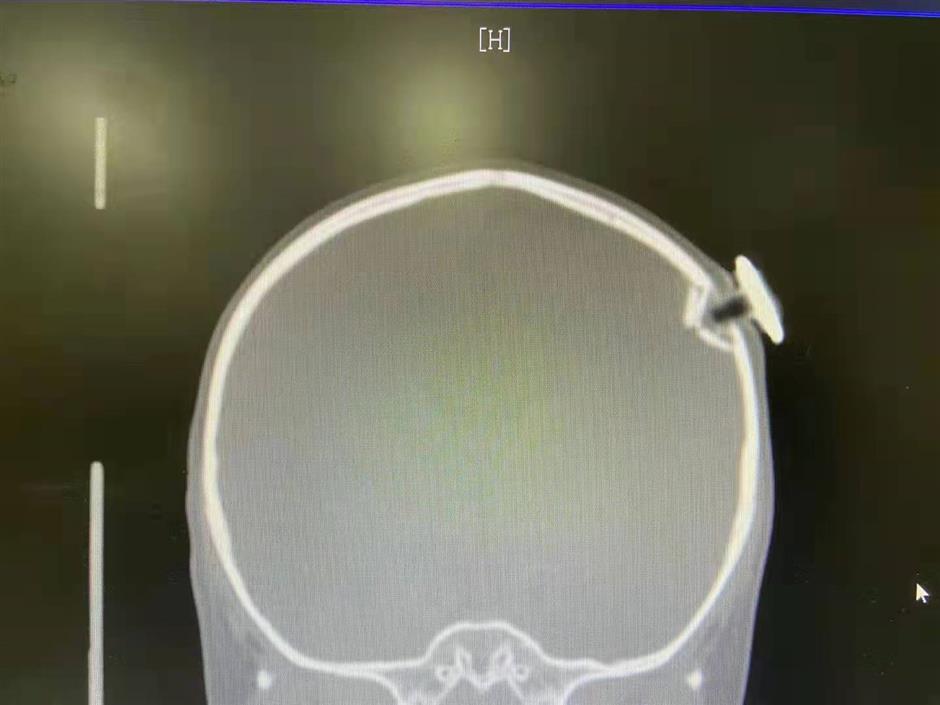 The nail enters the skull to a depth of 1.3 centimeters.