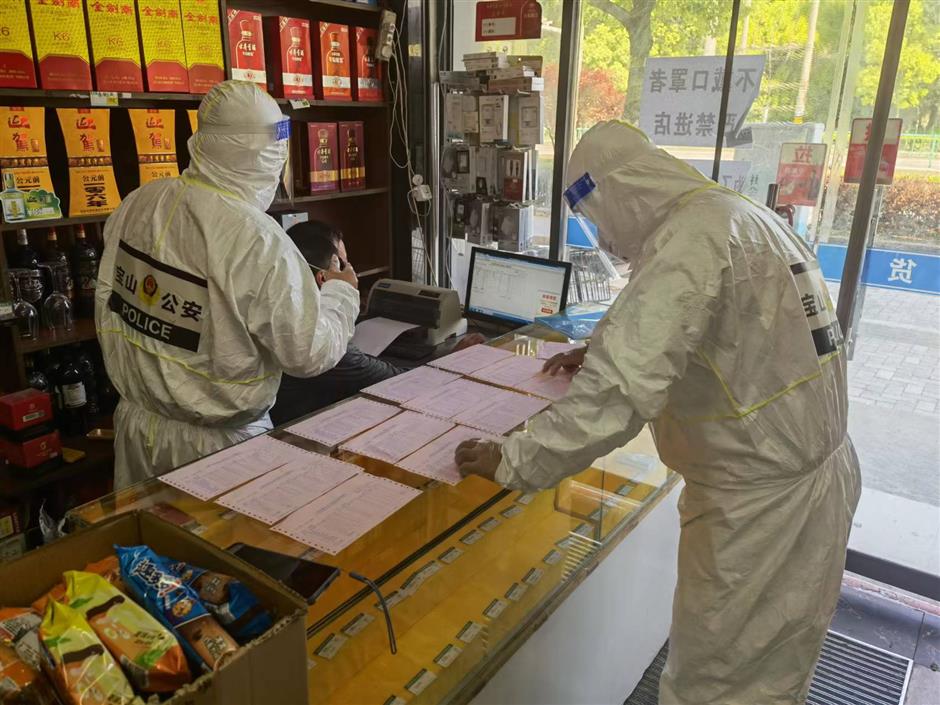 A grocery store manager in suburban Baoshan District has been taken into custody for price gouging, Shanghai police said on Monday.

Yang allegedly sold various kinds of daily necessities to companies and residents nearby at prices 50 to 300 percent higher than normal rates during the ongoing COVID-19 pandemic resurgence.

Yang's store offers over 40 kinds of products such as milk, biscuits, meat, cooking oil and rice. 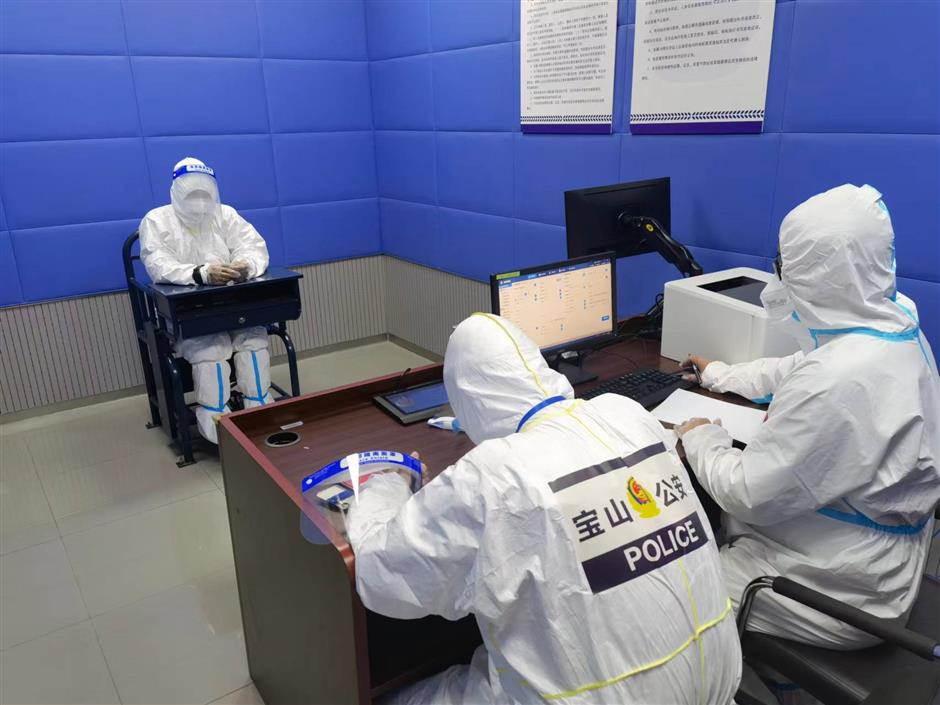 The suspect (left) being questioned by police.