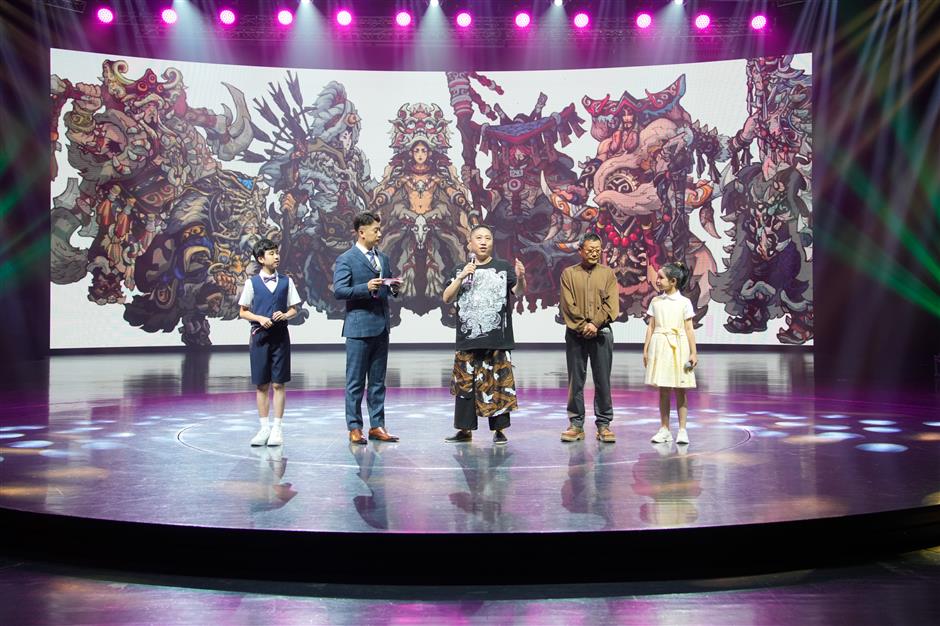 The production team of "King Gesar: Trials and Tribulations" share stories behind the creation of the film, at the Shanghai Children's Art Theater.

The China Welfare Institute on Sunday launched its newest initiative, named after the Galsang flower, the city flower of Lhasa, the capital of southwest China's Tibet Autonomous Region.

Under the "Galsang Flower Artistic Creation and Sharing Project," Shanghai and Tibet will carry out more cultural exchange events, such as artistic collaborations and fostering artistic programs, to benefit children from both areas.

Song Zhongbei, deputy secretary-general of the China Welfare Institute, said the institute launched the "Galsang Flower Project" in 2018 to assist Tibet in its development by pairing up schools under the institute with Tibetan schools to share educational resources and organize exchange events for students.

"We've made some achievements in the program, and the new project is another attempt to further promote outstanding traditional Chinese culture and cultural exchanges between students from Shanghai and Tibet," said Song. 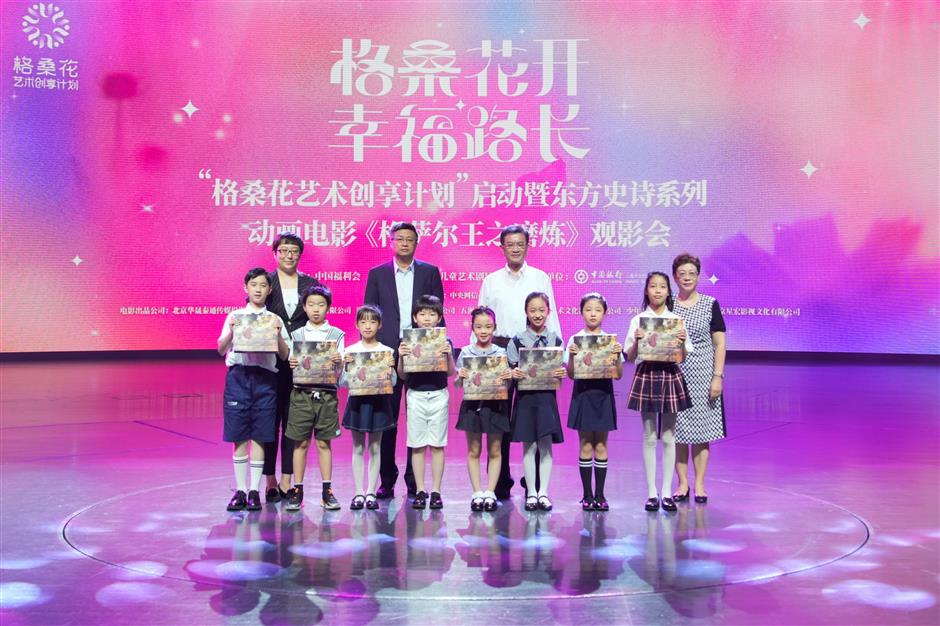 For the beginning of the project, a group of children were invited to watch "King Gesar: Trials and Tribulations," a film made for children about legendary Tibetan hero Gesar, over the weekend at the Shanghai Children's Art Theater, before it debuts in cinemas.

King Gesar is reputedly the world's longest epic, with around a million lines. The Tibetan epic, believed to date from the 12th century, describes the heroic deeds of the cultural hero Gesar, the fearless lord of the legendary kingdom of Ling.

It is inherited mainly through a unique speech-singing art and is deemed to be on par with the epic works of Homer in ancient Greece and the "Epic of Gilgamesh" from ancient Sumeria.

In 2009, it was included in UNESCO's Representative List of the Intangible Cultural Heritage of Humanity.

The movie is based on the epic and mainly focuses on King Gesar's growth into a hero in fighting against the evil forces.

"The sense of responsibility, courage, bravery, resolution and persistence of Gesar is always a beam of light that guides us forward," said Meng Fanyao, director of the movie.

The three books entitled "King Gesar: the Young Hero" depict the hero's life, including his birth, suffering and his fight against evil forces, where he led people in his tribe to live a peaceful and thriving life, according to the publisher.

The invited children were presented the books on Sunday before watching the movie. 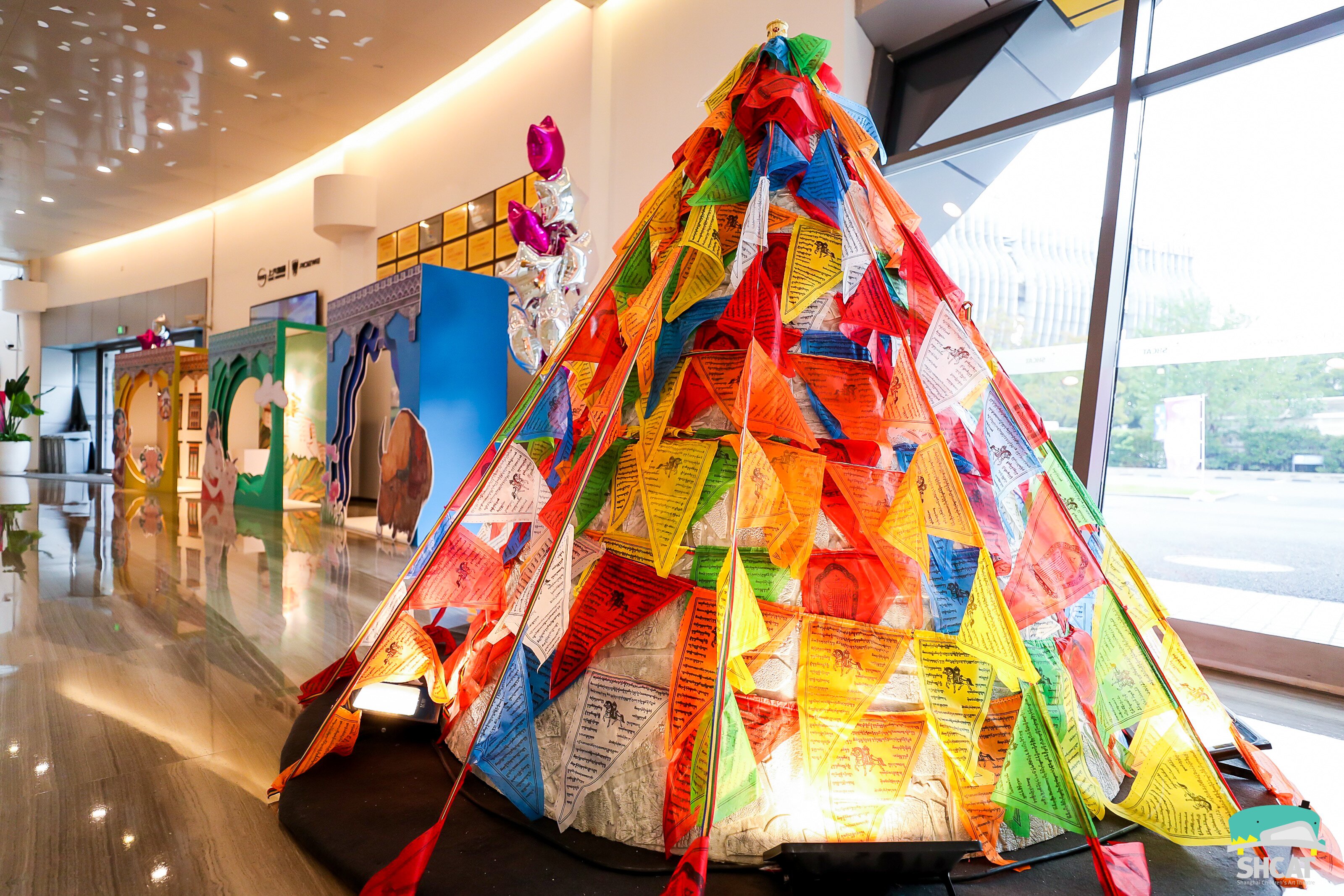