By introducing Israeli pharmaceutical company Insightec's MR-guided focused ultrasound (MRgFUS) system, the brain center said patients can enjoy a quick, safe, precise and non-invasive treatment and will be able to see the effects on site.

Medical experts said the treatment, which was approved by China's National Medical Products Administration in 2021, has a strong potential to be introduced to more fields like mental disease, degenerative disease and pain by relieving symptoms and discussed its future development during Monday's ceremony.

"With the rising number of elderly people in China, there will be rising demand and burden for diseases like Parkinson's. The introduction and promotion of innovative therapy is very meaningful to patients by offering low-risk and high-precision treatment," he said.

"The patient is awake and able to give response to doctors during the process. Usually, they can leave the hospital on the day after finishing the treatment," Sun said.

Officials from Shanghai Zhangjiang Science City said Shanghai International Medical Center is one of the first to join the zone and the new brain disease center can boost the high-tech park's ability regarding medical practice and scientific innovation. 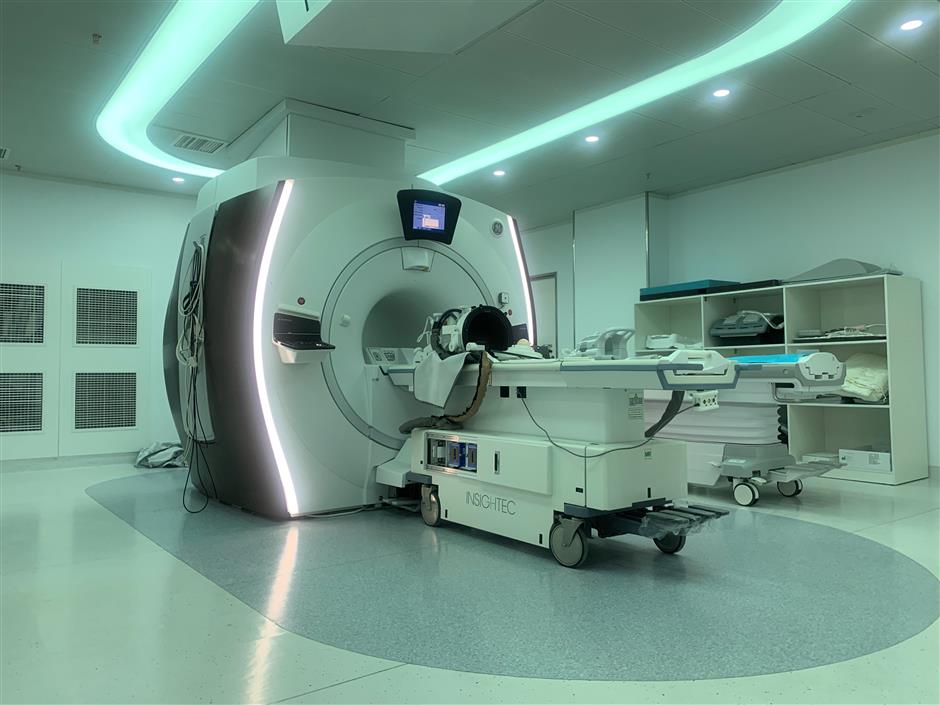