Smart medicine is the future of medicine. Information technology, artificial intelligence, and big data are becoming increasingly important in health care, which is evolving to be more human-centered and convenient. This series, which covers various aspects of the health field, is intended to demonstrate what high technology, smart systems, and inventions are capable of.

Surgery on lung cancer has a new and smart route to enter the body – using a person's own airway, which can reduce trauma and produce better results.

Local medical experts teamed with companies and scientists to develop the world's first low-temperature lung cancer ablation device. This uses a natural channel to reach cancerous cells which are then frozen and killed.

Patients who are old, have poor lung and heart function, or can't sustain surgery due to various physical conditions are the major group benefiting from the new technology.

The usual treatments for lung cancer are surgery, chemotherapy, radiation, medication and ablation.

Conventional ablation involves a needle being inserted in the chest wall to reach the cancerous part and carry out treatment. 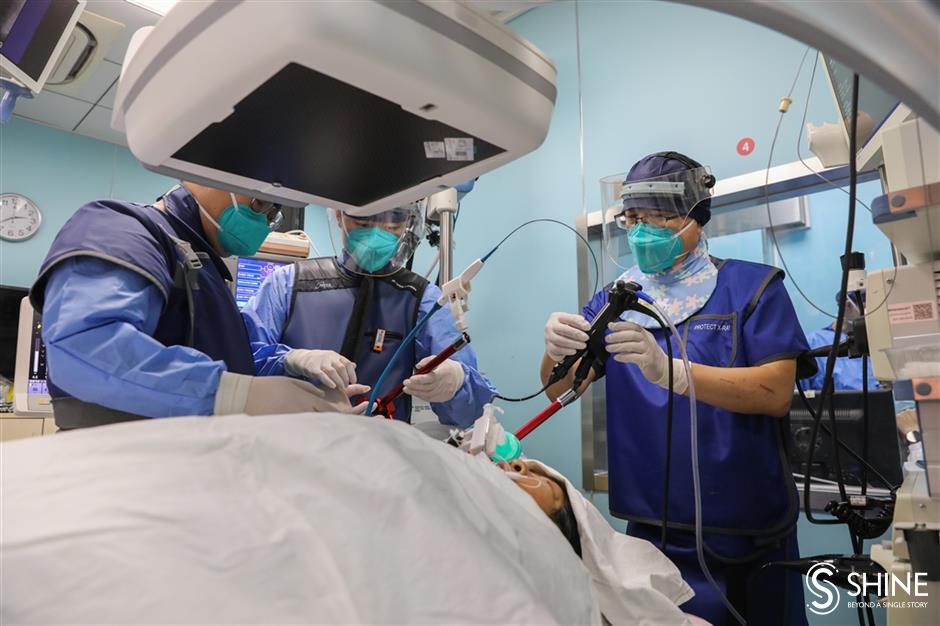 The device enters the body through the patient's mouth.

"Though it is a minimally invasive process, (ablation) has the risk of bleeding and damage to healthy tissue and blood vessels," said Dr Sun Jiayuan, director of Shanghai Chest Hospital's respiratory endoscopy center.

"The biggest risk is pneumothorax and bleeding. For elderly people, it is a very serious condition.

"So we were wondering about the possibility of using a human's own airway to fulfill the medical procedure. The whole process took seven years. We have launched three rounds of scientific research with over 1,000 experiments and animal tests." 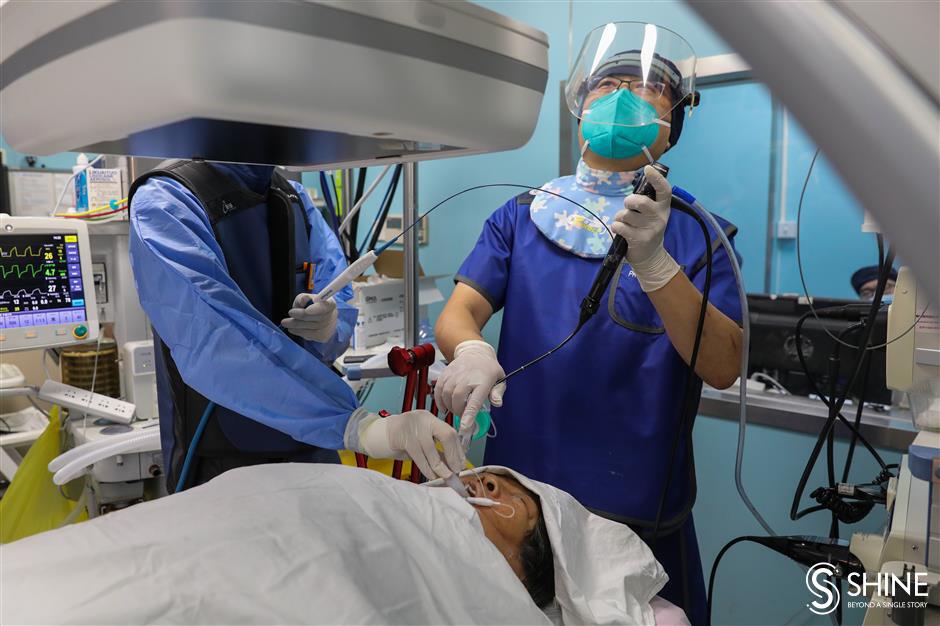 There are two types of ablation – one using high temperature and the other using deep low temperature.

"We chose low temperature, which imposes smaller trauma and almost causes no pain to patients," Sun said. "Moreover, it is safer to major organs and vessels compared with high temperature. Low temperature also can help stimulate patients' own immunity.

"Previously, the low-temperature technology is only used for biopsy. We extended its use from merely examination to treatment. To achieve it, we teamed up with local universities, research institutes and companies to invent the device by ourselves."

The new device consists of a 1.9-milliliter-in-diameter flexible cryoprobe with a long soft catheter and a short metal cryo-tip, which goes into the lung and the bronchus to reach the desired position. With nitrogen as the coolant, massive cryogenic energy of minus 150 degrees Celsius is generated at the cryo-tip to freeze and ablate the cancerous part.

"It is a new technology that develops from minimally invasive to non-invasive procedure," Sun said. "We have adopted it into clinical trials. All the recipients are elderly lung cancer patients."

A 82-year-old woman with two tumors received the first ablation by transthoracic method for one.

"She suffered a pneumothorax after the ablation and took some time to recover," Sun said. "The second ablation for another using the new technology was a great success for her. She didn't have any complications and side effects.

"We are very confident of the new technology, which is expected to benefit more elderly, multiple or late-stage lung cancer patients." 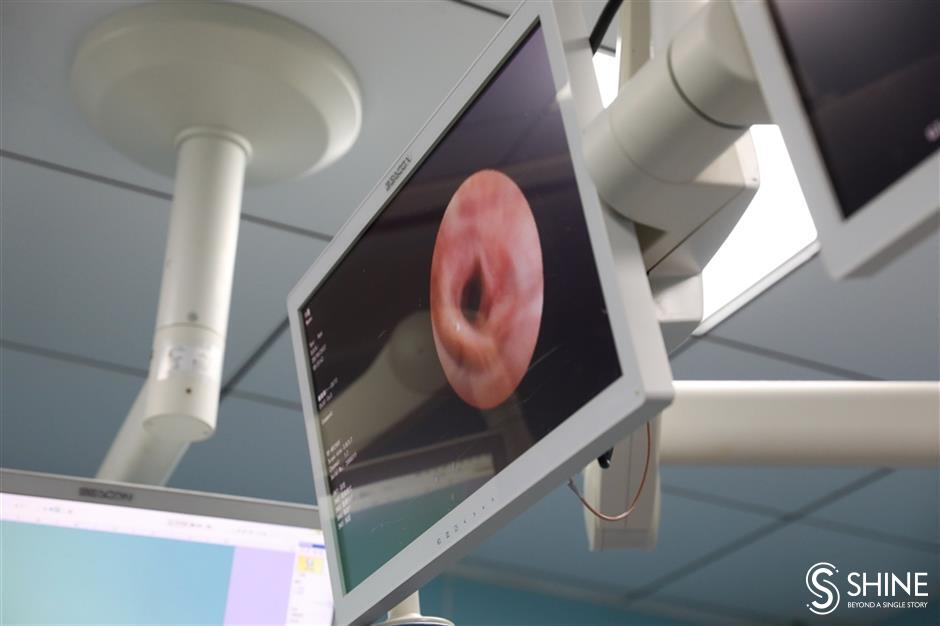 The device enters the body through the natural airway.