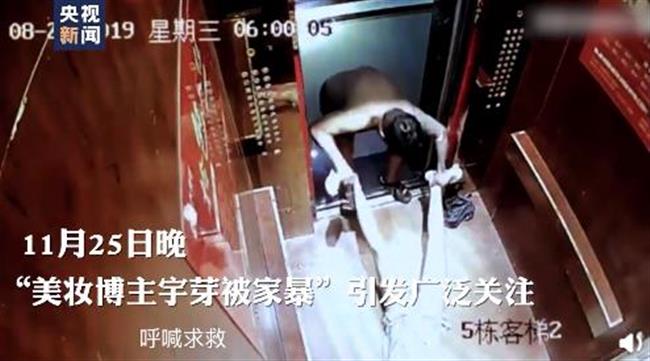 A man in southwest China’s Chongqing was given 20-day administration detention after a video of him brutally attacking his girlfriend went viral online, China Central Television reported on Thursday.

The 44-year-old, surnamed Chen, was found by authorities to have assaulted his then girlfriend, a 28-year-old woman surnamed He, several times from April to August 2019, police said. Chen also sent threats to other people via WeChat, police added.

This case of domestic violence captured huge attention after He uploaded a video on November 26 where she emotionally recounted the abuse she received at the hands of her ex-boyfriend, Chen.

In a surveillance video posted by He, Chen is seen grabbing her feet and dragging her out of an elevator.

He claimed that after she attempted to run away, Chen chocked her, banged her head against a wall and insulted her on August 21.