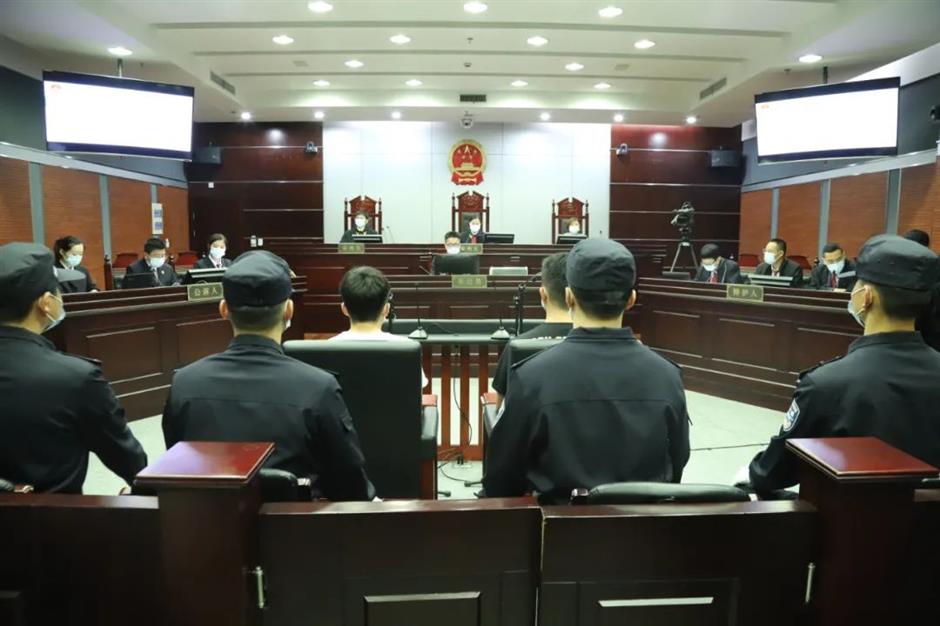 Two men who made up rumors of a woman having an affair with a deliveryman and widely spread them online were each sentenced to one year behind bars with a two-year reprieve by a Hangzhou court today.

Surnamed Lang and He, the two men were convicted of libel, Yuhang District People’s Court said, adding that they invented the story in order to seek attention, which seriously violated the rights of the victim surnamed Gu, affected her life and caused her financial losses.

Their indiscriminate selection of targets caused public panic and undermined social security and order. The rumors incurred a spate of obscene and vulgar comments, the court said.

The court gave leniency because the men showed regret, surrendered themselves and were willing to pay compensation.

“Slandering is not a joke, it is a crime,” said Gu in a video she posted on Weibo today after the court's ruling was announced. “The punishments don’t matter to me. What matters is that it finally came to a conclusion after 10 months ... I will try to get back to my normal life.”

Lang took videos and photos of Gu when she came to pick up her packages at a delivery station in Hangzhou on July 7, 2020. Then Lang and He pretended to be Gu and a fictional deliveryman who were having an affair, fabricating their conversations.

From July 7 to 16, Lang sent dozens of photos and videos to WeChat groups, which were subsequently forwarded to more than 100 groups with over 20,000 members.

The stories went viral online with one of the topics viewed 470 million times.