The woman who stood on top of a Tesla car at an auto show claiming a brake failure in her Tesla led to an accident has filed a lawsuit against Tesla China and an executive of the company for defamation, demanding an apology and 50,000 yuan (US$7,740) in compensation.

The woman surnamed Zhang and her husband filed the lawsuit on Thursday with the Beiguan District People’s Court in Anyang, Henan Province, The Beijing News reported.

Wearing a customized T-shirt with the words "brake failure" and Tesla’s logo, Zhang climbed on top of a Tesla at the 2021 Shanghai International Automobile Industry Exhibition on April 19 to draw attention to her accusation, triggering heated discussions on China’s social media.

Zhang blamed a brake failure in her Tesla Model 3 for a pile-up accident involving two other cars traveling in the same direction on 341 National Highway on February 21.

Zhang claimed in the litigation statement that Tao Lin, Tesla China’s vice president of external affairs, said in media interviews on April 19 that Zhang was very "professional" and someone behind the scenes might have helped her organize the incident.

Tesla (Shanghai) wrote on its Weibo account on April 28 that Zhang’s husband claimed a team from Beijing was assisting them.

Tesla’s Beijing and Shanghai branches and Tao publicly published or said untrue statements in an effort to create a negative image of her being a professional who raised unreasonable requests and demanded a high amount of compensation, Zhang claimed.

These false comments were widely spread online, drawing a large amount of abuse and causing acute mental stress for her family, Zhang added.

Tesla said it will respond to the lawsuit and at the same time push for the independent assessment of the car, which Zhang has still refused.

Zhang was given five days of administrative detention by Shanghai police for disturbing public order following the auto show incident. 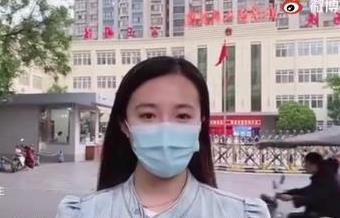 The car owner states her demands on Thursday in front of Beiguan District People's Court in Anyang, Henan Province.