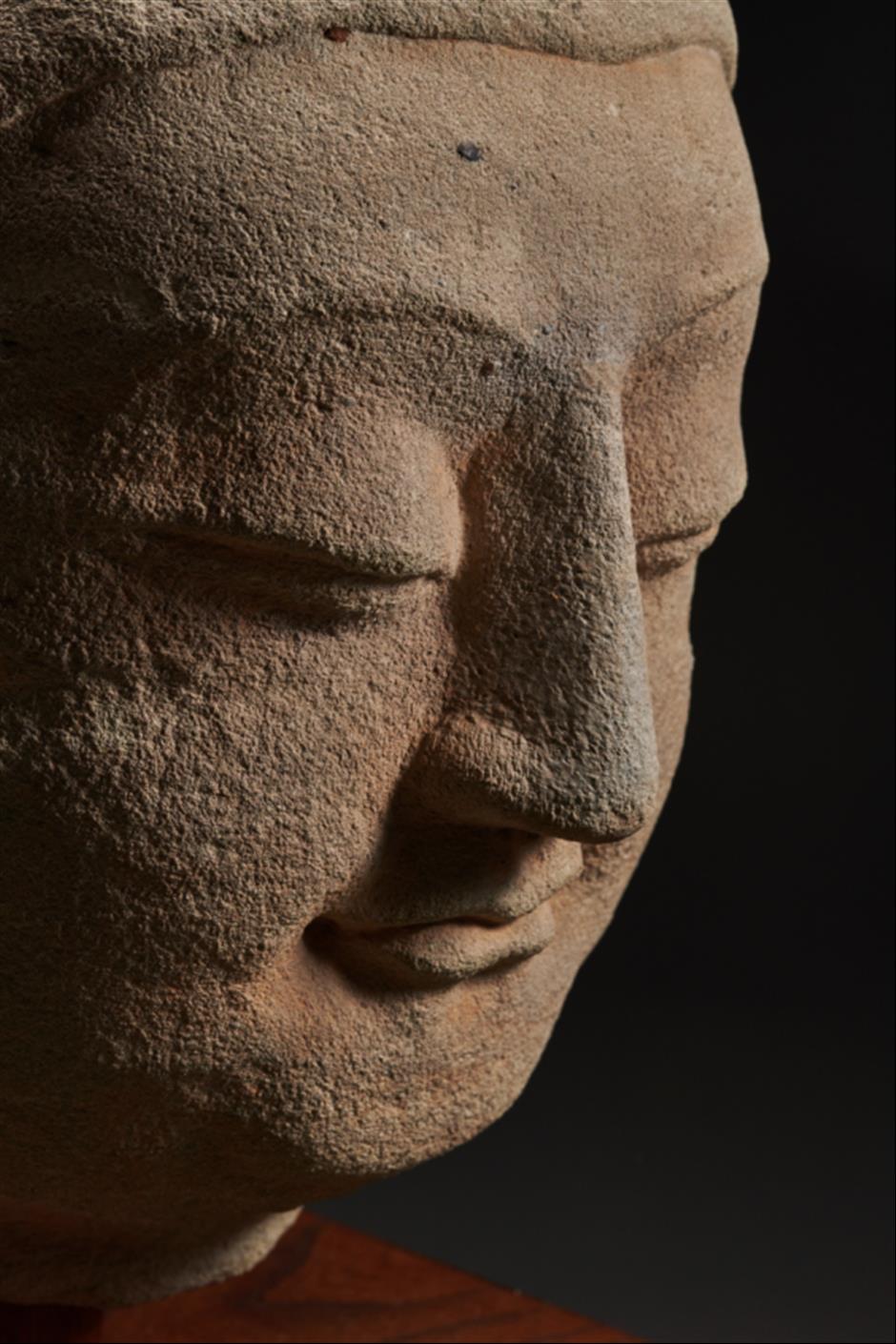 A long-lost Buddha statue of Tianlong Mountain Grottoes made its public debut in north China's Shanxi Province Saturday after being returned from Japan.

With a history of over 1,400 years and originally stored in the eighth cave of the grottoes, the statue arrived in Beijing from Japan on December 12, 2020.

The statue will be permanently exhibited in the Tianlong Mountain Grottoes Museum in Shanxi's capital Taiyuan.

Nestled on a mountain on the outskirts of Taiyuan, the grottoes currently comprise 25 caves and more than 500 statues, representing the fine arts from the Southern and Northern Dynasties (420-589) to Tang Dynasty (618-907).

In the 1920s, the grottoes were plundered and more than 240 sculptures stolen, with over 150 of them known to be scattered across the world, either in museums or as part of private collections, said the museum.

Between 2021 and 2025, China will try every means to ensure more lost cultural relics are recovered and returned, Deputy Minister of Culture and Tourism Li Qun said at the exhibition.