Of the new local cases, eight were reported in Heilongjiang and two in Fujian.

Also reported were 28 new imported cases, with nine in Guangdong, seven in Yunnan, six in Shanghai, and one each in Beijing, Tianjin, Liaoning, Fujian, Hubei and Guangxi, the commission said.

Two new suspected cases arriving from outside the mainland were reported in Shanghai on Friday, it said, adding that no new deaths related to COVID-19 were reported. 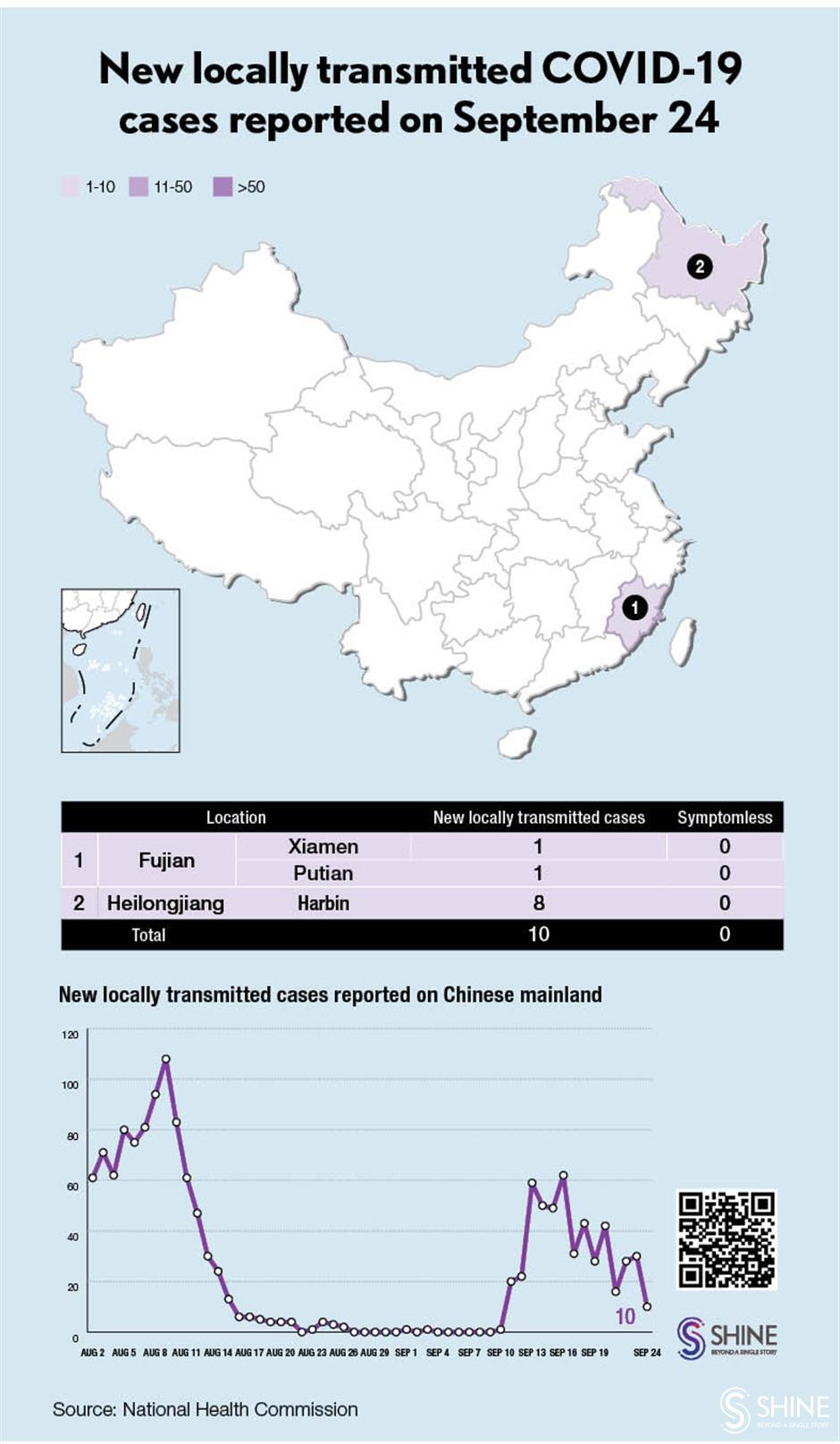