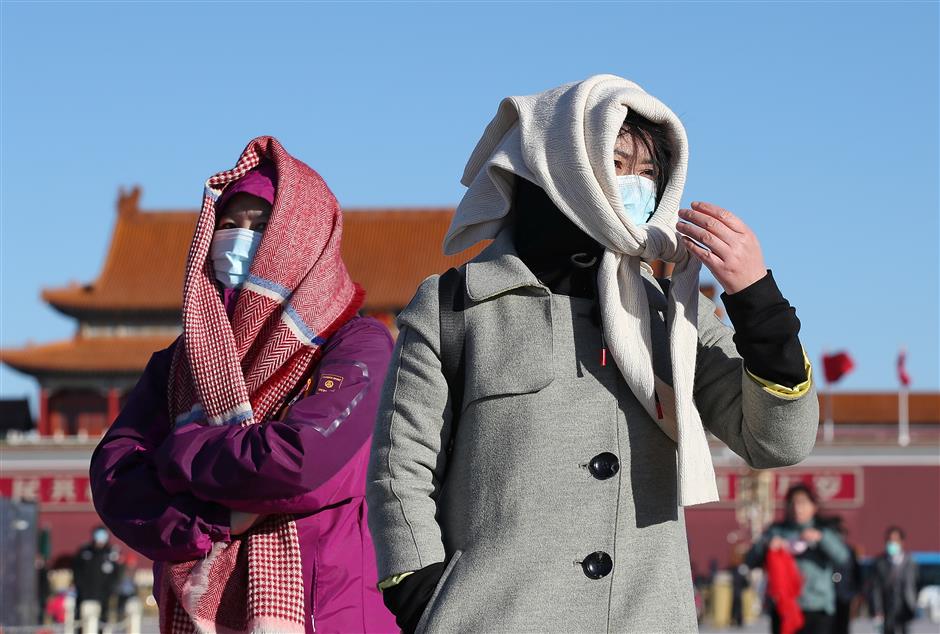 Tourists are bundled up for cold weather at Tian'anmen Square in Beijing on October 16, 2021.

China's meteorological authority on Saturday renewed a blue alert for a cold wave, forecasting low temperatures and gales in vast regions of the country.

From 8am on Saturday to 8am on Monday, temperatures are expected to drop by 6 to 10 degrees Celsius in parts of the northern, northeastern, central, eastern, southern and southwestern regions, according to the National Meteorological Center.

Some areas in the provinces of Shandong, Henan, Anhui, Jiangsu and Zhejiang will see a temperature decline of above 14 degrees Celsius, according to the center.

It also forecasts strong and gusty winds in most of the central and eastern regions in the upcoming days.

The center advised the public to take precautions against the cold weather and strong winds and suggested traffic and police authorities prepare for icy road conditions.

China has a four-tier, color-coded weather warning system, with red representing the most severe weather, followed by orange, yellow and blue.