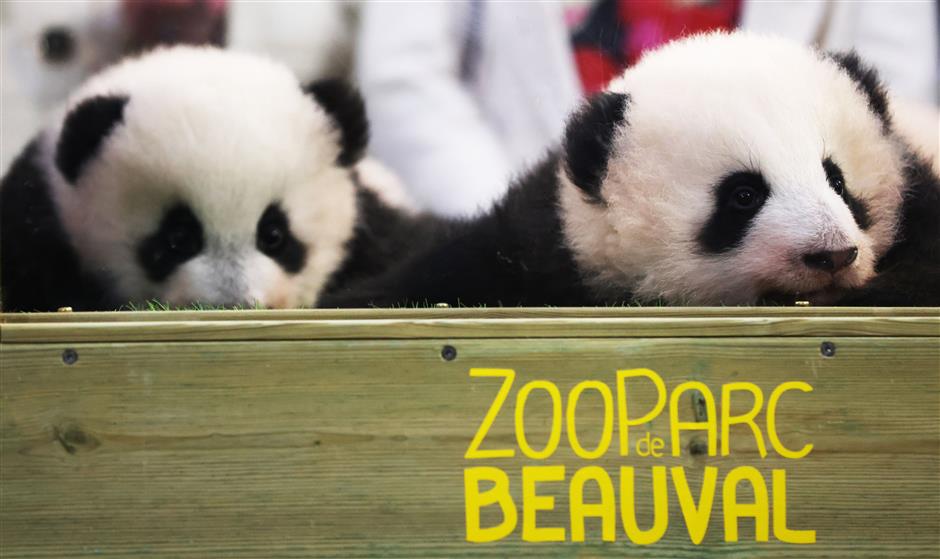 Panda cubs Huan Lili and Yuan Dudu appear at the naming ceremony in Beauval Zoo in France on November 17, 2021.

More than 120,000 French netizens have cast their vote to choose Huan Lili and Yuan Dudu from five pairs of names for the twin cubs, zoo officials said, adding that the two names represent the friendship between France and China as well as the wish for good health to the cubs.

The twin cubs were born to mother Huan Huan and father Yuan Zai in August. The parents arrived in France in 2012.

"In about two months, another panda, one of the Beijing 2022 Olympic Winter Games mascots, Bing Dwen Dwen, will draw the world's attention in my hometown Beijing. I also look forward to meeting athletes from around the world in Paris in 2024," Zhang told journalists.

Mbappe said that it was a memorable moment to participate in such an event with an Olympic champion. He felt proud and honored.

Yu Jinsong, Charge d'affaires of the Chinese Embassy to France, said that Huan Huan and Yuan Zai have been expanding their family since arrival, thanks to the joint efforts of Beauval Zoo and China's Chengdu Research Base of Giant Panda Breeding. They are symbols of Sino-French friendship.

In 2017, Huan Huan gave birth to twin cubs, the first panda babies born in France. The first cub died shortly after its birth and the second one was named Yuan Meng. 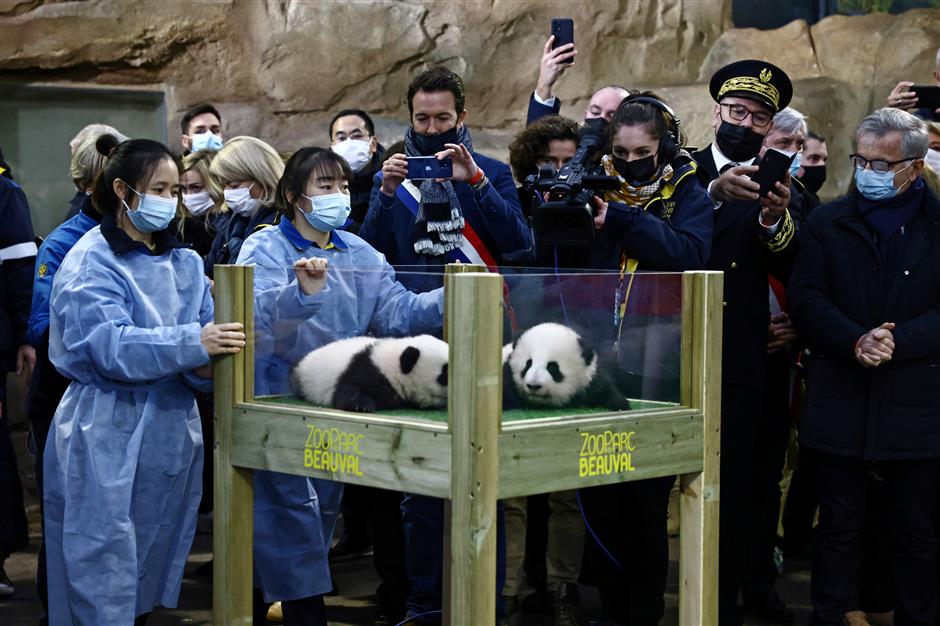 Animal keepers are surrounded by officials as they arrive with newborn twin baby pandas for a naming ceremony at the Beauval Zoo in central France on November 18, 2021. 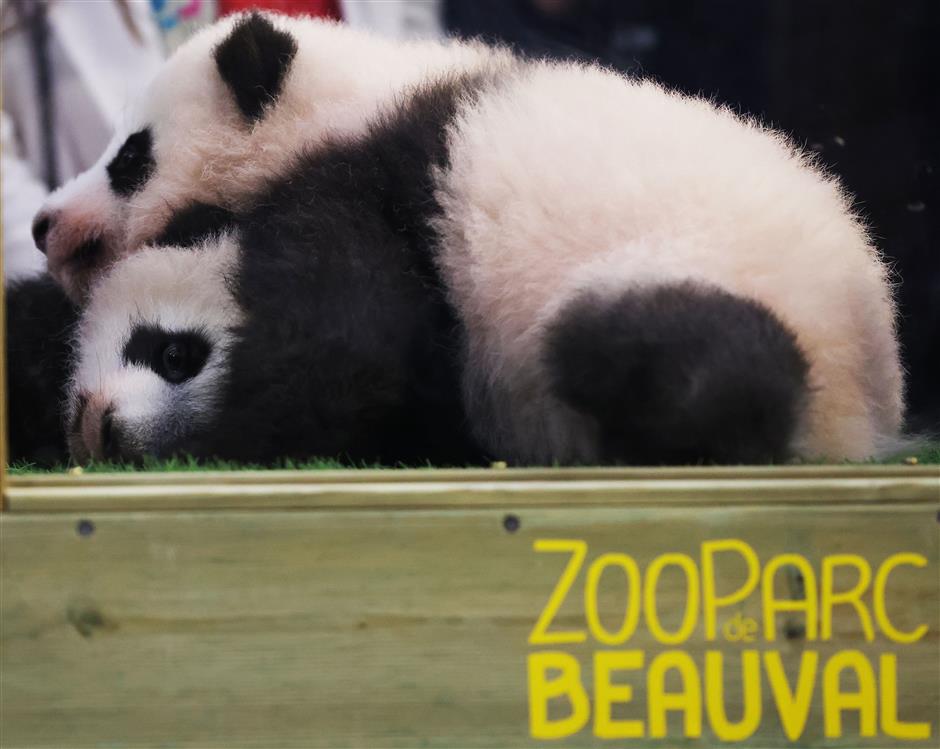 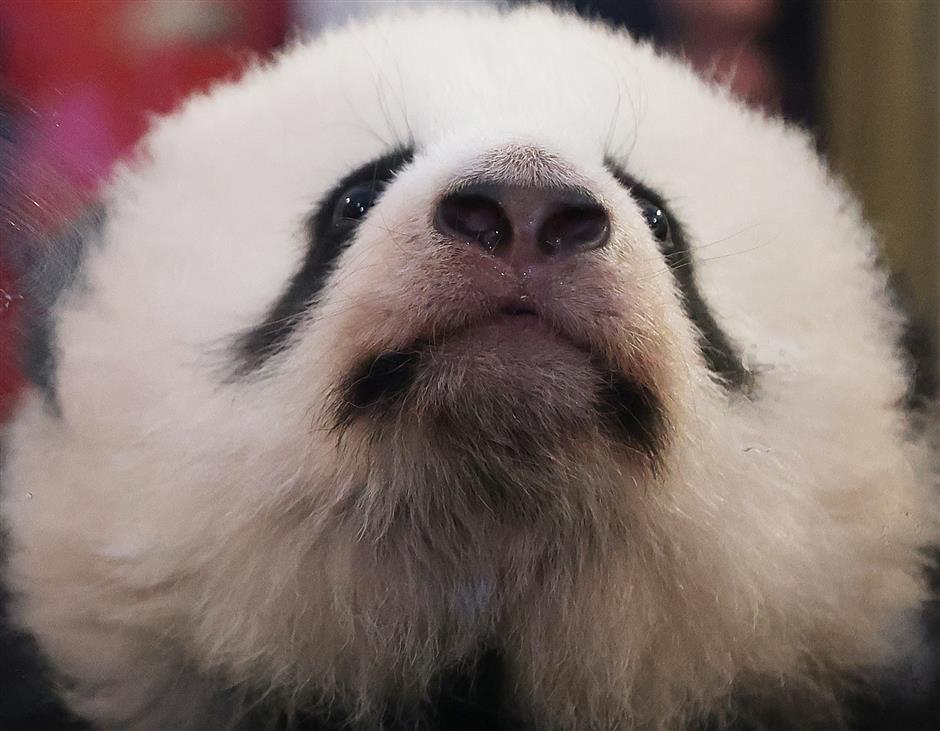