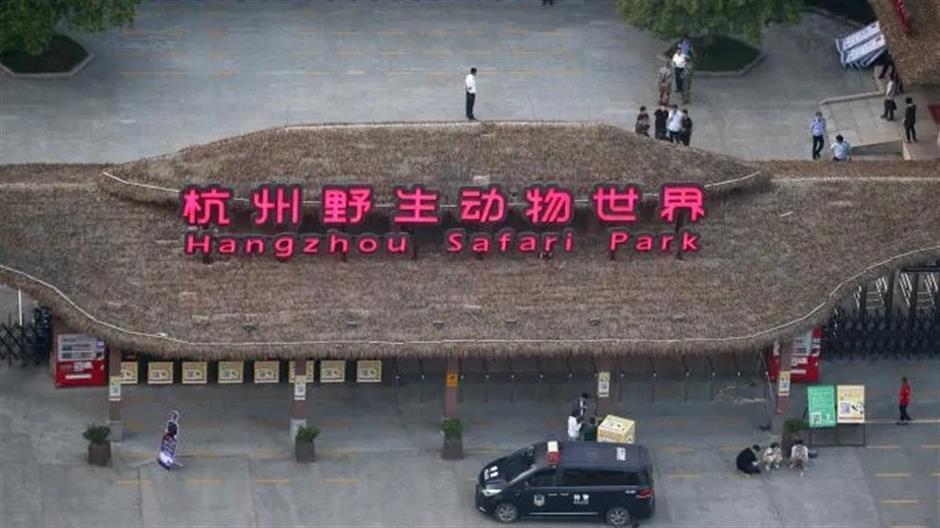 Hangzhou Safari Park from where the three leopards escaped

Six people were sentenced to jail for up to two years with probation in connection with the escape of three leopards from a safari park in Hangzhou, the People's Court of Fuyang District said on Friday.

Three breeders at Hangzhou Safari Park – Ding Zengquan, Han Xiang and Wang Guoquan – were found by the court to have violated operating regulations from April 18 to 19, resulting in three leopards fleeing through an unlocked passage and climbing over the fence of the breeding ground.

To avoid economic and reputation losses, park officials Zhang Dequan, Ma Jinghua and Zhang Yanfeng decided to cover the incident and search for the beasts on their own. They captured one of the leopards on April 21.

They only came clean when public security, forestry and other relevant departments conducted investigations after receiving reports from villagers on May 7. The second leopard was captured on May 8 but the third is still at large, the court added.

As they all voluntarily confessed their guilt, they were given a suspended sentence of 14 to 24 months' imprisonment, the court explained.