Yang Binglin, an 86-year-old gamer from southwest China's Sichuan Province, runs a Bilibili.com channel to share his tips and thoughts on video games.

He plays games mostly on his PlayStation 5, a gaming console produced by Sony. So far, Yang has played through nearly 500 console games, truly a staggering number.

On November 10, Yang uploaded a video in which he received a special gift: a PS5 console with the signatures of Tatsuo Eguchi and Soeda Takehito, president and vice chairman of Sony Interactive Entertainment (Shanghai) Inc. 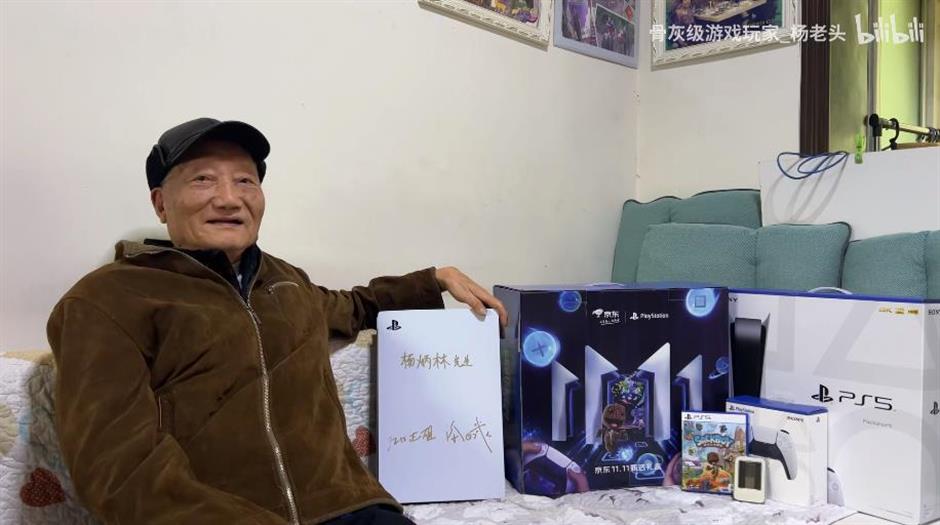 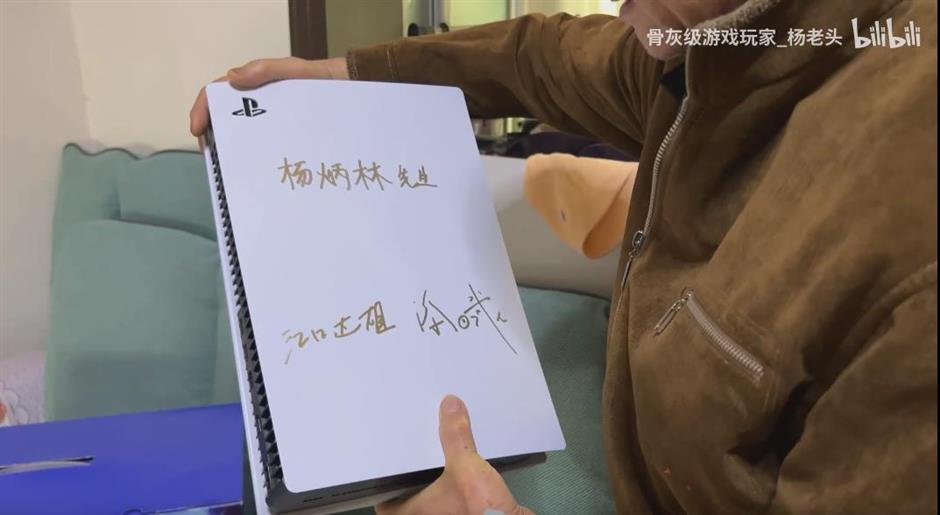 Beaming with joy, Yang connected the console to his TV immediately and played "Sackboy: A Big Adventure" with his grandson.

This is not actually the first time Yang got a gift from Sony, who also gave Yang a 65-inch TV in September. 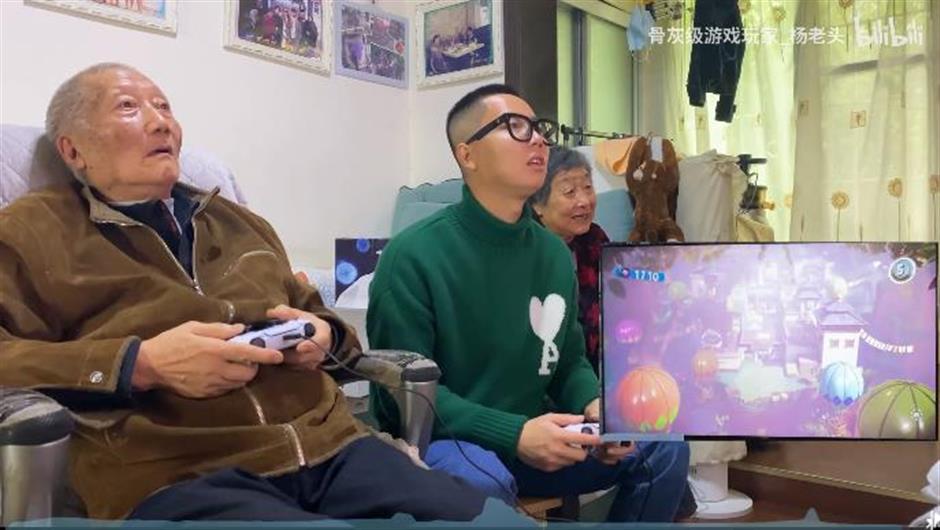 Yang's Bilibili channel now has 234,000 followers who just watch him playing video games. Many of them are students whose time spent on games is often limited.

One follower left a comment saying that this is the life he wants when he retires. The comment got almost 10,000 likes.

"He will never get Alzheimer's disease!" another commented. 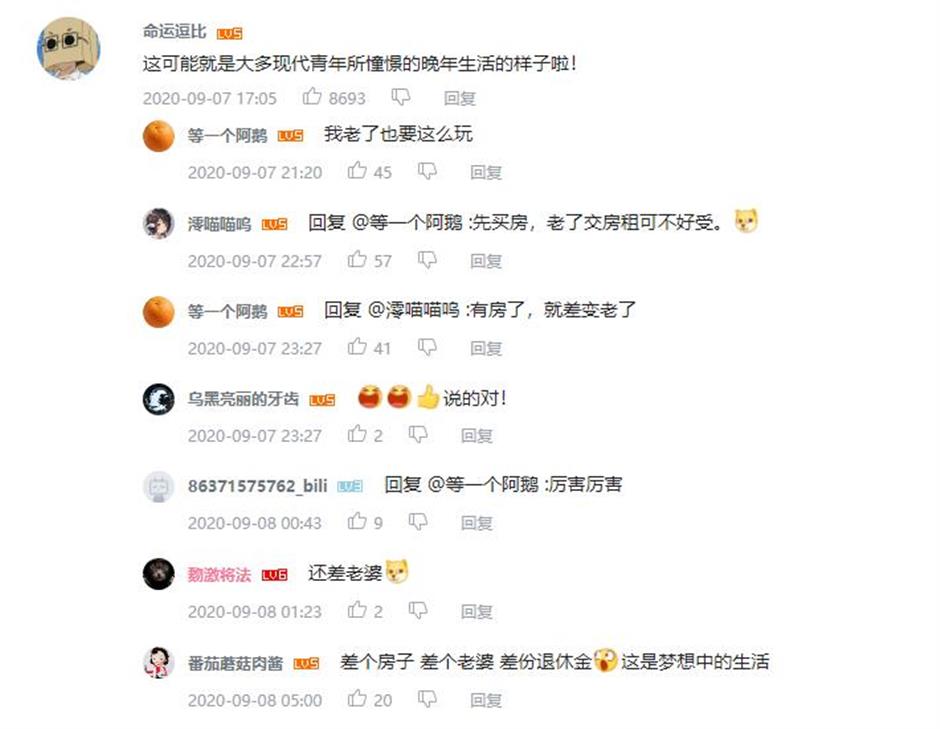 One follower says this is the life he wants after retirement. Many others wish for the same.

Yang said he started to play console games in 1998 and enjoys shooting and adventure games the most. It barely costs him anything, he says. "If I 'die' in a game, I'll just try again."

Yang usually gets up at 6am and does some exercise first, such as playing ping pong. His game-playing time is from 3pm to 6pm. He also takes notes on how to solve difficult puzzles and where to find key items. 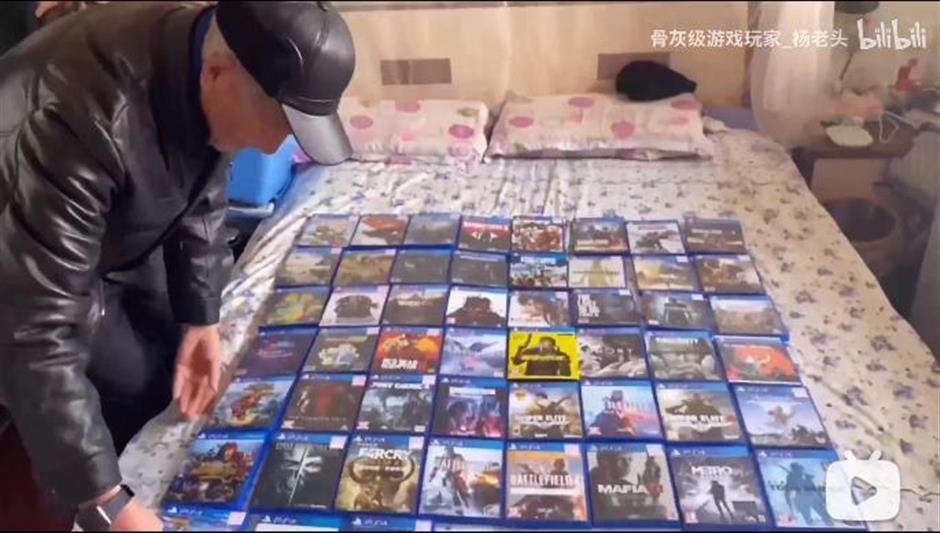 Some of Yang's game collection. 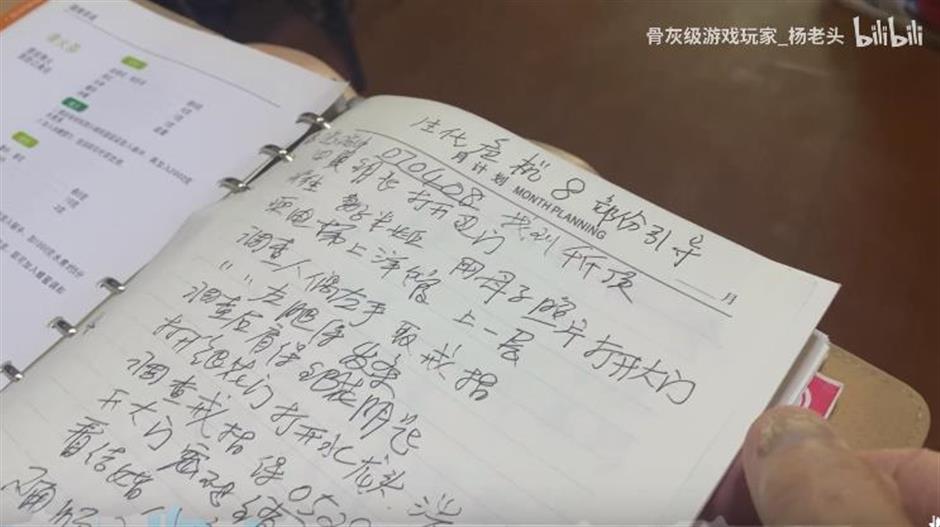 Notes Yang took on how to solve one of the puzzles for "Resident Evil Village."

"I retired in 1996, and back then I felt a sense of loss for having nothing to do. A lot of young people enjoyed playing video games, I was also intrigued," Yang said in an early interview.

His wife, Wu Jianming, 76 years old, sometimes sit next to him and watch him play. She now recognizes a lot of game characters such as Lara from the "Tomb Raider" series.

Wu also complains that sometimes her game-loving husband would just immerse himself in the game world and forget to eat. 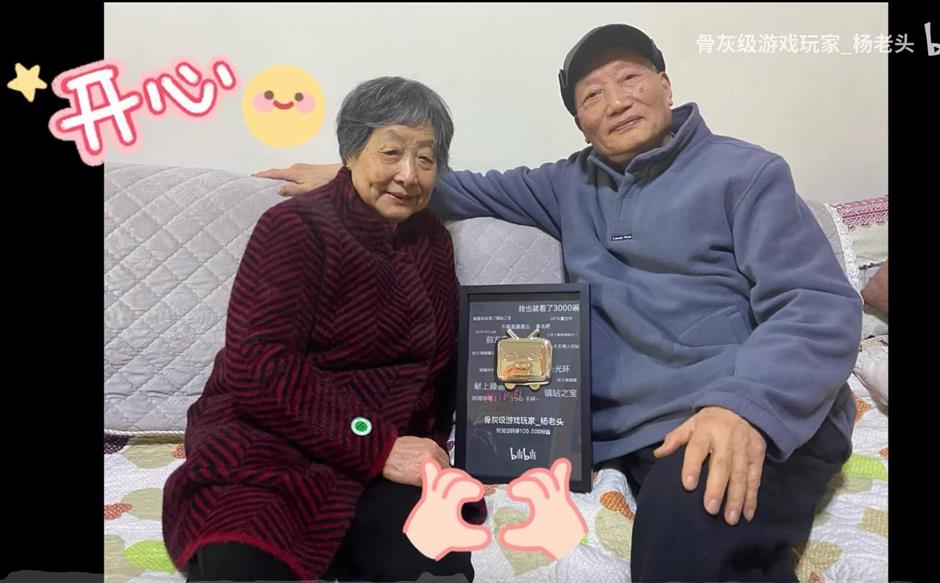 Yang and his wife take a photo with a creator reward from Bilibili.com for reaching 100,000 followers in March.

Yang saves every disc of the games he has played through and has marks the date on each disc when he finishes them. He frequents a game store close to his home. The store owner even asks for tips on how to solve some game challenges.

Sometimes Yang's grandson Yang Yiwan visits him and they play games together. Yang Yiwan recalls that 20 years ago his grandpa brought him into the gaming world, and the first game they played together was an adventure game called "Crash Bandicoot" on PlayStation 1. 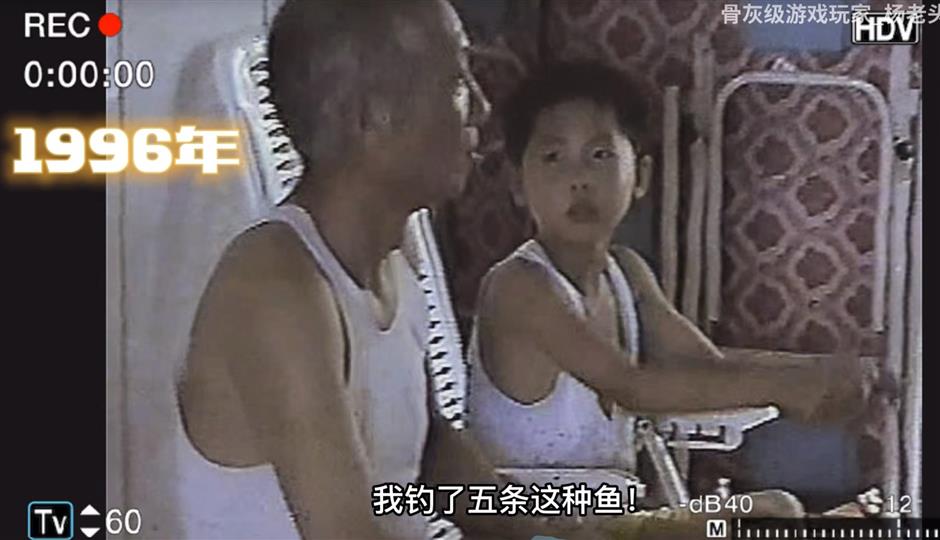 In a screen shot of family video taken in 1996, Yang plays "Crash Bandicoot" with his grandson.

"He's an old boy. My grandpa's love for games is really contagious, and so is his persistence and love for adventure," Yang Yiwan said in an interview.

"Games have made me smarter and more brave. There is also a lot of wisdom in games but it depends on the gamer on how much you can get," said the old man. 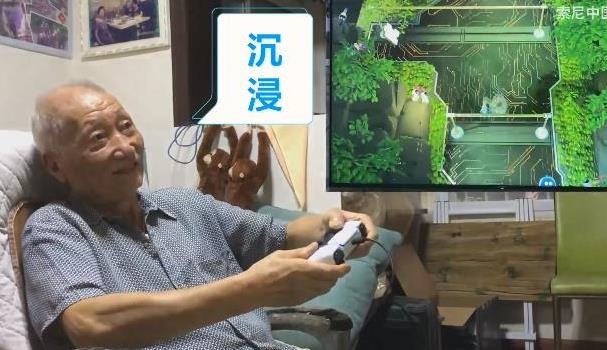