What's trending in 2021 China? Check out this story list

The year 2021 is coming to an end, another year spent in the grip of COVID-19. What does this year mean to you?

Here is our shortlist, by month, of the most important and most widely debated, news stories that went viral in China in 2021.

China's first Civil Code, the only law named "code" since the founding of New China, went into effect on January 1, officially ushering China into the era of codification.

The year began with a bang, when entrepreneur Zhang Heng accused his ex-girlfriend, actress Zheng Shuang, of abandoning two infants she had with him through surrogacy in the United States.

As surrogacy is illegal in China and many people are morally opposed to the practice, the accusations resulted in public condemnation of Zheng and discussions about loophole abuse by Chinese celebrities.

Brands quickly ended their collaboration with Zheng and the National Radio and Television Administration issued its strongest-ever injunction against an entertainment celebrity, ordering her to be barred from public appearances and future work in the industry.

Zheng was also charged with tax evasion in April, and was fined 299 million yuan (US$46.93 million) in August. These condemnations set the tone for a year marked by increased media coverage of celebrity misbehavior and heavy intervention by Chinese authorities in the entertainment industry. 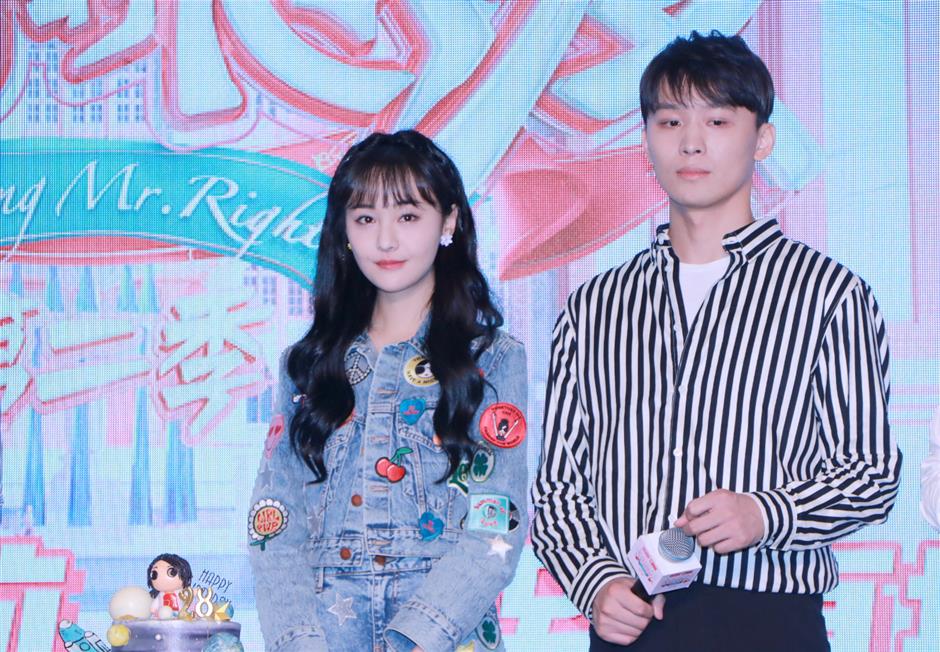 H&M, one of the world's biggest fast fashion brands, came under fire over comments it had made about Xinjiang Uygur Autonomous Region in northwest China.

The company said in a statement last year that it wouldn't work with any Xinjiang garment factories, nor would it source products from the region, because it was concerned about reports of accusations of what it called "forced labor" in the local cotton trade.

The statement ignited more anger after some Chinese social media accounts reposted it in March. Almost overnight, H&M products were removed from all major Chinese e-commerce platforms, including Taobao and JD.com.

Chinese netizens also noted that other international companies, including Nike, adidas and Uniqlo, had all issued similar statements about Xinjiang, triggering calls for boycotts of those brands as well. 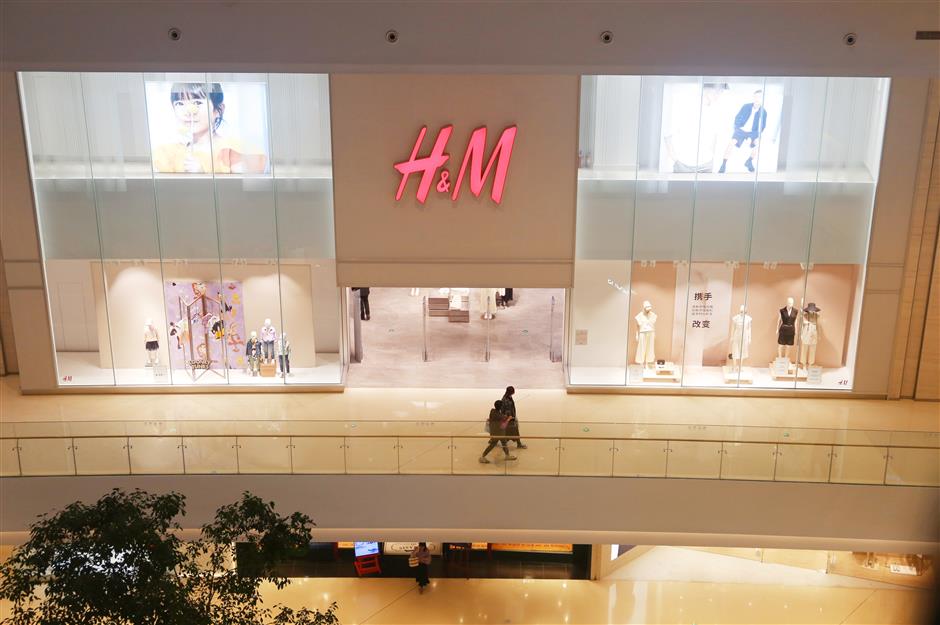 An empty H&M store is seen in Shanghai. The fashion brand was under fire over comments it made about Xinjiang.

Videos of a migrating herd of 15 wild Asian elephants, which left their habitat in Xishuangbanna in southwestern Yunnan Province and headed north, went viral as both Chinese and international media avidly followed their journey.

To avoid disrupting the herd during its trek, locals observed traditional festivals without celebration and businesses along the route stopped production and turned off lights when the elephants passed by. There were also several heartwarming scenes of "human-elephant harmony."

By mid-June, the elephants started returning home and in August their journey was complete. 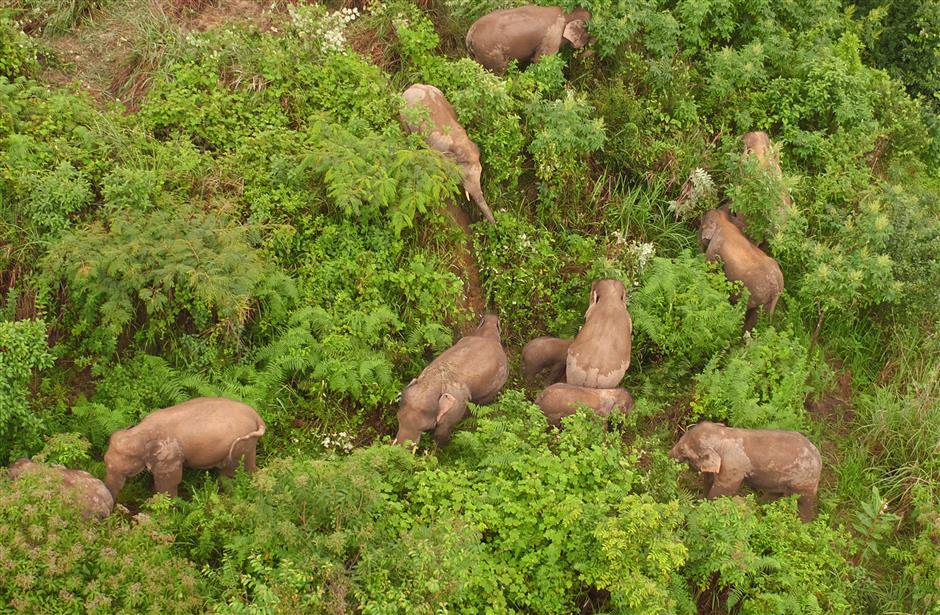 The migrating herd of 15 wild Asian elephants during their journey

Agricultural scientist Yuan Longping was mourned across the nation when he died on May 22 at the age of 91. Yuan was known for developing high-yield hybrid rice strains, first cultivated in the 1970s.

The strains are credited with feeding 80 million additional people in China each year and fending off famine in dozens of other developing countries. 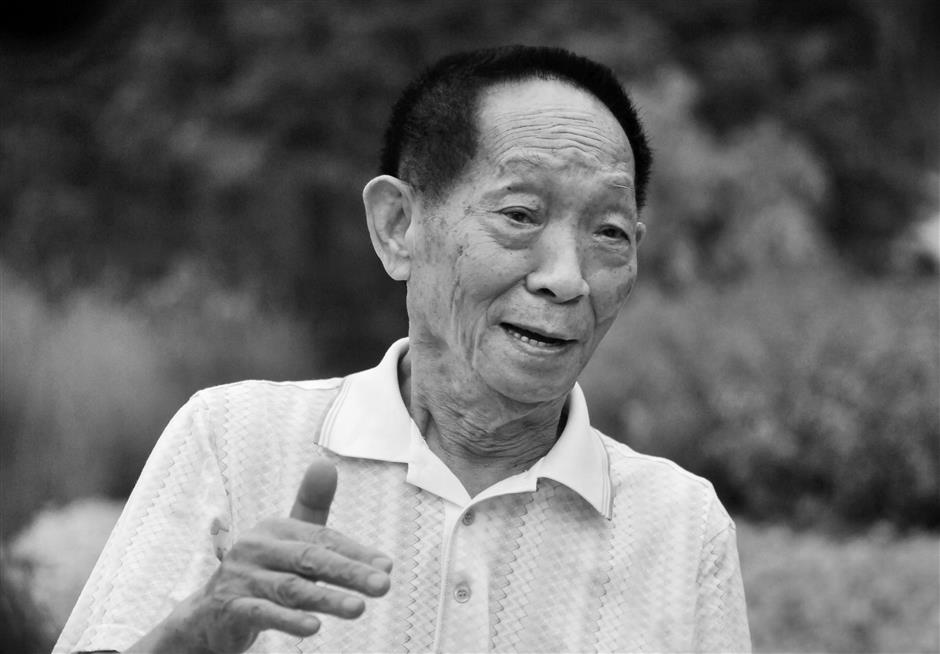 100th anniversary of the Communist Party of China marked

The 100th anniversary of the Communist Party of China was celebrated on July 1. With numerous celebration events held across the country, Shanghai's streets were especially festive as the city is the cradle of the Party and its birthplace.

Shanghai University sociologist Deng Weizhi said he still saw the CPC as a "young" party because it has been dynamic, upholding its original aspiration to do everything for the country and for the people.

"It's like a venture team, which started from 13 young members, with an average age of 28, and gradually spread nationwide to where it now has tens of millions of members," Deng claimed. 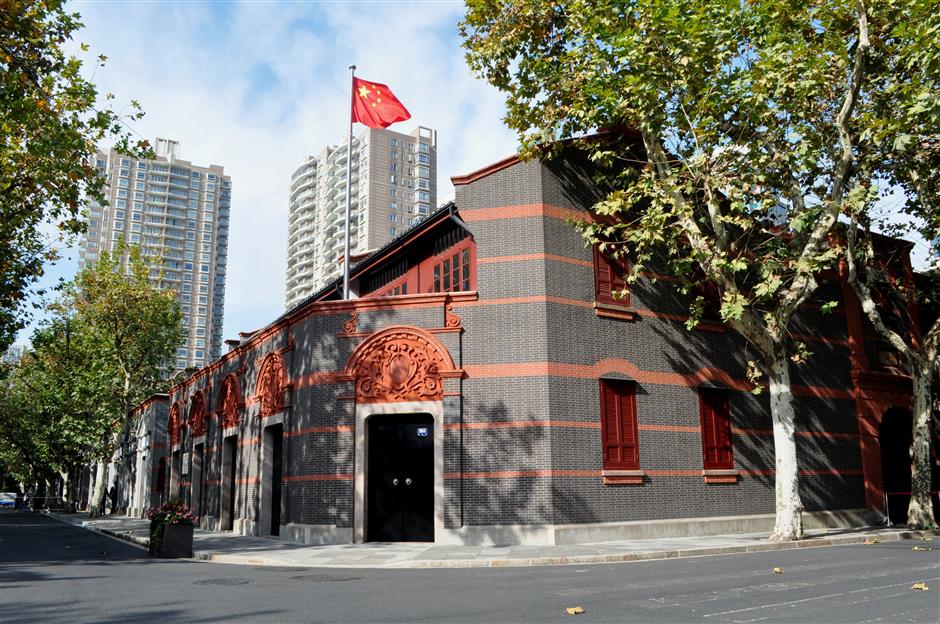 With provincial capital Zhengzhou being the hardest hit, torrential rain lasted for many days and claimed the lives of 302 people. Hundreds of thousands of local residents were relocated.

A shocking video displayed on social media captured a terrifying aspect of the natural disaster.

Shot by a passenger stuck with others in a stranded subway car on Zhengzhou's Metro line 15, it depicted their desperation as the water level kept rising.

Twelve people ultimately died in the city's flooded Metro, although many more were rescued. 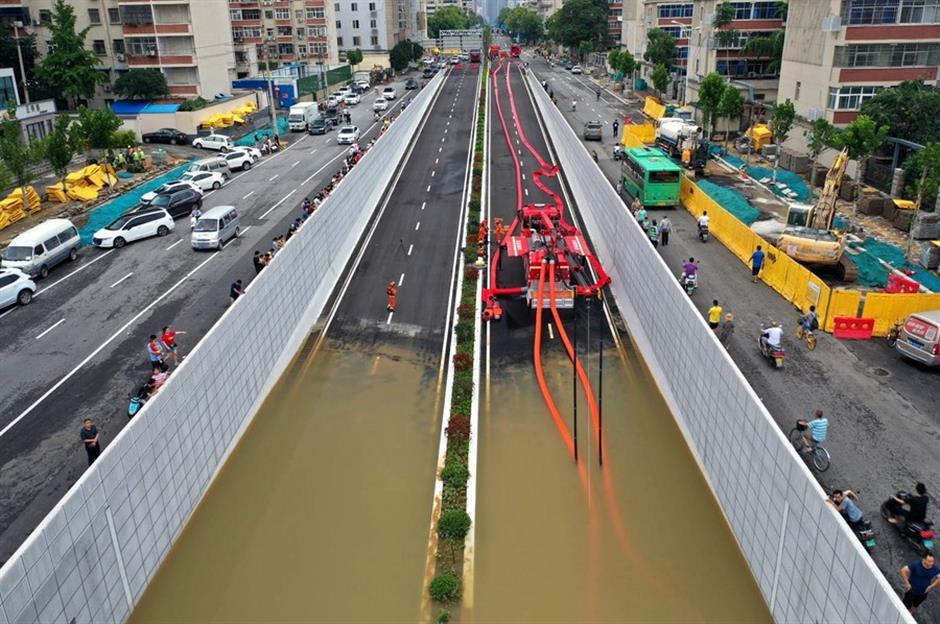 Firefighters pump rainwater from a tunnel in Zhengzhou, capital of central China's Henan Province, on July 21.

China's education authority in July rolled out a guideline to alleviate the burden on elementary and middle school students by banning after-school training, closing uncertified operations, and cracking down on false advertising, profiteering, and improper links with schools.

To further ease the burden on parents from having to take care of their children in the summer break, which started in mid-July, daycare services were opened in schools for students.

The guideline stipulated that local government should stop approving the establishment of new off-campus, curriculum subject-tutoring for students in compulsory education, and that existing institutions should register as non-profit institutions.

Some teachers from the tutoring industry felt the pinch: Around 84 percent of registered off-campus tutoring institutions closed within a few months after the guideline, according to China's Ministry of Education on December 21.

Chinese-Canadian pop star Kris Wu was arrested on rape charges on August 16. He had been detained by Beijing police on July 31 after investigations in response to online tip-offs alleging Wu repeatedly lured young women for sex. 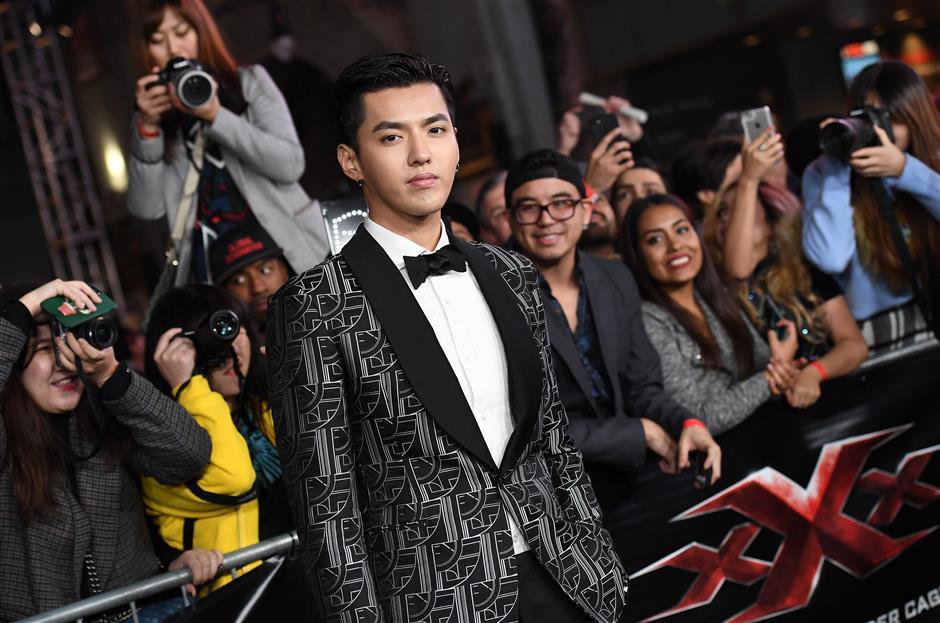 The superstar's arrest didn't deter his diehard fans, one female fan even said she was willing to trade places and go to jail for him.

The Cyberspace Administration of China responded by urging websites and online platforms to promote more "rational" activities by fans. It then launched a two-month crackdown on activities by celebrities intended to raise money from minors.

Chinese sprinter Su Bingtian was hailed as Sushen, or "Super Su," after he set an Asian record of 9.83 seconds in the semifinals of the 100-meter dash at the 2020 Tokyo Olympic Games. He became the first Asian man to reach the finals in 89 years, although he finished sixth in the final with a run of 9.98 seconds. 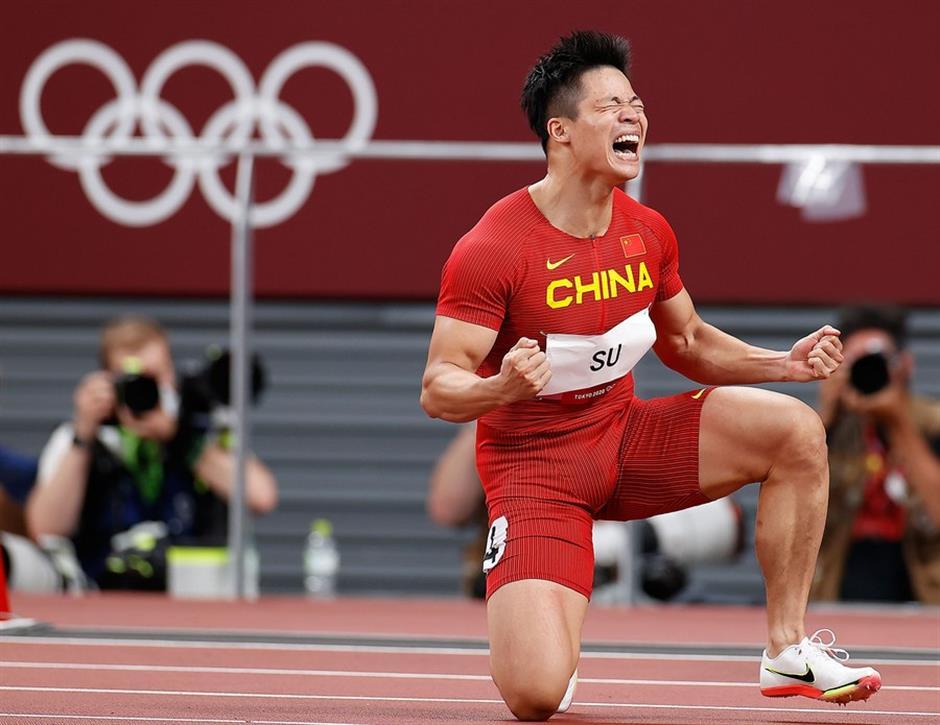 Su Bingtian reacts after qualifying for the men's 100m final at the Tokyo Olympic Games on August 1.

Netizens later learned the story of the painstaking years that he had spent pushing his body to the limits.

For the men's 100 meters, it is common for athletes to retire around the age of 26, but Su, in his early 30s, chose to continue his training, exploring scientific ways to increase speed, including switching which leg he would use to start the race. It worked.

After being detained by Canadian authorities for 34 months, Meng Wanzhou, Huawei's chief financial officer, landed in the southern Chinese city of Shenzhen on September 25.

Meng was arbitrarily detained by Canada in response to a US extradition request on December 1, 2018, at Vancouver International Airport. 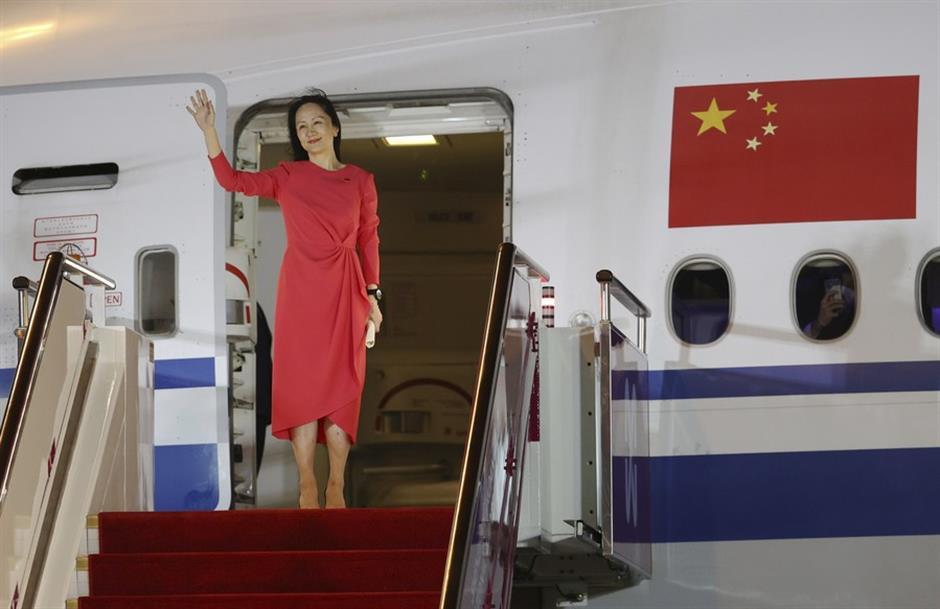 Meng Wanzhou waves to a cheering crowd as she steps from a charter flight at Shenzhen Bao'an International Airport in Shenzhen, south China's Guangdong Province, on September 25.

Wang Yaping, 41, was the first female astronaut to visit the Tiangong space station in October with two other astronauts on a six-month mission to construct a space station. The mission left many on social media in awe.

Millions of netizens watched the breathtaking moment when Wang and Zhai left the station and conduct their tasks with the aid of a mechanical arm.

On December 9, the three astronauts presented their first live class from China's space station, including tours of its living and working areas, to students across China. 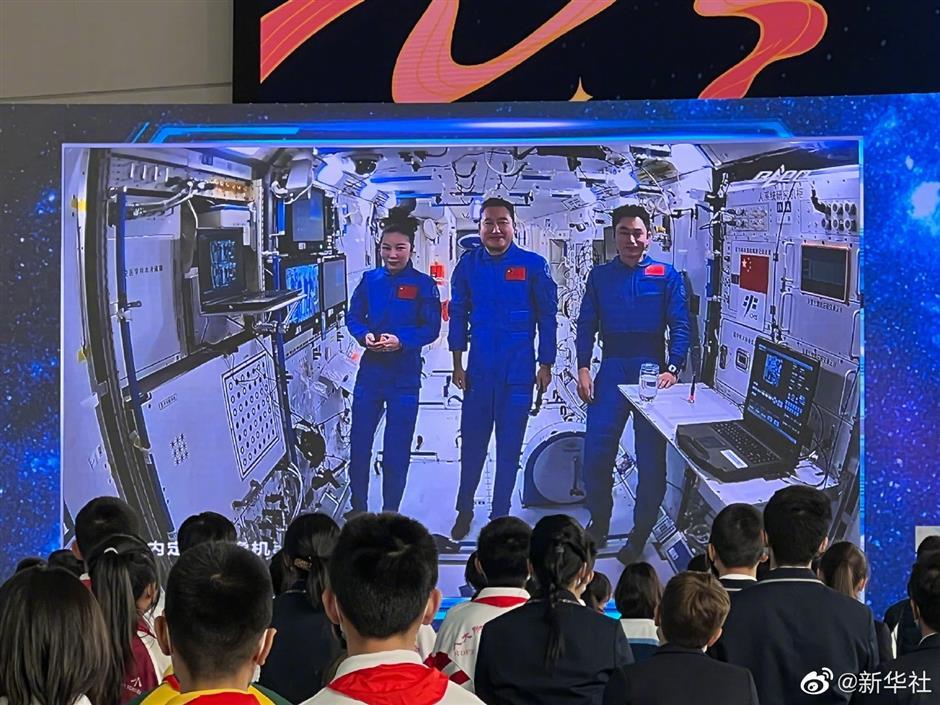 Astronauts on the Shenzhou-13 mission give a special lecture from Tianhe space station to students on Earth.

The Sixth Plenary Session of the 19th Communist Party of China's Central Committee, held in Beijing from November 8 to 11, adopted a landmark resolution on the major achievements and historical experience gained from the CPC's 100 years of endeavor, according to a communique.

The plenum, which was convened at a critical historical juncture, is of great historical significance. It demonstrated a high degree of political awareness of the Party and its confidence and commitment. 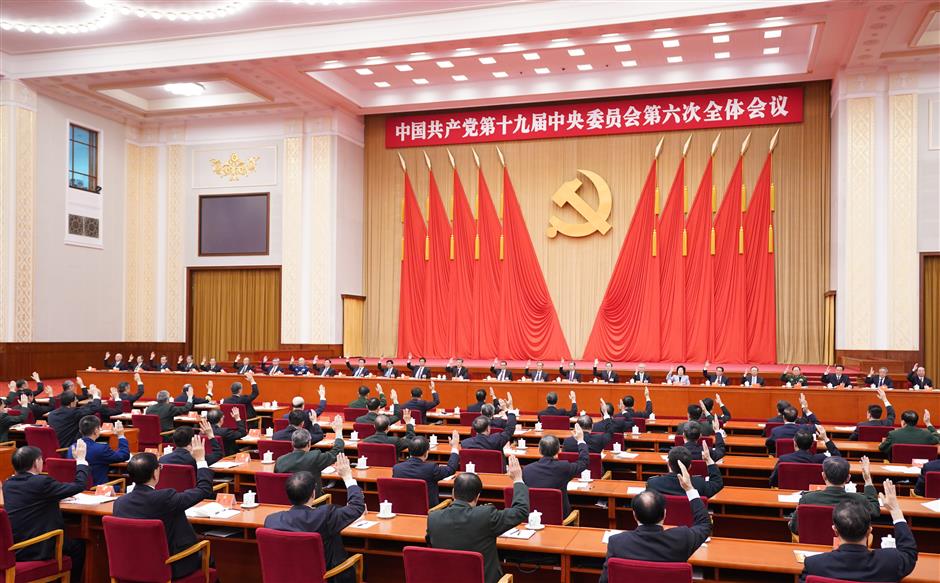 The Sixth Plenary Session of the 19th Communist Party of China's Central Committee is held in Beijing from November 8 to 11.

It was the maiden LoL world title for the top Chinese club which has six domestic league titles to its credit. It had never progressed, however, to the last four at the worlds.

Only nine hours after Edward Gaming won the title, the topic EDG had been read 3.4 billion times on China's Twitter-like Weibo. It was a truly inspiring moment for China's gamers. 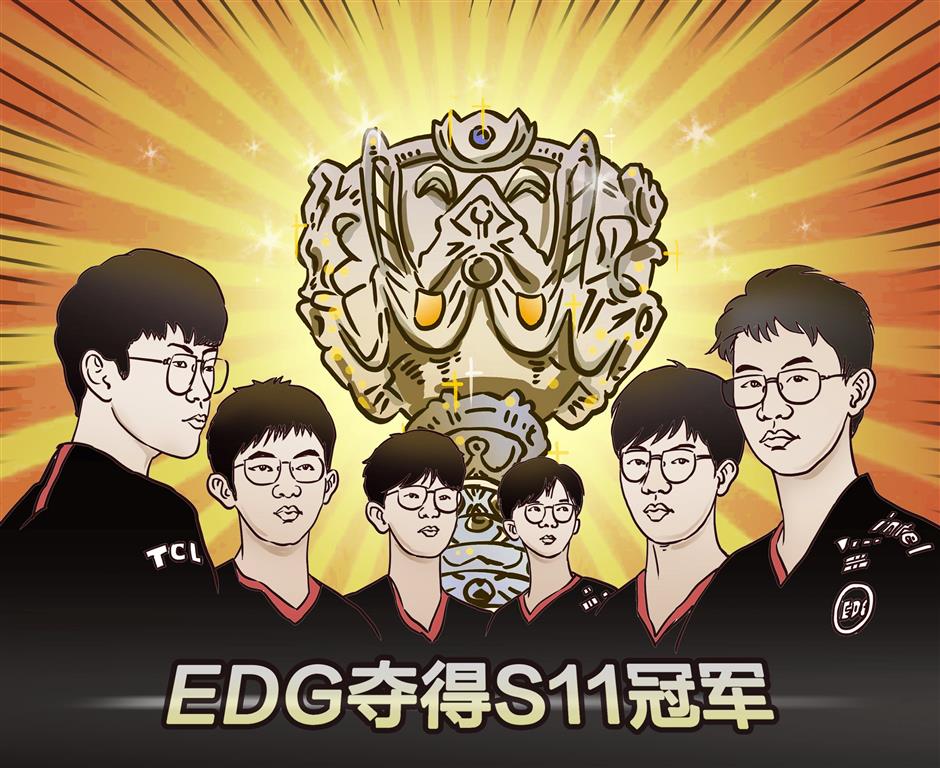 Chinese ride-hailing giant Didi announced on December 3 that it would delist from the New York Stock Exchange and prepare to list in Hong Kong.

The company was listed on the NYSE on June 30.

Later the Network Security Review Office announced that Didi would be subjected to a review.

A subsequent statement said that, after testing and verification, the Didi app had serious data security issues and was removed from the app store. 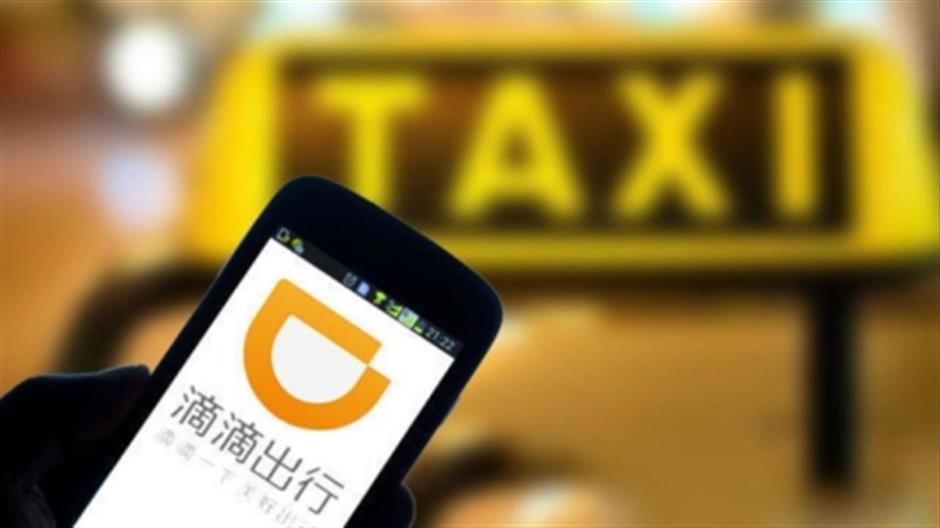 Chinese ride-hailing giant Didi announced its delisting from NYSE in advance of listing in Hong Kong.

Father reunited with son after 14 years

Chinese are familiar with the emotional story depicted in the movie "Dearest" about a divorced couple in the Guangdong Province city of Shenzhen and the disappearance of their son.

The movie is based on a true story. The father, Sun Haiyang, never stopped looking for his son, Sun Zhuo, after believing the boy was abducted.

The father did everything he could to find Zhuo but it was to no avail.

Thanks to advances in security networks and surveillance technology, the police finally made a breakthrough and helped Sun find his son.

When Sun Haiyang held his son in his arms, it was really a tear-jerking moment. 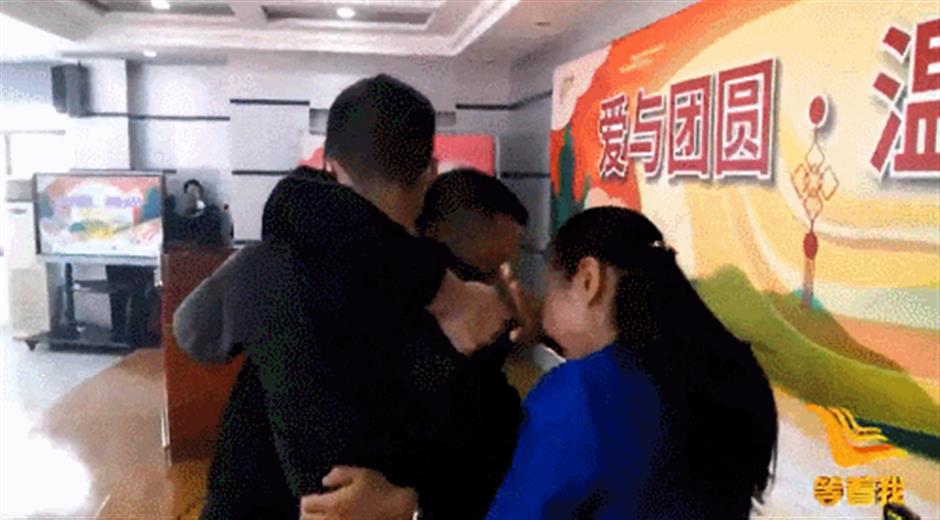 Sun Haiyang and his wife in tears as they hold their son.

China's top-selling livestreamer Viya, whose real name is Huang Wei, was fined a staggering 1.34 billion yuan (US$210 million) for tax evasion on December 20. The news shocked netizens around the country and started a guessing game about her actual income.

The fine included taxes worth 634 million yuan, which Huang evaded in 2019 and 2020 by concealing her real income and the nature of her revenue, and 60 million yuan in unpaid taxes.

After the announcement, tax authorities from various cities and provinces urged celebrities and liverstreamers to pay up their taxes. 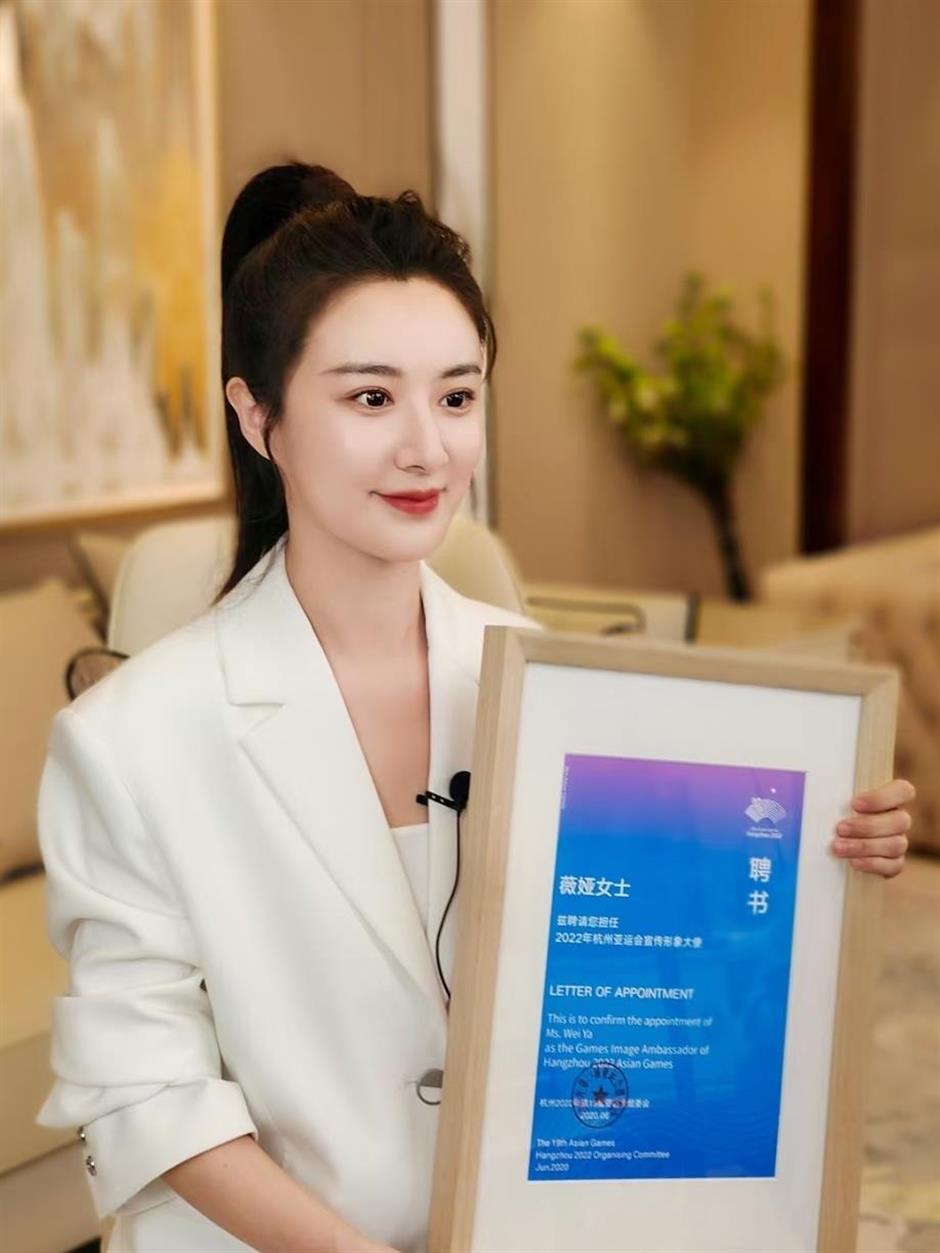