Last year, police in Pishan County, in China's Xinjiang Uygur Autonomous Region, opened an investigation into a travel blogger who allegedly insulted martyrs and heroes by posing for photos in front of their tombstones. The blogger later was sentenced to seven months in prison during the first trial.

Recently, the local court issued its final ruling in the case, convicting the blogger of the crime and upholding the seven-month sentence.

Last July, netizens on Weibo exposed a travel blogger posing for photos beside the tombstones of heroes who defended the country and protected its borders. The incident quickly went viral, with many netizens criticizing the blogger's behavior. 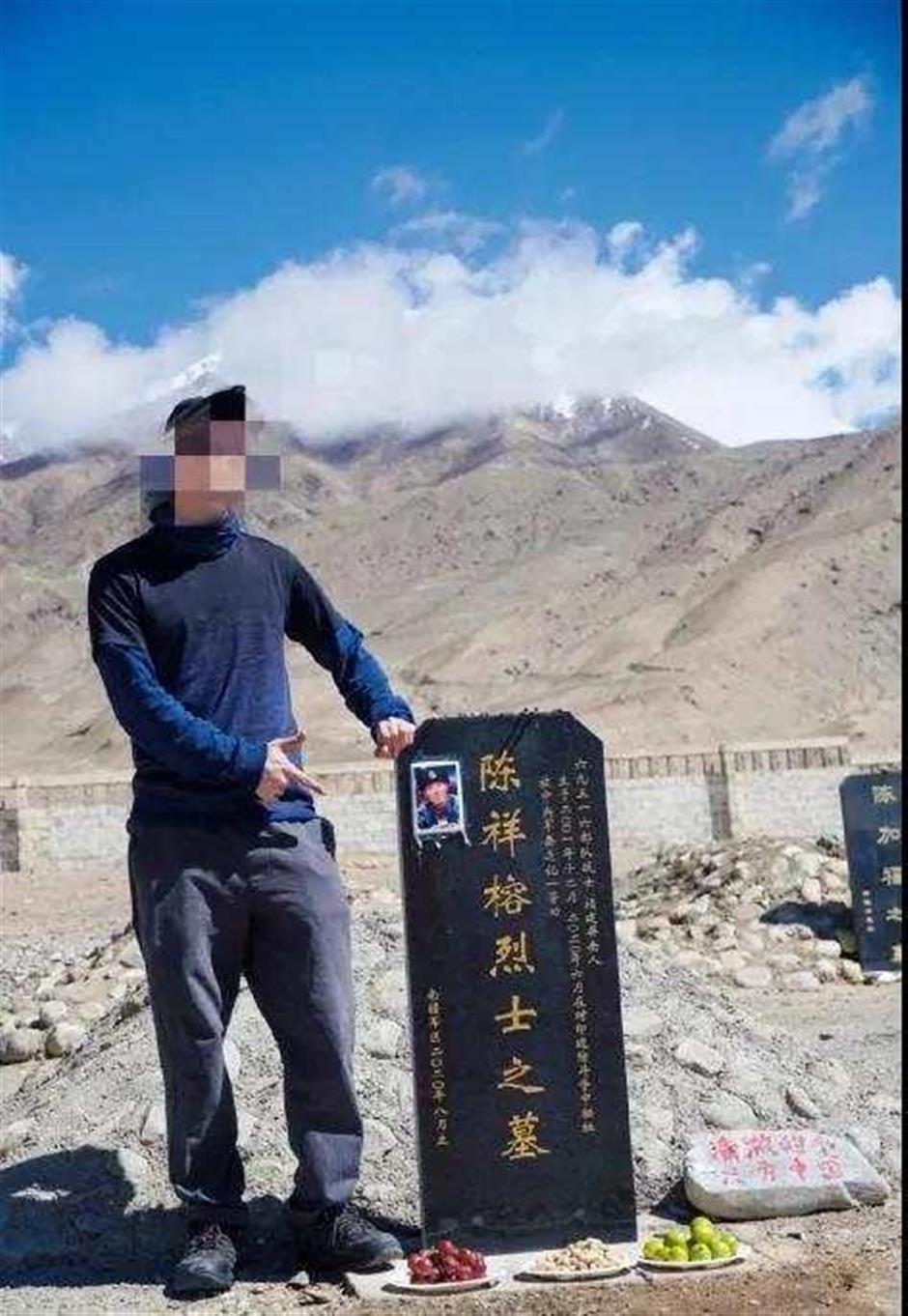 The blogger's pose shows no respect to the heroes.

Judging by the photos, the incident took place at the Kangxiwa Martyrs Cemetery, which is located between snow-capped mountains at an elevation of 4,280 meters in Xinjiang. More than a hundred martyrs who sacrificed their lives to defend the country are buried here.

In one photo, the blogger is shown leaning against a gravestone with his feet on the pedestal. In another, he is leaning against the tombstone of Chen Xiangrong, who lost his life in a border clash with Indian troops in June 2020, making what looks like a shooting gesture with the other.

On the same day, the blogger shared the photos in his WeChat Moments with about 5,000 online friends. When several friends pointed out that those pictures showed no respect to the heroes and martyrs, he deleted them but later published them on the online media platform Toutiao News to gain more attention.

The Xinjiang regional procuratorate later said it had contacted the tourism department and suggested putting the blogger on a travel blacklist. Meanwhile, Toutiao News issued an announcement stating that the blogger's account will be permanently banned.