July heat hits records, and it ain't over yet! 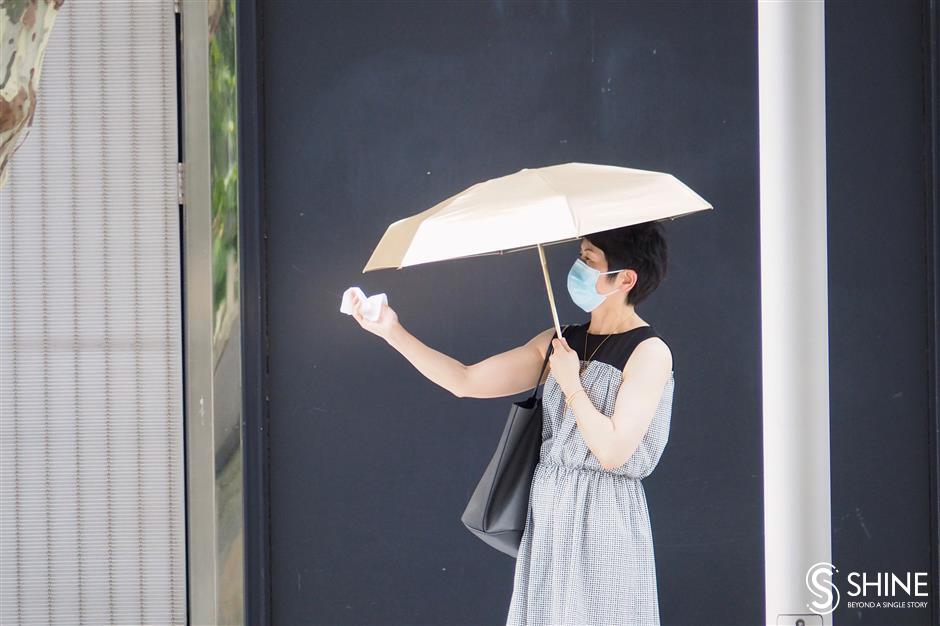 A woman holds an umbrella to shield herself from the sun in Shanghai.

Most of us suffered under scorching heat last month. No wonder – it was the country's second-hottest July since 1961.

The national average was 23.2 degrees Celsius last month, 1 degree higher than the long-term July average. The hottest July on record was in 2017, the China Meteorological Administration said on Wednesday.

Zhejiang, Sichuan, Yunnan and Guizhou provinces experienced their hottest July on record, according to weather.com.cn, the county's weather service.

Electricity consumption in many eastern areas such as Zhejiang and Shanghai is hitting record highs, and many people in Zhejiang, Jiangsu, Sichuan and other provinces have suffered heatstroke, the CMA said.

Hot days will continue throughout China in August under the influence of a strong subtropical high pressure system.

Chongqing and Zhejiang will see highs of 40 or above in the next few days. Cities such as Hangzhou, Hefei and Chongqing are likely to hit record highs this year.

Wang Weiyue, an analyst at weather.com.cn, said sultry weather from the north is coming, and the temperature in some parts in the south may reach a new high this year.

The heat will likely be worse than July. Wang warned people to watch out for the adverse effects on their health, agricultural production, transportation and other aspects.