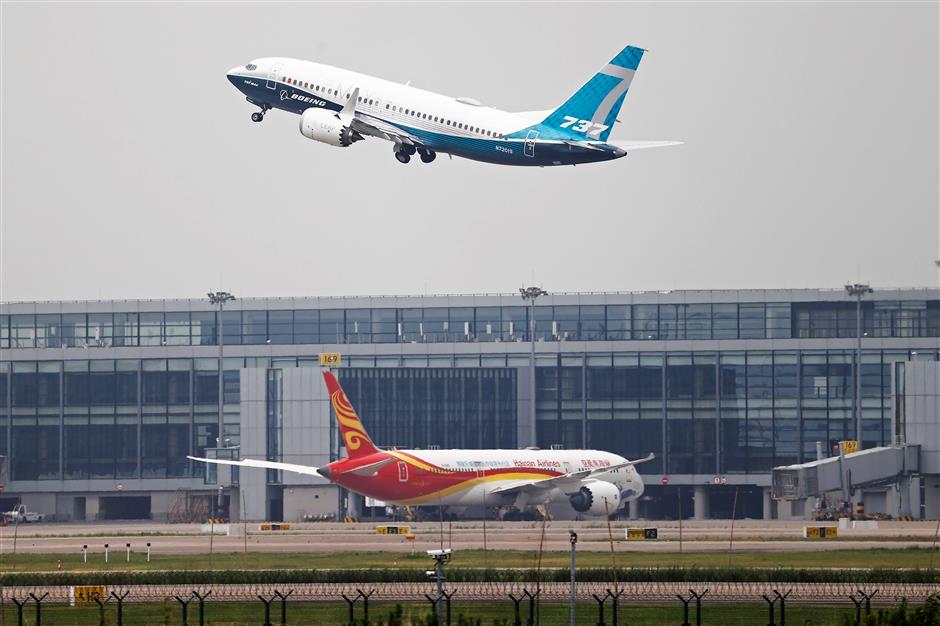 A Boeing 737 MAX takes off at the Shanghai Pudong International Airport in August 2021 for a test flight to resume the fleet's services.

China is reviewing the return of the Boeing 737 MAX, which has been grounded for more than three years in the country following two deadly plane crashes overseas.

The nation's civil aviation authority has hosted a meeting with the United States planemaker on pilot training plans for the improved aircraft model.

The jet has yet to be flown commercially in China since March 2019, when it was grounded globally after the fatal crashes that together claimed 346 lives.

The Civil Aviation Administration of China held the meeting with Boeing in Zhoushan Archipelagos of neighboring Zhejiang Province on September 14, the CAAC said on Wednesday.

The administration said it would release a revised report on the 737 series aircraft when "the questions raised at the meeting were resolved."

It will mark the completion of full procedures required to restore the procurement of the 737 MAX in China.

CAAC officials in charge of the flying standard and aircraft evaluation, along with air traffic controllers and aviation experts attended the meeting at an aircraft delivery center of Boeing in Zhoushan.

Officials from Boeing China and the Zhoushan center also took part, while technical teams of the 737 aircraft offered online support from the company's headquarters in Seattle, US. The participants visited the center after the meeting, according to a report by the CAAC's official newspaper.

The planemaker said in July that it had about 290 undelivered 737 MAX airplanes and about half were designated for Chinese customers. 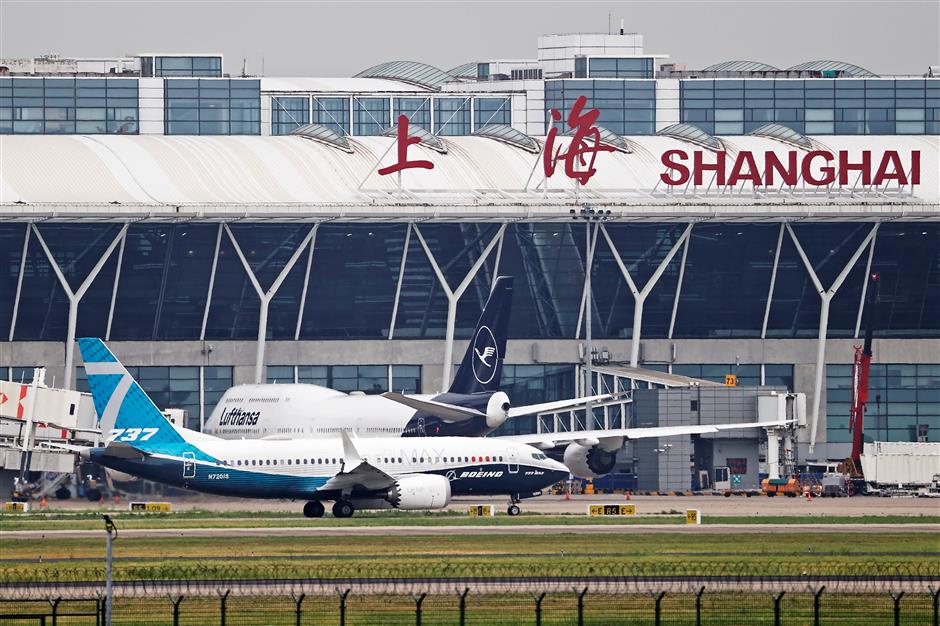 The CAAC ordered the grounding of all 737 MAX planes after an Ethiopian Airlines crash – near Addis Ababa – in March 2019 appeared to have similarities to a Lion Air crash in Indonesia in October 2018 involving the same type of plane.

Investigators said the main cause of both crashes was a faulty flight handling system known as the Maneuvering Characteristics Augmentation System.

China operated the largest number of 737 MAX aircraft before the grounding. Thirteen Chinese carriers had 96 such planes in service.

Boeing's top executives said on September 15, a day after the meeting in Zhoushan, that the planemaker would begin to remarket some 737 MAX jets earmarked for Chinese customers because it could not wait indefinitely, according to Reuters.

Boeing Chief Executive Dave Calhoun said resuming deliveries in China was critical to Boeing's future, but the outlook for selling planes to the country in the near term was negative.

According to Bloomberg, the 140 737MAXs scheduled to be handed over to Chinese carriers were worth a total of US$5 billion. The remarketing aims to reduce storage and relieve the debt burden afflicting the planemarker.

Boeing has predicted that China will need 8,700 new civil aircraft in the next two decades, three-fourth of them single-aisle jetliners. The planemaker is striving to regain market share in China with the restoration of 737 MAX and delivered the new planes at the Zhoushan center.

"The recent meeting indicates that the MCAS of 737 MAX has been modified, so the next step is to train pilots on the revised model and ensure the plane's future safe operation," said Li Hanming, a Chinese civil aviation analyst.

In November 2021, Chinese authorities required upgrades to the 737 MAX planes, including installing new software programs to address the defect and updating the flight manual.