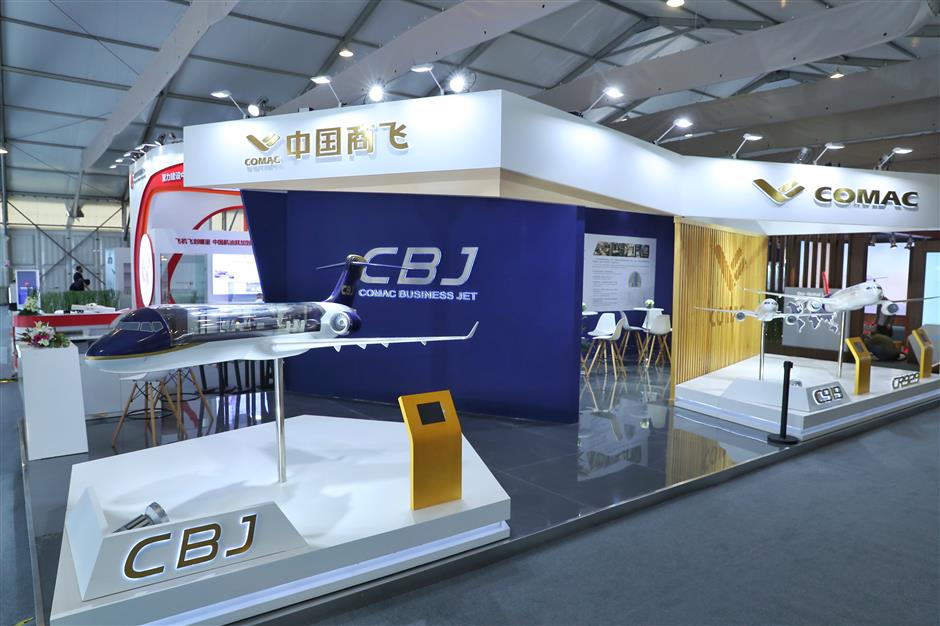 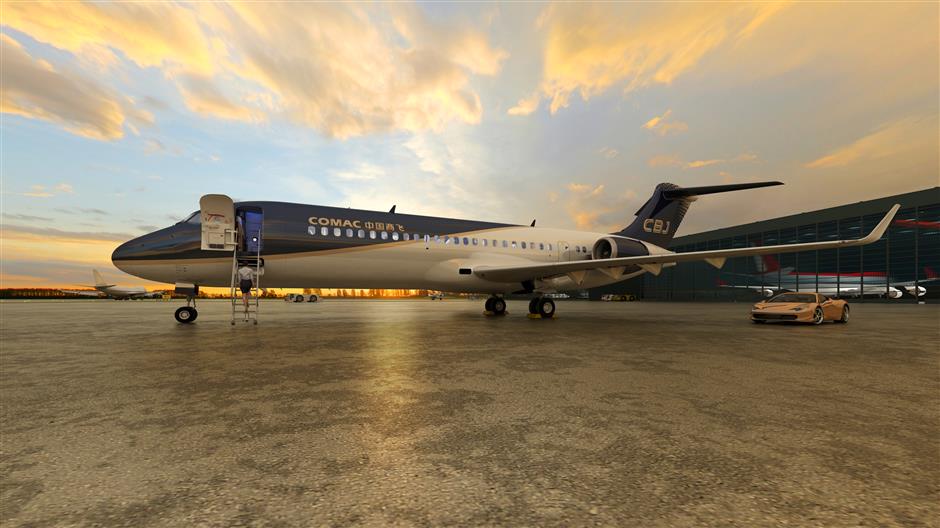 An artist's rendition of a CBJ business jet, developed from the nation’s first home-grown regional jet, the ARJ21.

The Commercial Aircraft Corporation of China unveiled its new CBJ business jet, based on the nation’s first home-developed regional jet, the ARJ21, at Tuesday's opening of the Asian Business Aviation Conference & Exhibition at Hongqiao Airport.

COMAC is taking part in the exhibition, which brings together major players in the field, for the first time this year, displaying a model and drawings of the the CBJ, which is expected to compete with rival foreign companies, according to COMAC.

The CBJ business jet features more cabin space than rivals in the same class. It can be configured with 12 to 29 seats, a separate VIP bedroom, lounge, meeting room, sitting room and dining section, depending on the demands of the customer.

The domestically-made jet also has better soundproofing, cutting engine noise to 55 decibels — quieter than that on a busy street.  With a range of 5,500 kilometers, it can adapt to a wide variety of flying conditions, from extreme temperatures, to high altitudes and strong crosswinds.

COMAC will introduce the development of its business aviation sector and negotiate with potential clients during the exhibition, the company said.

The annual business aviation exhibition has been dominated by foreign manufacturers since it began in in 2012.

This year, more than 30 of the world’s most-advanced business aircraft from Airbus, Embraer, Dassault, Textron and Bombardier were showcased on the tarmac at Hongqiao as part of the exhibition which will end Thursday.

The ARJ21 began commercial flights on June 28, 2016, with mass production starting from September 2017.

Currently, Chengdu Airlines operates 11 ARJ21s flying to 20 Chinese cities. The jet has also been delivered to its second operator, the newly established Genghis Khan Airlines based in Inner Mongolia.

More than 100 ARJ21s will be delivered in the next five years, as COMAC challenges the dominance of Bombardier and Embraer in regional jets.

The cabin of the CBJ business jet will offer a variety of configurations. 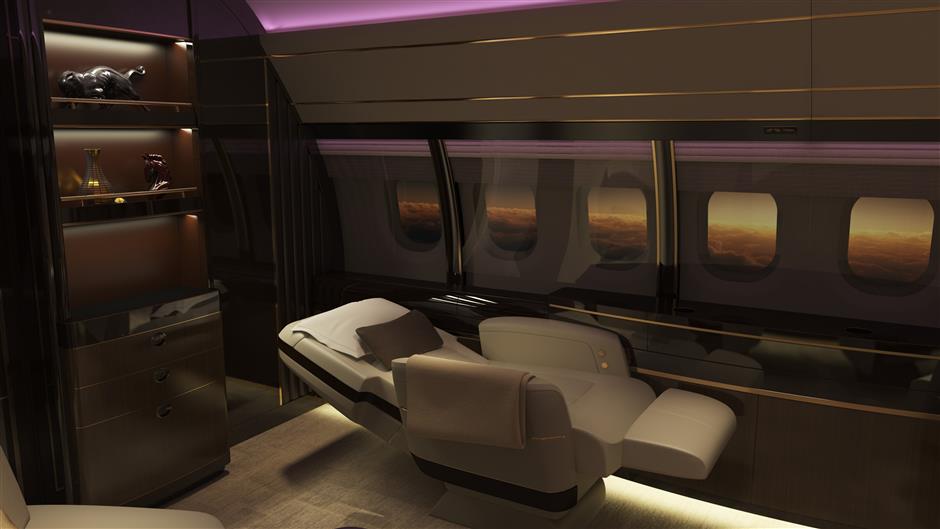 An artistic rendition of the cabin of China's home-grown CBJ business jet. 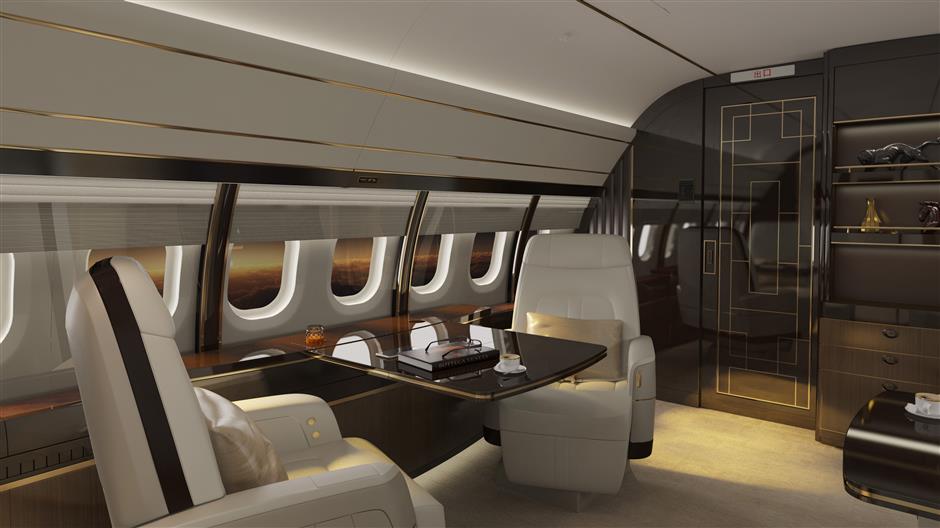 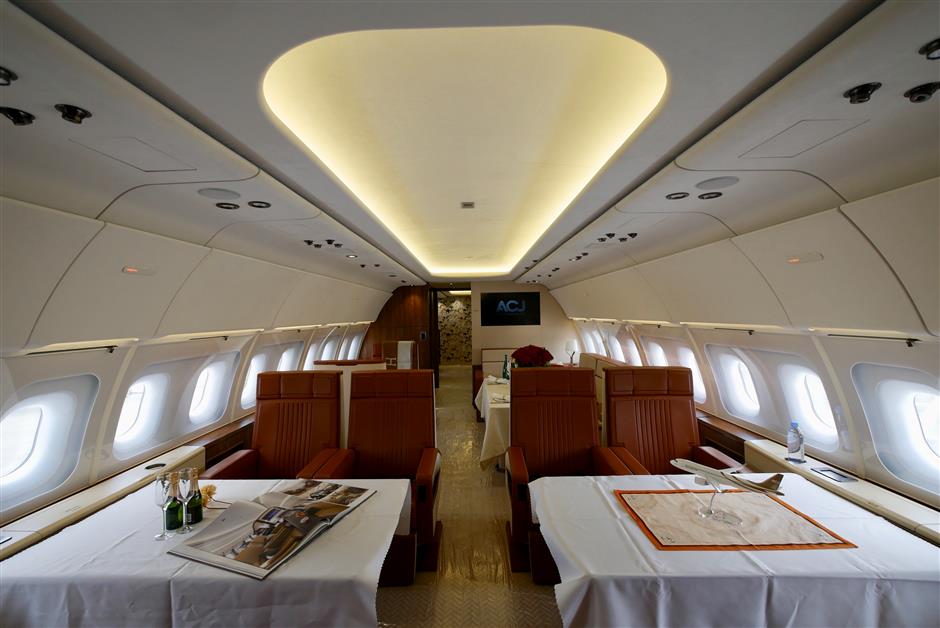 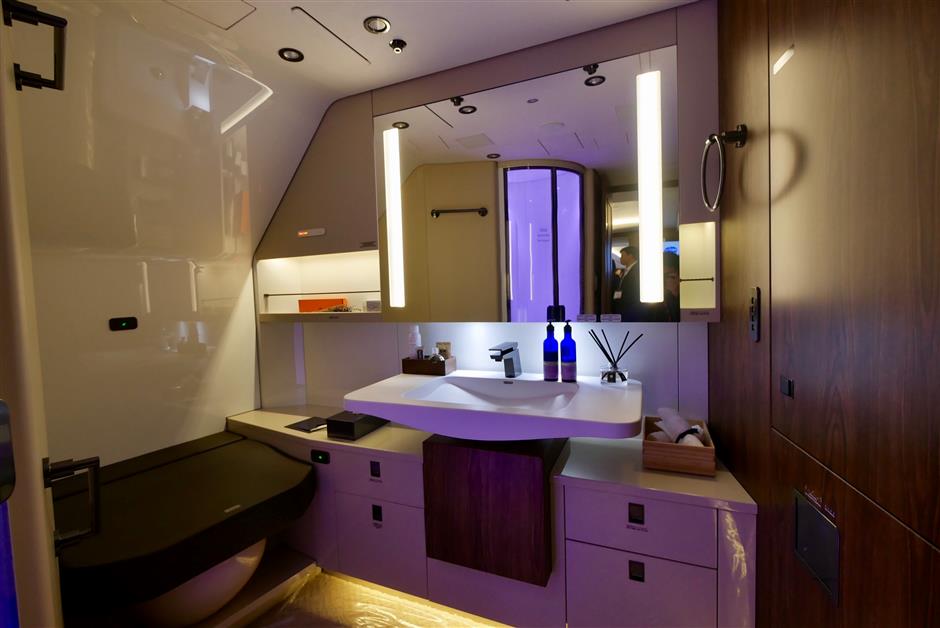 The bathroom within the Airbus ACJ319 business jet